Home|Motoring|Super-charged cars, thundering along
Previous Next 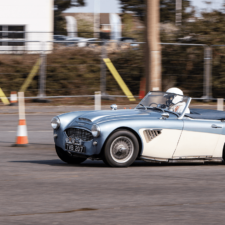 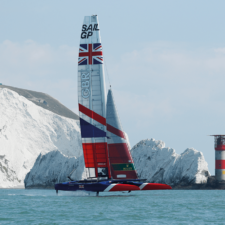 Super-charged cars will be thundering along Sandown seafront next spring at speeds of up to 100mph, and there will not be a police speed trap in sight!

Then later in the year, when SailGP returns to the waters off Cowes, even a police launch would struggle to keep up with the yachts as they skim over the waves reaching speeds of up to 50 knots. It promises to be a speed-fuelled 2020!

Following nearly two years of preparations, Solent and the Isle of Wight Car Club have announced dates for the first Sandown Sprint. Over the weekend of March 28 and 29, the new motor sport event will be one of the first of its type to be held on public roads in England.

The concept was first put forward by Solent to the IW Car Club in December, 2017 after a change in the law allowed local authorities to close public roads to allow racing. The two organisations have since been working together to develop the idea with input from a number of motor racing experts.

Promoter of the event, Tim Addison, from Solent, said: “It has been a long road, but after many months of talks with local businesses and organisations, we have successfully submitted our application to Motorsport UK, the sport’s governing body. A team recently visited the Island for a full inspection of the proposed track and has now given our plans a green light.”

As part of its overall evaluation, Motorsport UK also undertook a formal consultation process which included the Isle of Wight Council, Island Roads, Sandown Town Council and the Island’s Safety Advisory Group. Entries for the event will be limited to 100 cars in the first year and the organisers will be opening these firstly to drivers from the Island before allowing those from the mainland.

Malcolm Smith, Chairman of the IW Car Club, said: “The approval of the Highways Authority is vital to the process and we are most grateful to both the Council and Island Roads for the support they have demonstrated.”

The Sandown Sprint will be open to spectators, with the seawall along Culver Parade providing an elevated vantage point. Local businesses alongside the track in Sandown have been involved at various stages of planning and the organisers are looking to widen the net and get more involved​.

Malcolm said: “Hopefully we can encourage a number of local farmers to set aside some straw bales for us to borrow for the weekend. We will also need a number of track and spectator marshals, so anyone who would like to be involved should get in touch.”

Isle of Wight rally driver, Richard Weaver, added: “I will be among those putting forward my entry to compete and urge the island to get behind this fantastic initiative.”

Meanwhile, the thrills and spills of adrenaline-fuelled racing will also be continuing on the water. Following its European debut event last year that resulted in some of the most dramatic moments of Season 1, SailGP is returning to the UK in Season 2.

On August 14 and15, the world’s fastest sail racing boats will compete on the Solent. Cowes SailGP, the fourth stop of SailGP Season 2, will take place during Cowes Week, and tickets will go on sale in March.

The Great Britain SailGP Team will want to impress the home crowd in Cowes and win its first SailGP event title, as the team looks to fend off rivals Australia, China, France, Japan and the United States, plus the possibility of an additional team. 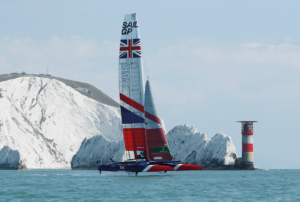 Last year’s SailGP European debut delivered some of the most thrilling action of the inaugural season, with Australia making history by breaking the 50-knot speed barrier in the first race en route to winning the Cowes SailGP title. Strong winds contributed to heartbreak for the British team, which had to retire from racing after sustaining damage during a dramatic nosedive.

More than 24,000 spectators turned out to witness the action off Egypt Point in Season 1, which reached a total global audience of 231 million. SailGP CEO, Russell Coutts, said: “Cowes is renowned as an iconic sailing venue but also the south coast is a big tourist destination in the summer.”

Cowes will be the fourth event in SailGP Season 2, which debuts in Sydney, on February 28 and 29, before heading to the U.S. for events in San Francisco in May and New York in June.