Putting the icing on the cake

Home|Equestrian|Putting the icing on the cake
Previous Next

Putting the icing on the cake 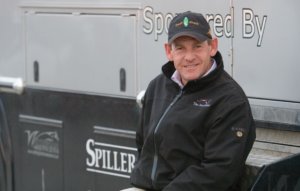 When Island Life talked to Tim Stockdale in the middle of May, Tim and his 17.1h grey mare, Fresh Direct Corlato, had just finished competing at Royal Windsor, Corlato’s first outdoor show of the season and part of Tim’s carefully constructed build-up programme of events prior to the much-hoped for Olympic selection.

“We’re just exactly where we want to be,” Tim said of Corlato’s Windsor performance, where she was fourth in the Grand Prix. “We were early to go in the jump-off and we had some good horses behind us, but I am very happy with how she went.”

For the first time, the pair qualified for the show jumping World Cup final held in Gothenburg, back in April, but did not make the trip to Sweden, taking the hard decision to miss the show in view of the importance of competing at two shows in Europe in May. It’s always been Tim’s ambition to compete in the World Cup final, but his aim is the Olympics and he’s never had a better opportunity to go.

Tim has nominated two Super League Shows, in Rome, Italy (22-25 May), and St Gallen in Switzerland (29 May-1 June), as his final Olympic Games preparation and it is at these two competitions that British Team Selector Derek Ricketts will be watching intently and evaluating Tim and Corlato’s performance. It will very much depend on their performance at these two important venues as to whether the pair will be picked to be part of the British Olympic Show Jumping team effort at the Olympic Games to be held in Hong Kong this August. The pressure will be on, but Tim’s ready for that:

“We didn’t want Corlato, who is now 11, to peak at Windsor, and we’ve got a little bit to do this week, before we set off for Rome at the weekend,” he says. “Corlato’s nice and sound and very fit and well, but perhaps just a bit short on ring practise, so we need to work on that this week.”

So, what exactly does ‘a bit to do’ mean for a potential Olympic horse and rider which have the eyes of the British selector on them at two important Super League shows in the next three weeks? The schedule, of course, is carefully planned.

“We arrived home from Windsor the evening the show finished,” explains Tim. “The following day we turned Corlato out in her pen so she could relax and chill out with the sun on her back. The next day I took her up into our fields and gave her a good big gallop to work on her fitness. I like to follow that with some gymnastic jumping to work on her elasticity and then the next day we do a bit of dressage.” Dressage for Tim includes lateral work such as leg yielding (a form of sideways movement), and lots of lengthening and shortening of the stride in canter. By Friday it was time for some serious jumping over some really big fences, around 1m60 in height, and on Saturday Corlato and Tim planned for an easy day before Corlato set off for Rome.

Not exactly the jet set life for Corlato; her journey to Rome involves three days of travelling on the road and two overnight stays for the grey mare known at home as Ruby, and her two equine companions, Talori and Roland II. Corlato’s groom, Joanne Boyd who drives the wagon as well as looking after the horses, will make two scheduled stops en route; the first in France, near Rheims, and the second at a yard near Turin in Italy. Tim flies out on the Wednesday and the show begins the following day.

“John Whittaker has followed a very similar Olympic preparation programme to us,” says Tim. “The only difference is that John chose a show in Hamburg as his warm up and I preferred Windsor. Hamburg is held on grass, and I decided to go to Windsor because there we jump on a surface, which is very similar to what we will have to do at the games.”

After Rome, Corlato will travel on to Switzerland, another 12-hour drive, but at least she will arrive on the same day. The horses will leave immediately after the show finishes and take two days to get home. “She’ll be away for a total of two and a half weeks,” says Tim.

If the pair go well, then selection should be almost a formality, provided Corlato stays sound and well, but if not, then Tim still has a plan B up his sleeve. “If we need to, we can still go to a show in Rotterdam to prove to Derek Ricketts that we should be selected to go to the games,” he says, but the decision on who will ride for Britain in Hong Kong will not be made until mid June. That’s still a long time to wait for the telephone to ring, and to keep the horse in perfect condition.