The healing power of art

The healing power of art 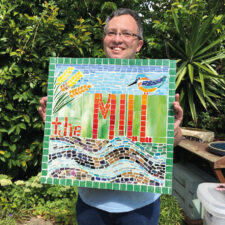 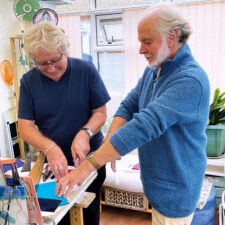 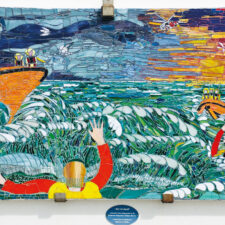 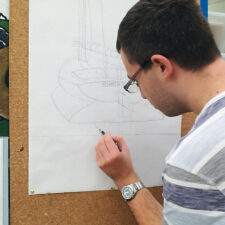 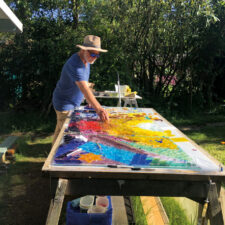 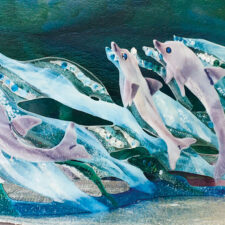 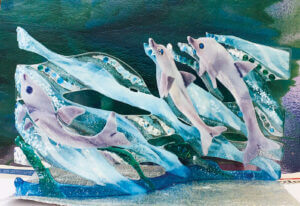 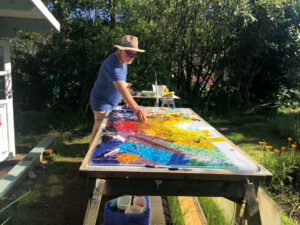 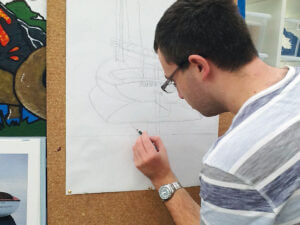 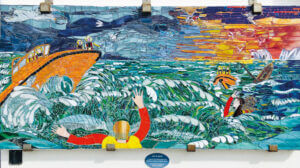 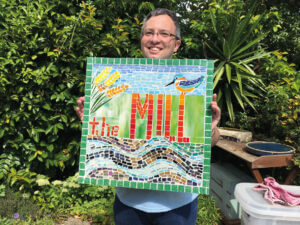 To Freshwater artist Boris Moscoff, art goes much deeper than just creating pretty pictures. In fact, having spent a lifetime teaching and practising as a painter and maker, he sees art as a powerful tool for healing.

It was after graduating in Fine Arts in South Africa that Boris first began working with adults with learning disabilities, and realised the huge potential of art as therapy.

After moving to the UK in the 1970s and initially working in school settings, he and his wife Brenda – also a teacher – started an initiative near Ringwood, Hampshire, specialising in the needs of adults with learning difficulties.

The Lantern Community was set up to offer learning in everything from painting, weaving and pottery to baking and horticulture, and over a period of almost three decades it grew into a thriving centre for learning, which continues to this day.

By 1999, however, Boris and Brenda were looking for a new challenge, which was how they came to move to the Isle of Wight, setting up a bed and breakfast hotel in Freshwater to offer the same kind of workshop programme as they had previously helped build in  Hampshire.

For almost 20 years, their Seahorses B&B and huge garden was a hive of activity, a magnet for visitors and locals who lapped up the opportunity to explore all kinds of arts and crafts in a creative, workshop setting.

“Human beings need art to make us complete”  says Boris.  “We weren’t built to just work until we drop.

“People with learning difficulties respond particularly well to art because it’s a non-verbal language – but that’s the same for all of us.  Whatever difficulty we might face in life, all differences between people seem to melt away when we’re working on art”.

Not surprisingly, when the Moscoffs decided it was time to retire and move on from the B&B three years ago, the locals missed their art space – which is why Boris now runs smaller-scale workshop events at the retirement cottage he and Brenda have moved to, just up the road.

Being now freed from the constant domestic chores involved in running the B&B means that Boris also has more time to devote to his own painting, sculpture and glasswork.

His landscapes and seascapes can be found at exhibitions around the Island, and some of the public installations he has been involved with include the group of four “Seasons” mosaics in the dementia gardens at St Mary’s Hospital, and two colourful mosaics at Freshwater Bay, created as group community initiatives.

Boris remains a fervent believer in the power of art to transform lives, and observes:  “As humans, we have eight hours a day sleeping, eight hours working .. so what are the other eight hours for?  The people who spend some of those hours on their art will usually find it’s time very well spent”.