Tales of the Riverbank

Home|Events|Tales of the Riverbank
Previous Next

Tales of the Riverbank 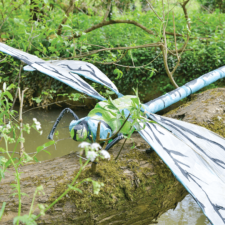 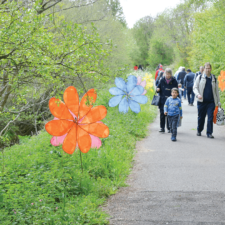 The annual May Day outdoor arts and countryside festival, All Along the Riverbank, proved more popular than ever when it was staged for a third time this year. In fact, organisers reckoned that twice as many people turned out at the two-mile long and two-metre wide event-site along the banks of the Eastern Yar.

The riverbank, part of the Squirrel Trail cyclepath between Newchurch and Sandown Waterworks, was once part of the Island’s rail network, and is now home to an abundance of plants and wildlife, social history and archaeology. Children and adults worked together to create temporary installations and took part in performances and fun activities along the way. 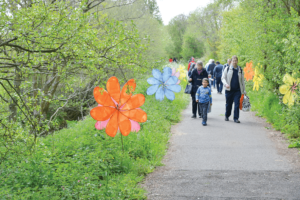 Chris Slann, Executive Director of event organisers the New Carnival Company, was “overwhelmed by the number and diversity of people walking along the track”, while Creative Director Frankie Goldspink, said: “The whole project is about getting people out in the countryside on their doorstep. So many local people from, for example, Sandown and Shanklin have told me they never realised all this was here”