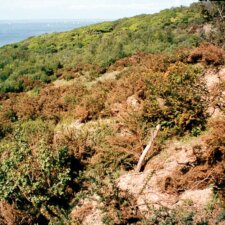 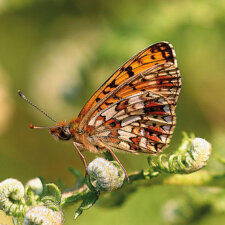 In May 1912, Charles Rothschild, naturalist and banker, called a meeting to establish a network of nature reserves. Joining him in the Natural History Museum at South Kensington were some of the most eminent naturalists of the day. Together they established the Society for the Promotion of Nature Reserves, which grew over successive decades to become The Wildlife Trusts. That meeting set in place the foundations of what the Trust does today.

By 1915, the Society had published a list of 284 potential nature reserves ‘worthy of protection’. The nature reserves proposed for England included the Purbeck Heaths, Dungeness, the Lizard peninsular and the East Anglian Brecklands. There were 11 reserves originally proposed for Hampshire and the Isle of Wight, but only ten made it to the final list. The New Forest was proposed as a nature reserve, but this idea was ‘postponed’ after a hostile reception from the Government’s forestry officers.

How have the 10 proposed reserves fared over the last century? Reassuringly, all of the sites survive – at least in some form – and all are recognised as being of national importance to wildlife through designation as Sites of Special Scientific Interest (SSSIs). Parts of all but one are owned by conservation organisations and are managed for wildlife. However, many sites have shrunk, become fragmented and are increasingly isolated. A history of a just a few of the sites gives a flavour of what has happened.

Land East of Yarmouth was the rather clumsy title given to the rough cliffs and pastures of what we now call Ningwood and Bouldnor on the Isle of Wight. The site was described as ‘quite derelict, inhabited by fine vipers’ but highly regarded for its invertebrates. At the time the land was being divided up for ‘small villas’. The Trust established its Ningwood nature reserve in 2002. Purchased from a sympathetic landowner with the help of a local benefactor, the flowery and heathy grasslands have been cut out of the scrubs that once threatened to overwhelm them.

Ningwood is also the last place in Britain where the reddish buff moth survives. This moth needs pastures rich in plants of saw-wort, which grow among the dyer’s greenweed and flea sedge. The abundant violets support the Island’s only population of small pearl-bordered fritillary butterflies. Just to the west of Ningwood is Bouldnor where in recent months the Trust has established the Bouldnor nature reserve. This is our largest reserve on the Island. It offers opportunities to revive the lost clifftop views of the western Solent and provides a base to introduce the next generation of children on the Island to wild nature. 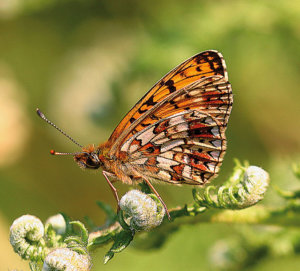 Langstone Harbour was one of three coastal wetlands in Hampshire to be recommended as a nature reserve. In 1912, the great natural harbour was a landscape of broad expanses of intertidal muds and saltings grading into shingle banks and grazing marshes.

Today the landscape is very different; it is polarised between what has been subsumed into the growing towns and cities and what remains naturally intact. Even before the establishment of the Trust, there were naturalists who recognised the importance of Farlington Marshes.

Farlington became one of the Trust’s first reserves in the early 1960s. It was originally looked after for a private farmer and then leased from the City Council. These days Farlington is the great grazing marsh of the harbour – a high tide and foul weather refuge for the myriad of birds that depend on the rich harbour wetlands. During Rothschild’s time, Farlington Marshes were valued but were relatively unremarkable, since such marshes abounded around the harbour edges. Today all but Farlington are gone: lost beneath the urban growth of south Hampshire. With sea level rise, and a failing sea wall, even the future of Farlington remains uncertain.

St Catherine’s Hill would have been well known to Rothschild’s naturalists as it is close to Winchester Railway Station and has been much visited by the scholars of Winchester College. The Hill was selected for its butterflies and wildflowers. A visitor to the Hill in the early 20th century would barely recognise it today. The once bare hillsides are now clothed with trees and bounded by a Park and Ride, a waste water treatment works and the infamous Twyford Down cutting.

The Trust established the St Catherine’s Hill nature reserve in 1976, and has progressively cut back scrub and grazed the ancient grasslands. The wildlife remains exceptional with good seasons bringing clouds of butterflies including chalkhill blues and brown argus. The steeper slopes support great carpets of rockrose and late summer drifts of dropwort and scabious. St Catherine’s Hill is also the western gateway of the newly-made South Downs National Park. Over the next century, the challenge is to safeguard a traditionally farmed landscape in what is also the gateway to the busy city of Winchester.