Robert Booth: A wealth of experience with horses

Home|Equestrian, Interviews|Robert Booth: A wealth of experience with horses
Previous Next

Robert Booth: A wealth of experience with horses 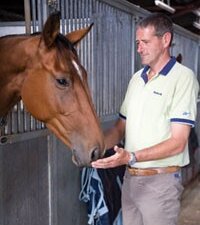 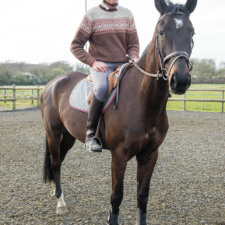 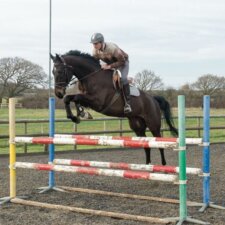 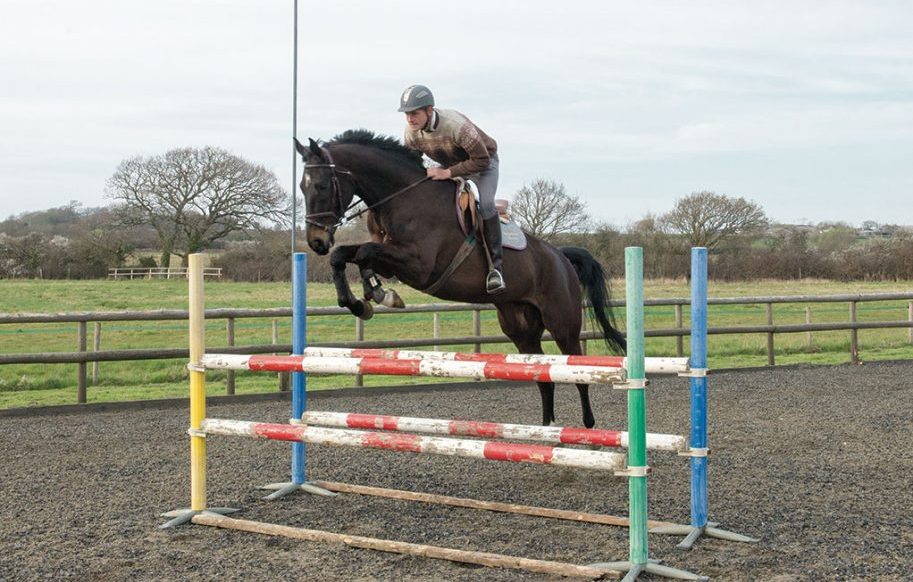 Whether it’s breeding or breaking-in horses, preparing them for a difficult equestrian discipline, or teaching students the finer points of riding them, Robert’s wealth of knowledge usually ensures a smooth passage. He writes with the same authority that he runs his yard, so we went behind the scenes at the family farm near Porchfield to discover how his passion for horses evolved.

Born in Portsmouth, where he also went to Grammar School, he recalls: “I started riding when I was about six, and it just grew from there. After I left school I worked at a riding school on Hayling Island, and did my first British Horse Society Assistant instructor’s course there. After that I had various jobs with horses, including going to Omagh in Northern Ireland for a couple of years, working in a private showjumping yard.”

During his time in Ireland, Robert trained the horse and taught the daughter of the family he worked for, who went on to win the prestigious Golden Saddle competition in Dublin.

He continued: “When I came back to England I went to Catherston Stud in the New Forest to work for a leading dressage rider, and also passed the Intermediate Instructor’s exam. Although I left Catherston, I did return there to do my full BHS Instructor’s exam. I then worked at a yard in Reading, basically as a riding school instructor, but we also took in horses. My wife Lyn and I always wanted to set up on our own, but running a yard for someone else provided good experience along the way.” 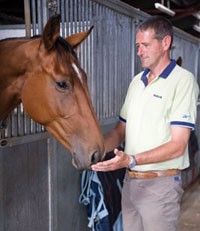 Lyn’s parents lived on the Island, and when Robert decided the time was right to start looking for stables of his own it soon became obvious to him that property prices were more affordable here than on the mainland. So they made the move here in 1985, setting up at Great Pan Farm. He said: “We didn’t have a lot of land, but we managed to make do, and it couldn’t have been too bad be as we were there for nearly 20 years. I was teaching youngsters to ride, and we also took in horses for breaking and schooling.”

The family moved to Little Rodgebrook Farm nearly 10 years ago, and during that time have built and developed excellent facilities that include a stable yard, with stabling for 15 horses, and a large outdoor manége on the 11-and-a-half acre site. Robert and Lyn’s daughter Emma trained in saddlery for two years at Enfield, and now has her own workshop on site to help towards the smooth-running of the family business.

Robert has trained horses for all the equestrian disciplines, explaining: “We did quite a lot of eventing on the mainland, but that became more difficult over here, so we concentrated on showjumping. It is easier to produce horses in numbers for showjumping, and that makes it easier and less expensive for travelling to compete on the mainland.”

Robert claims he doesn’t have any particular favourite discipline. As a rider he did only a few dressage events, but has trained numerous dressage riders. He teaches most days at his home, and also visits other schools around the Island to pass on his knowledge.

Although he does not concentrate too much on breeding horses, he has enjoyed a good degree of success, especially with a showjumper called Rydam Regis. He explained: “I bought him as a two-year-old, and sold a half share to international showjumper William Funnell as a seven year old who took him over for a year or two, before we sold him on to the United States. He was a very good horse.” 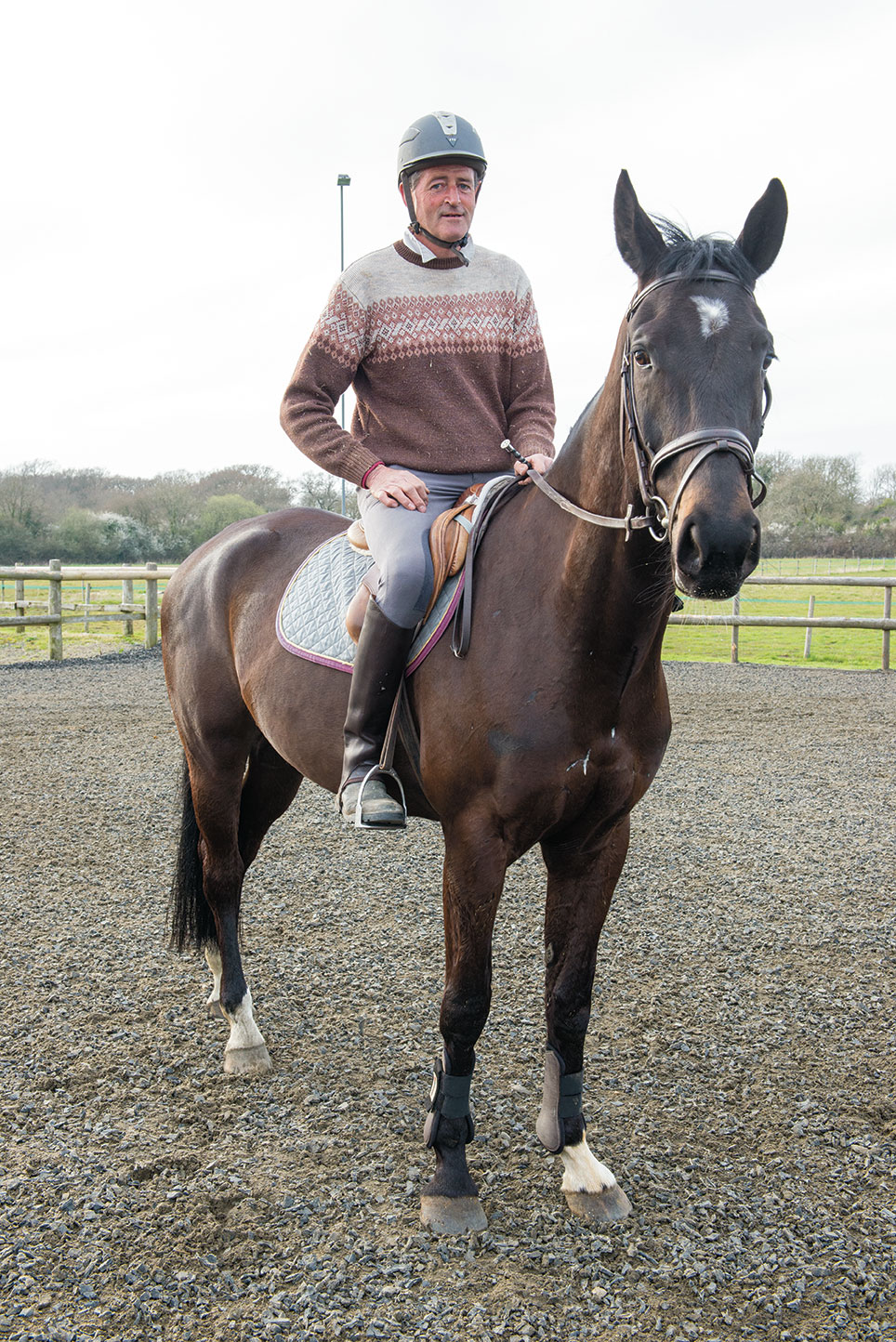 Robert has also had success with his horses at the British Young Horse Championships at Addington Manor, but says horses are not just about being winners, but more characters that you enjoy working with and riding. He smiled: “Sometimes horses can make you look good as a rider, and other times they make you look rubbish!”

He prefers to buy in unbroken horses, and then work with them himself, saying: “You can sometimes get problems with horses if they have not been taught right early on. We always buy in England rather than Europe, but it is still a bit of a gamble.

“The good ones usually have to have a bit of fire in their bellies, but you get the odd one that goes wrong on you. Unfortunately you rarely find one that goes on to be a real class horse – it’s a bit like buying a lottery ticket, and the odds aren’t that much better, but its about bringing out the best in each horse.”

When a young horse is brought into the stables, the breaking-in process is quicker than many might imagine. Robert said: “Usually we break horses in when they are three, and within six to eight weeks you can normally ride them up the road, and then it is an ongoing education. A showjumper can expect to go to its first show as a four-year-old, just to get the feel of things.

“Then from five and six they start to do more serious events, although top international horses do not usually reach their peak until they are maybe eight or nine. Our main aim is to produce good young horses and then sell them on so they can go on to the next level. We usually have at least a couple of good horses here all the time, so it’s an ongoing process, but it gives you a lot of satisfaction when that really good horse comes along.”