Pushing the boat out for Island Scouts

Home|Features, On the water|Pushing the boat out for Island Scouts
Previous Next

Pushing the boat out for Island Scouts 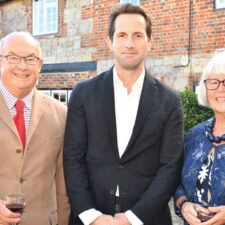 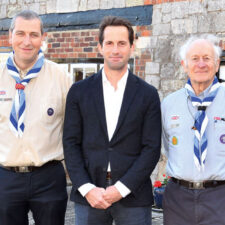 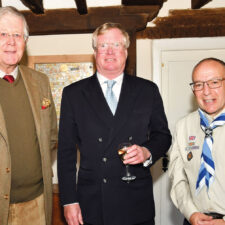 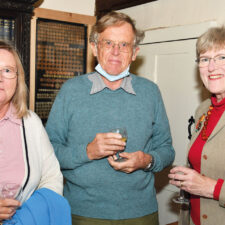 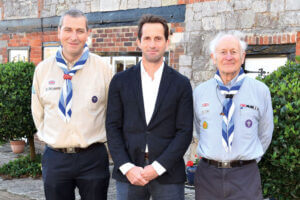 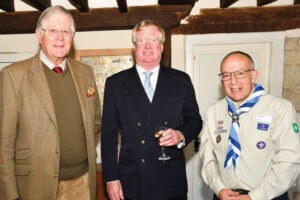 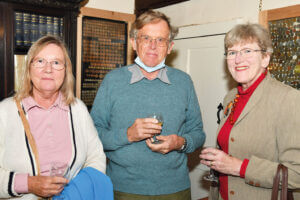 Olympic medal winning yachtsman Sir Ben Ainslie was welcomed as the guest of honour at a charity lunch at Haseley Manor, in support of the Isle of Wight Scouts.

Not surprisingly, guests at the lunch were full of questions for the famous Olympian, who had taken along his five medals, and spent time answering the questions and talking about his life in sailing, how he trains for competitions, and his plans for the future.

The lunch, hosted by  Prof. Anthony and Dr. Vivian Roberts, was cooked and served by Wendy Topp and Scout Active Support Unit members.  It was followed by an auction for an autographed waterproof sailing jacket kindly donated by Sir Ben, a night’s B&B donated by the Sandhill and a cream tea and guided tour donated by Haseley Manor.

The aim of the lunch – also attended by Lord Lieutenant, Mrs Susie Sheldon, an Ambassador for Island Scouting, and Sir Guy Acland the Island Scout President – was to raise funds for the re-building of Scouting on the Island in the wake of the pandemic.  In common with many other organisations, Scouting suffered falling numbers  – despite valiant attempts to keep going via Zoom meetings.

Scout County Commissioner Dave Simpson explained that normal scouting with its typical weekly meetings, camping, expeditions, sailing, and other outdoor activities had all ceased for many months. Many groups did their best – even with scouts camping on their floor at home – but the membership of young people had reduced. However, normal scouting has now restarted, the numbers are rising rapidly and are soon expected to be above pre-pandemic level.

He added that the money raised at the lunch with Sir Ben would help enormously with this restarting, along with recruiting more adult volunteers who are also needed to enable more young people on the Island to benefit from Scouting.

Scouting, sailing and the Island have long been closely linked.  Boatbuilder and sailor Uffa Fox was a Scout Leader in Cowes, while a grand niece of the founder, Lord Baden-Powell, and Lady Grylls, the mother of current Chief Scout, Bear Grylls, both now live on the Island. At the lunch, Lady Grylls read out a welcome message to Sir Ben which had been sent by Bear from the United States where he was filming.

After the lunch, we asked Sir Ben Ainslie a few questions of our own:

Have you been involved with the Scouting Association, and in what capacity?

I have memories of attending meetings as a young boy but I must admit, sailing took over and I didn’t persist in attending Scouts – although I have many friends that did over the years.

What in your opinion are the positive effects of youth organisations such as Scouts?

Camaraderie, commitment, community, the great outdoors, friendships and much more.

What are  the most common questions people ask you at events such as this?

A common question would be, when is the first time you went sailing? Or some variation of that question. I will never forget my first time, and have often recounted the story of my father pushing me out to sea in a dinghy and pointing vaguely in the direction of a pub along the way. I was under strict instructions to meet them there. Then I just had to work out how to keep the boat upright! I think things may have changed a little since then.

What do you see as the connections between Scouting and sailing?

An appreciation of the great outdoors!

How long have you had a home on the Isle of Wight,  and what do you most enjoy about being on the Island?

Since relatively recently the Island has been our main residence.  For work reasons we spend more time on the mainland now but always come back for school holidays and weekends when we can. We love living on the Island, it’s beautiful and peaceful, and we are very lucky to have the sea on our doorstep.

Are you involved with fundraising for any other local groups or organisations?

I try to do as much as I can and generally will respond to a charitable organisation if I can help. Having said that, we have a lot going on with the America’s Cup and SailGP so finding time outside of work can be hard. All the more reason for us to partner with the 1851 Trust who we work with across the board. They are involved in engaging the engineers and innovators of the future, by creating online modules that are free to access, using the narrative of Sport to teams STEM subjects. 40% of schools in the UK are using these modules already, which is really encouraging. Recently they have been focusing on creating sustainability modules and we are working closely with the Trust to realise these ambitions and help young people learn how they can protect the planet.

Another initiative close to my heart is the Seaview Sailing Schools programme. With the help of the 1851 Trust and the commitment of Sea View Yacht Club, we have funded sailing courses for over 300 pupils from local primary schools. It is important to me  personally that as many youngsters as possible on the Island have access to sailing tuition. Working with local school heads to give opportunities to children that had never even been to the seaside has been incredibly rewarding.

The sailing jacket that you donated – has it been on any notable outings?

I thought it would be nice to donate a new jacket rather than a salty one! It’s a jacket from the America’s Cup campaign from INEOS TEAM UK.

Do you have a favourite jacket you would never part with?

Good question. I have a few and they do get better with age.  You may be surprised to hear that my favourite is not a sailing jacket but rather a modern take on a flying jacket, aptly named the Trailblazer.