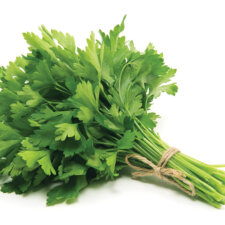 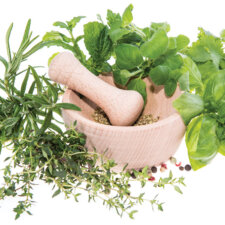 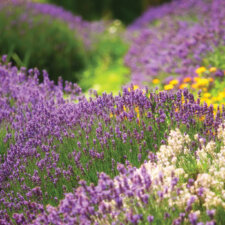 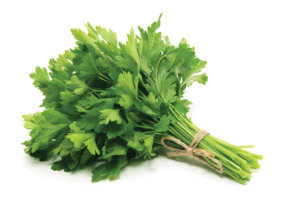 You can buy the ready-grown varieties in their little plastic ‘living plant’ pots at most supermarkets these days, and just plonk them on the kitchen windowsill for snipping – but there’s nothing quite like the joy of growing your own culinary herbs from seed, and the great thing is that it doesn’t take much money or even much space, to create a productive little herb garden.

Human beings have been making use of herbs for thousands of years, not just for adding flavour to foods, but also for making medicines and disinfectants and creating perfumes and essences.  In fact, in some cultures herb plants were so highly regarded that they were used as a form of currency, in exchange for other valuable products.

Teachings about the near-magical properties of certain herbs have been passed down from cultures as diverse as the Ancient Egyptians and Sumerians, and learned writings from the famous Greek doctor Hippocrates (said to be the founder of modern medicine) and several of the doctors who attended to Roman Emperors.

Other keen users of herbs were the Ancient Chinese and Ancient Indians, and throughout Europe during the Middle Ages, monks frequently grew and used herbs in their monastery gardens to use as medicines.

Explorers during the 15th and 16th centuries took with them herbs from England to America, and in turn brought back native varieties from the Americas to Europe, where healers such as Nicholas Culpeper published a book that empowered ordinary people with recipes for making their own healing remedies from herbs, rather than paying expensive doctor fees.

His 1653 guidebook, Culpeper’s Complete Herbal, which became the standard text for anyone interested in the subject, has been re-printed over and over again down the centuries, and remains a classic to this day.

Growing your own herbs is a definite bonus if you enjoy cooking, as being able to cut them as needed ensures maximum flavour and nutritional value, and you’ll waste less since you’re only ever cutting what you need.

Every herb plant is unique and will call for slightly different harvesting techniques, but it’s always better to snip the leaves using scissors rather than pulling them off with your fingers. Start by removing older leaves from the outside of the plant to encourage growth, and then work your way inward toward the younger stems.

Among our most popular culinary herbs are sage, parsley, chives, rosemary, mint and thyme, which all come from Ancient Greece and Rome; aloe, caraway and cardamom from India; garlic, coriander and dill from Mesapotamia (now Iraq);  and caraway and liquorice from China.

While most people plant their favourite herbs by the kitchen door for easy access while cooking, you do need to consider if that spot will suit the type of herbs you wish to grow, as these plants originate from all corners of the world and have different growing requirements. 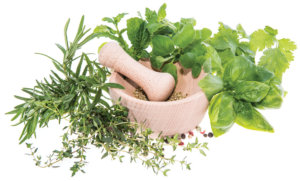 For instance, many popular perennial herbs such as lavender, sage and rosemary will actually enjoy poor soil, along with full sun and good drainage, which is their natural growing environment around the Mediterranean.

By contrast, plants like as mint, chives, parsley, lemon balm, and fennel are more forgiving and will tolerate damper soil and light shade.

Most herbs are perfect for growing in containers, which means that even if you only have a balcony or patio to spare, a herb garden can still flourish.

When planting a container, do put together plants that have similar growing requirements, and consider how much sun the pot will receive during the day.

And if you plan to grow mint, be aware that it’s a rampant spreader, so it’s best to keep it separately in its own pot, even if planted in the ground, otherwise it’s likely to crowd out your other herbs.

Tender Mediterranean plants such as basil, coriander and lemongrass can easily be grown in the UK, although they will have to be protected from frost and are generally grown as annuals.

According to The Herb Society, the educational charity that aims to encourage the use of herbs for cooking, health and healing, it’s best to grow young plants or seedlings on a windowsill until all threat of frost has passed.

They actively enjoy warm conditions, so they’ll be at their happiest with the protection of a polytunnel or greenhouse or a spot on a sunny patio all Summer. In fact basil is commonly planted around tomatoes as it enjoys similar conditions.

In contrast,  hardy annuals such as the lovely vibrant orange pot marigold (Calendula), borage and  chamomile are easily grown from seed. They can be sown straight into the ground round about now, and will self-seed themselves quite happily.

Because they’re such hard-workers on the culinary and healing front, herbs are somewhat under-rated when it comes to their ornamental value.

In fact, you don’t have to sacrifice a pretty garden display in order to grow them, because herbs also bring plenty to the table in terms of their looks: typically, with cool-toned aromatic foliage, feathery textured leaves and in many cases, lovely delicate flowers.

Most of us grow and love lavender but there are plenty of other eye-pleasing herbs, from the fat purple blooms of the chive plant, soft lilac stems of the catmints, and daisy-like flowers of chamomile and feverfew.

There are even herbs that wouldn’t look out of place in a classy vase arrangement – varieties such as bold purple echinacea, golden yellow yarrow, fluffy white meadowsweet and soft pink marshmallow.