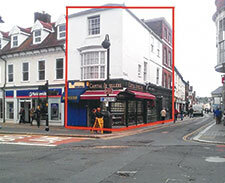 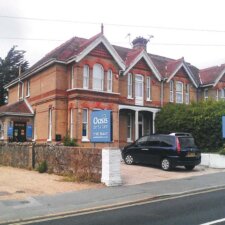 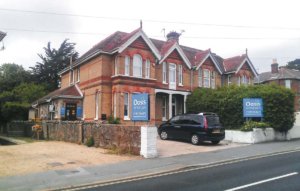 This year’s big changes to the pension rules have presented many over-55s with an unexpected opportunity – to unlock their retirement savings pot, and spend or invest it as they choose.

For some, that may mean splashing out on a luxury car or boat, whilst others will play safer and squirrel their savings away in the bank.

But for those looking to create an ongoing income, investing in commercial property is becoming an increasingly appealing option, according to Gavin Chambers of Newport-based agency Gully Howard.

That may come as something of a surprise, with traditional High Streets visibly struggling against competition from the Internet and out-of-town retail outlets.

“There’s no doubt that the past seven years have been quite tough and we’ve seen some pretty big brands disappear from the high street” says Gavin, “but on the Island we are seeing people investing quite successfully in more secure local investments. Good solid businesses such as hairdressers, for instance  – one example of which is yielding just under 9 per cent gross return for one of our clients”.

He says that secondary commercial locations such as Cross Street in Ryde, and Pyle Street in Newport, have become particularly popular with investors.  The rent returns might be lower than those from prime high street units, but then the cost of investing is lower, too.  And there’s usually no shortage of potential tenants with good, locally-based businesses to draw from.

“We always advise our clients that there’s no right or wrong way to invest – it’s very much a case of horses for courses,” says Gavin. “What suits one investor will not be right for another”.

As he points out, leasing high profile premises to a large, well-established brand might seem a more profitable option – but the bottom line might be a yield of less than 6 per cent per year.

“Rent returns will obviously be higher in the High Street, but then you have to balance that out with the fact that you will be paying more for the investment”. 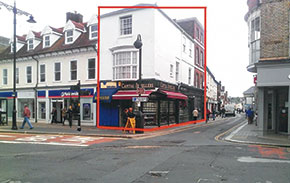 For those who need finance, Gavin says that banks are becoming more amenable:  “They are certainly becoming less fussy than they were a year ago, and some of the banks I’ve spoken to will now lend up to 50 per cent on a commercial investment”.

He counsels would-be investors to seek advice from several financial brokers and not just their own bank, and he can recommend brokers where necessary.

Looking round the Island at the high number of empty commercial properties, Gavin says he sees the need for a change of mindset among some of the old-established landlords.

“We are operating in a different commercial world, and most successful landlords will recognise that” he says.

“It’s far better to negotiate with a tenant where necessary, to ensure the premises are continuously occupied – otherwise after three months, a vacant property will start costing the landlord commercial rates, which no investor will want”.

He says that in certain circumstances, if a tenant is in difficulty, it usually makes more sense to release them from their letting contract and attempt to place a new tenant, rather than entering into long and potentially costly legal conflicts.

Such difficulties can often be avoided in the first place, he says, by undertaking research on a potential new tenant – whether they’re a small local business or an international PLC.

Basic due diligence would involve looking at 3-4 years worth of turnover figures which would only be possible with a limited company or PLCs.

Of course, many landlords opt to pay for a property management service such as that offered by Gully Howard, which undertakes rent collection and buildings issues for a fee of 10 per cent of the annual rent.

“In many cases, this can free a landlord to go abroad and relax if they choose to,” says Gavin.

He adds that there are some management agencies that will offer a rent guarantee – but warns investors that there could be a cost for that.

“There’s no such thing as a free lunch, so somewhere or other you will be paying for a rent guarantee. The lesson is always to read the small print!”

To any potential investor looking at the commercial market, Gavin recommends:  “Don’t rush in – look at it for 3-4 months, get an understanding of the market and get a real feel for it before going ahead”. Having said that, there are still valuable investment opportunities to be found on the Island.

One such was the block of 18 industrial units Gavin sold for circa £480,000 – which provides a regular £55,000 a year income for the owner, for just half a day’s work a week. “That is a fantastic return by anyone’s standards,” he says.

If you’re considering any form of commercial investment, Gully Howard would certainly be worth listing on your initial call sheet.