Living the dream as a racehorse owner

Home|Equestrian|Living the dream as a racehorse owner
Previous Next

Living the dream as a racehorse owner 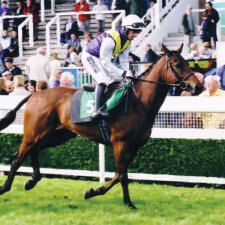 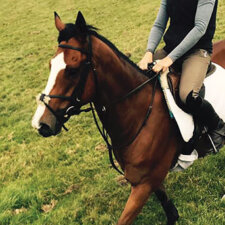 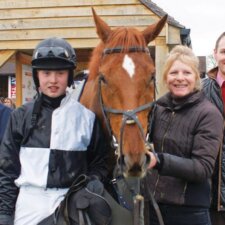 Many people dream of owning a racehorse – but then bump up against the reality of the bank manager, or perhaps a partner who’d prefer to spend the money on a new conservatory or hot tub – before agreeing to invest in a four legged lawnmower. 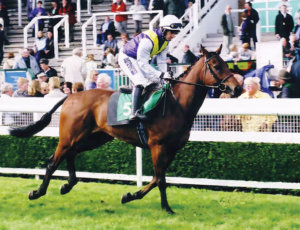 Vectis Racing, a small consortium of Island people, have got together and made owning a racehorse a reality that’s affordable. Glenn Morley an Isle of Wight lad who has worked in racing yards, and on various racecourses since 2001, formed Vectis Racing so that ordinary people can get involved in the sport at a fraction of the cost of owning a race horse outright.

Glenn explained: “There are many reasons people join the club: some simply like the kudos of saying they have a share in a racehorse, some love spending days out racing and some just love horses – it’s a real mixed bag.”

So how does this scheme work? If you have grand ideas of being in the winning enclosure at Ascot then dream on.  The chance of this  happening is probably about as likely as winning the Lottery and Euro Millions on the same day, so with that out of the way, that just leaves FUN, with a capital F.

Glenn explains: “It’s what our syndicate is all about, days out on the racecourse with like-minded people who enjoy the thrill of racing, eating nice food and having a drink with friends. Sometimes you might even cover some of the costs of your day out, if the horse comes in.”

So, how much will this cost you? “I go and buy the horses” says Glenn “and normally the budget is around £5,000 minimum, which will buy a potential decent racehorse nowadays. Of course they’re not going to be the calibre of Red Rum! 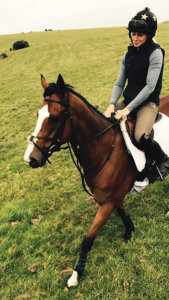 “The horse is stabled with our trainer Daniel Steele at his yard in Henfield, and he trains them daily on the gallops to build up experience and stamina.  Once he thinks the horse has reached peak fitness it’s then entered for certain race days throughout the year at racecourses such as Fontwell, Plumpton, Goodwood, Lingfield and as far away as Wolverhampton.”

In return, each syndicate receives up to 12 free passes to attend a day’s racing which include free entry to the course, complimentary hot food or buffet, owners/trainers bar, entry into the paddock enclosure to meet the jockey and discuss tactics with the trainer Daniel Steele. If you’re lucky enough to win, you will get a complimentary bottle of champagne to share between the owners and a DVD of the successful day. Additional passes can be purchased for half price, for friends and family.

Buying a horse is a complete gamble, of course. You could be really lucky and buy a horse that goes well, or you could end up with an expensive lawnmower. There have been Grand National winners in the past that have been bought for 2000 guineas – it’s the luck of the draw.

There are many things that can go wrong with horses, so it can be unpredictable to say the least. However, if you’re looking for a fascinating hobby that involves horses and the chance to get involved in a great social scene, then this could be an option worth looking at.