Keith tracks down his dream job

Home|Equestrian|Keith tracks down his dream job
Previous Next

Keith tracks down his dream job 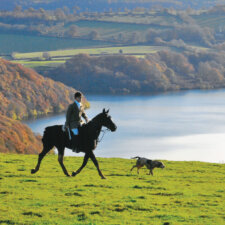 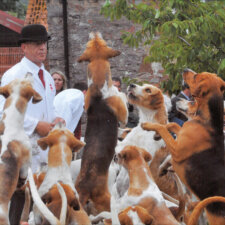 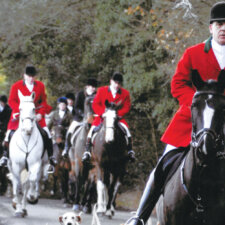 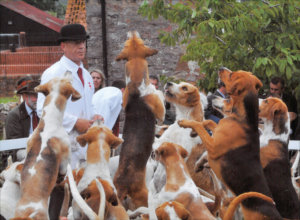 It’s a world away from his Essex roots and his former career as an AA patrolman, but for Keith Blaydes, being appointed the new resident Huntsman of the IW Foxhounds is his dream of a job.

Keith, 55, has moved into his new home at The Kennels in Gatcombe and is relishing getting to grips with the job of being in charge of, caring for, feeding and breeding the 70-odd resident hounds.

But surprisingly, he came to this countryside career relatively late in life, at the age of 45, having previously put his dream on hold during the 21 years he worked in roadside vehicle recovery.

It was only when he was made redundant by the AA and offered a redundancy package that he decided to go for it and return to his rural roots.

“I came from a farming background” he explains.  “My dad owned a dairy farm and from the age of about four, I used to follow the Hunt on foot and by car.  It was just a way of life, and one that I always loved”.

When he got together with his second wife Kelly, a horse lover and rider, she encouraged him to pursue his passion, and he’s never looked back. “I realised that if I didn’t give it a go, I would always regret it” he says.

Having taken up his job on the Island in May, Keith says he’s enjoying getting to know the hounds, their characteristics and – gradually – their names.

He says he already loves the Island way of life and has no plans to move on anytime soon.

“I’d only ever been here once – 25 years  ago on a Haven holiday, when my kids were little” he says, “but I’m loving living here and doing this job.

“Everyone we’ve met has been really friendly and as places to live go – well you can’t get much better!”