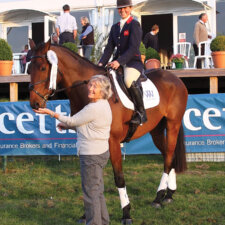 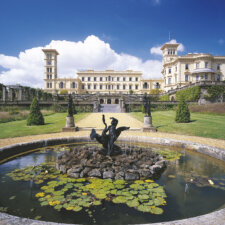 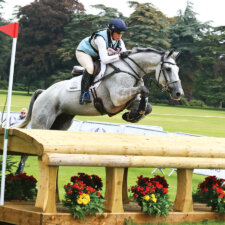 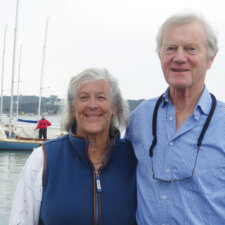 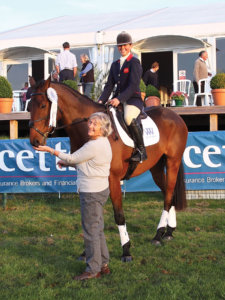 The countdown has begun to the launch of a prestigious new horse trials event on the Isle of Wight next summer.  The British Eventing  trials, to be staged at English Heritage’s picture-perfect former Royal residence, Osborne, are expected to bring across the Solent an array of top riders and horses – plus, it’s hoped, a boost in tourism and revenue – for what is hoped could become a big annual event on the UK’s equestrian calendar.

So how did this all come about?

Jackie McCarrick caught up with the brain behind the event – veteran horsewoman Diana Bown – to find out.

When Diana Bown and her husband Philip retired to the Isle of Wight from Monmouthshire in 2013, it was with the expectation that she would finally wave goodbye to her decades of involvement with horse trials.

The couple, who also enjoy sailing, had been holidaying on the Island for most of their 50-year married life, and the idea of selling up their long-time home in Wales for a new home in Bembridge, was so that they could spend more time on the water.

“Essentially, we moved to the Island to retire” says Diana, “but somehow it doesn’t seem to be quite working out that way”.

Indeed, since airing her idea of staging horse trials at Osborne , Diana’s retirement plans seem to be firmly on hold.

After more than 30 years of running horse trials at Chepstow and elsewhere, she is clearly in her element, as she buzzes from meetings with potential sponsors and suppliers, to visiting events on the mainland, gathering ideas for the two-day Osborne trials which is in the final stages of discussion with a view to taking place next July.

“It wasn’t quite what I’d planned, but then I suppose I just don’t like to be bored!” she laughs.

The idea of using the magnificent former Royal house and grounds for such a big equestrian event came to Diana after she attended a function at the English Heritage venue.

Her instant thought, was a horse-related occasion – but it wasn’t until the following year, when she attended a concert at Osborne by one of her Welsh idols,Tom Jones, that she saw the full potential of the venue.

“I realised there was a huge amount more land than I had thought, and that it would be just perfect for horse trials, because of the way it sweeps away from the house and down to the sea” she said.

In fact, she reckons that the closeness of the house to the horse riding action could potentially make Osborne an even better eventing venue for riders and spectators than high-profile Badminton or Burghley.

A former Board member of British Eventing and for six years Chairman of the BE Organisers Association Diana also has long experience of running horse trials, including one in collaboration with former Olympic showjumper David Broome, which meant she was able to draw from her extensive contacts book, and approached Stuart Buntine, co-director of Bede Events.

“When it comes to event organisers, there are two types” says Diana: “one that does it as a business, and the other simply because they love it.

“Stuart is definitely one of both of these!  When he came to Osborne he was instantly excited by the potential and agreed that it was tailor-made for horse trials.

“Whilst Badminton and Burghley are undoubtedly wonderful estates, Osborne almost surpasses them in the way that all the equestrian action can happen very close to the house, and offer such splendid views for the spectators.

“Prince Albert and Queen Victoria certainly knew what they were doing, having their house there!” 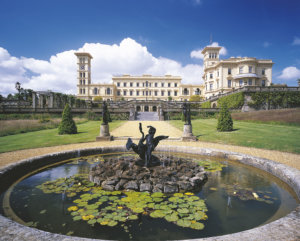 Diana’s next step was to convince Osborne’s General Manager Rob Flower that her “crazy idea” was sound – and to that end, she accompanied him and a party of English Heritage representatives to the National Trust property Belton House in Lincolnshire, to experience one of its horse trials.

Meanwhile, plans are rolling ahead for the 2018 launch event, with Stuart Buntine handling the organisational and business side of things whilst Diana continues to exercise her irrepressible energies in inspiring others and promoting the event.

“I’m completely bowled over by the enthusiasm I’ve met whilst going around the Island” she says.

Early concerns that the event might be perceived as being just for a select group of people have been effectively dealt with:  as Diana points out, Eventing has a surprisingly wide following, and she sees the two-day Osborne fixture as a great way to attract even more public attention and interest in the sport.

Visitors can expect to watch big-name riders and famous horses, all in a fabulous home setting.

Not surprisingly, local sponsors have been keen to find out more, and a meeting held in July to discuss the opportunities attracted around 70 representatives of various businesses and organisations.

There have also been Island comings and goings by top riders, including a trio of Olympians, William Fox-Pitt, Tina Cooke and Kitty King – none of whom had ever been to the Isle of Wight before.

“The message to us from all quarters couldn’t have been more positive” said Diana.  “Basically, it was just:  “Get on with it!”

To give the event the right level of gravitas, the organising team have also been in talks with British Eventing, the governing body of the sport, who have agreed that the Osborne fixture can be run under their rules.

They too are excited by this opportunity to showcase the sport to a whole new group of people – and that’s partly why it is being run in late July, at the start of the summer holiday season.

The format will also be different, in that each day will feature two competitions in each of the three disciplines (dressage, cross country and showjumping).

For day spectators, this means that they will get the satisfaction of seeing the winners at the end of each day, unlike a traditional horse trials where winners are only announced at the end of a full four days. 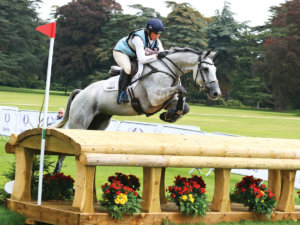 “It’s a similar idea to that of 20-20 cricket” explains Diana, “the aim being to widen the appeal to spectators. Unless you’re really addicted to the sport, you won’t necessarily want to wait four days to see a winner”

Certainly, this is a real ‘first’ for the Island, since British Eventing horse trials have never been done before anywhere else at this level.

Not surprisingly, the ferry companies – who stand to gain from their specialist skills in transporting horses and riders as well as extra visitors – are very supportive of the event, and it looks as if Diana won’t have any trouble finding the 300 volunteer helpers whom will be needed to do everything from putting up fences to acting as show judges, stewarding the crowds or providing specialist First Aid and veterinary services.  There’s also plenty of healthy interest and sponsorship from business people who are keen on mounting trade stands.

“We believe it would be very positive for the whole Island – for the sport, for Osborne and for the Isle of Wight as a visitor destination”.

As for Diana herself, it’s become quite clear that she’s not prepared to give up on the world of horses just yet.  Although she no longer rides herself and has no horses at home, she does have two competition horses, Ceylor Lan and the French horse Vendredi Biats which are stabled in Chippenham and ridden by Kitty King.

And now of course there’s the Osborne fixture to occupy her time and energy.

The next big challenge will be to sign up a main sponsor for the event – and the former Royal home certainly will make an attractive prospect for businesses, who have the prestigious option of hosting dinner or drinks gatherings in various suites that are not normally open to the public.

Guests at such private events will be able to watch all the sporting action from the superb vantage point of the terrace.

Diana credits English Heritage for being “very generous” in allowing access to additional parts of the house that aren’t normally available to view, and says this makes it extra appealing for sponsors – in fact it’s one of the unique features Osborne will be able to offer over Badminton, Burghley or Blenheim, which can only offer a drinks party in the evening within the house.

“In the same way here, we have the sport, the house and the Island – and all are equally important”