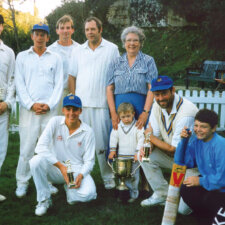 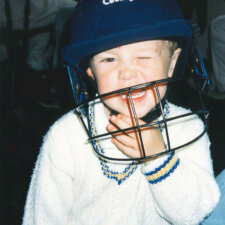 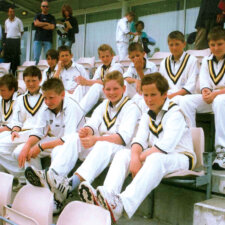 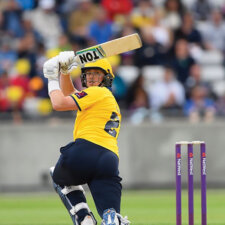 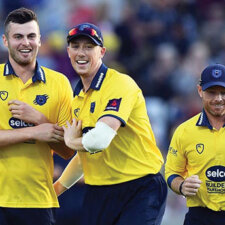 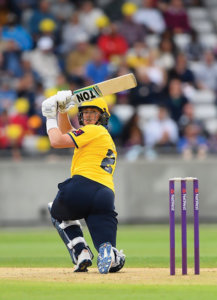 An up-and-coming young cricketer from South Wight has been doing the Island proud as he travels the world and makes his mark with one of the sport’s top county teams, Warwickshire.

It wasn’t until he reached the age of 16 that former Carisbrooke High School pupil Adam Hose decided to pursue his cricketing dreams – but within two years, he was already able to describe cricket as his ‘job’, and now, seven years on, the 25 year-old is making a big impact in the sport, at highly competitive English county level.

As a schoolboy at Nine Acres Primary and Nodes Hill, Adam had always been sports-mad, although very much in a general sense.  He threw himself into everything from football and rugby to badminton and tennis – and while he always had a particular love of cricket, he admits that he never felt he was ‘good enough’ to play the game seriously.

Cricket had become his focus after spending many hours of his childhood around Ventnor Cricket Club, where his dad – estate agent Jeff Hose – was a keen player.

“Dad played every weekend so I was around the place from pretty much as soon as I could walk” he recalls.

“It meant I was brought up in and around cricket, and I realised it was a world that I really liked”.

Not that his parents, Jeff and Jill, were at all the pushy type:  “They’ve always been very relaxed and I know they would have supported me in any direction I chose to go”, says Adam.

But there were obviously some jubilant celebrations in the Hose household when last summer, in a three-year deal, Adam joined Warwickshire at the iconic Egdbaston ground.

Just four days later, the champagne corks were popping again after Adam repaid Warwickshire’s faith in him by scoring a match-winning 76 off 43 balls, in his debut match for the side against Lancashire.

So how did he make this amazing leap from A-level student at Carisbrooke High to professional cricketer in the space of just seven years? 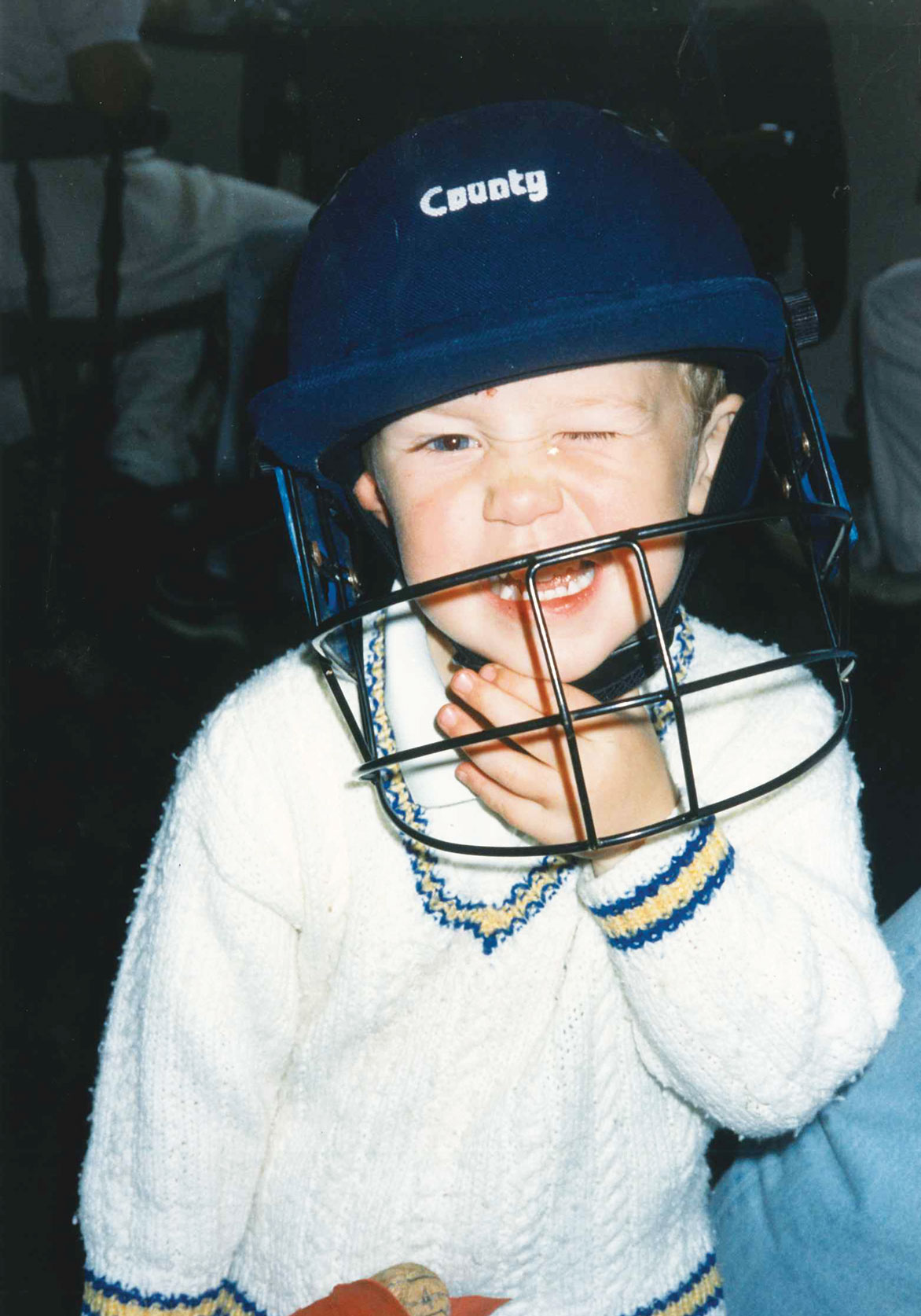 Having cut his cricketing teeth by playing for Hampshire’s under-17 team, Adam was put forward for the famous MCC Young Cricketers programme based at Lord’s Cricket Ground, Marylebone, which is world-renowed for fostering new talent.  In fact, among the most notable graduates of the programme are England’s Ian Botham and Phil Tufnell, and Australia’s Mark Waugh.

It was there that he benefitted from expert coaching, intensive playing programmes and world-class facilities – and admits that it was only at this point that he began to entertain the idea that he might just be good enough for a professional career in the sport.

“It is definitely a shop window for young guys but for a long time, I never considered that I might be good enough to be part of the ‘Big 18’ county clubs” says Adam.

“It was a great chance to develop my skills for a couple of years though, and I began to see that not everyone develops at the same pace. I probably just took a bit longer than some of the others!

“You get a lot of guys who go to academies, quickly go on to great things, and then fall off the radar – but I think I was the opposite, because for quite a long time, I never felt I was up to standard. In fact I wasn’t offered an academy place by Hampshire.

“While I’d always wanted to be a cricketer, from ever since I could remember, it was really only when I got to 18 or 19 that I began to feel that I could potentially do it”.

Part of Adam’s confidence-building came with the opportunity to head Down Under and play a season with the semi-professional Kensington Cricket Club in Adelaide.

It was a bold move for an 18 year-old to leave behind his home and family on the Isle of Wight for three months and head off to the other side of the world, but Adam reckons it was the making of him – both as a cricketer and in a social sense.

“Any young cricketer will aspire to play in Oz but it’s a big step to take for someone who’s only just left school.” he says. “As an 18 year-old it certainly takes you right out of your comfort zone but from a personal skills point of view, it was brilliant for me. 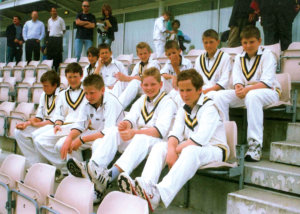 “I was very lucky because the people I stayed with on that first visit have become almost like an Australian mum and dad, and their place now feels like my home away from home.”

With the security of that ‘second family’ behind him, the young Adam threw himself into the cricket and began to enjoy the outdoors-based social life that Australia is famous for.

So much so, that since that first season, he has been back to Adelaide three more times.  At 21 he got to train with the Kensington Club, and has since returned twice to play with another district club, Tea Tree Gully.

Meanwhile, Adam had also been making an impression on the English cricketing scene, as a member of Hampshire’s  youth team, the Second XIs of both Glamorgan and Worcestershire, and the MCC Young Cricketers at Marylebone.

In July 2015, then aged 22, he made his debut for Somerset Cricket Club – ironically, playing against his home county of Hampshire in the Natwest T20 Blast.

He quickly distinguished himself and was named Somerset’s Second XI Player of the Year after scoring most runs in the  Second XI Championship, amassing 644 in his eight matches at an average of 53.66, and two unbeaten centuries in the same match against Essex at Halstead.

Then, last summer he took the tough decision to leave Somerset and was signed by Warwickshire on a three-year deal, which he descibed to a BBC reporter at the time as:  “a fantastic opportunity at an exciting time for the club”.

Now, he says, his focus is to work hard enough to earn himself a place in the first team – which means that life is pretty hectic for him these days.

In fact he was back in England for just a week in early March, between his winter season in Adelaide and taking off again for Barbados for the two-week North versus South series – which he admits is a chance to impress the England team selectors. 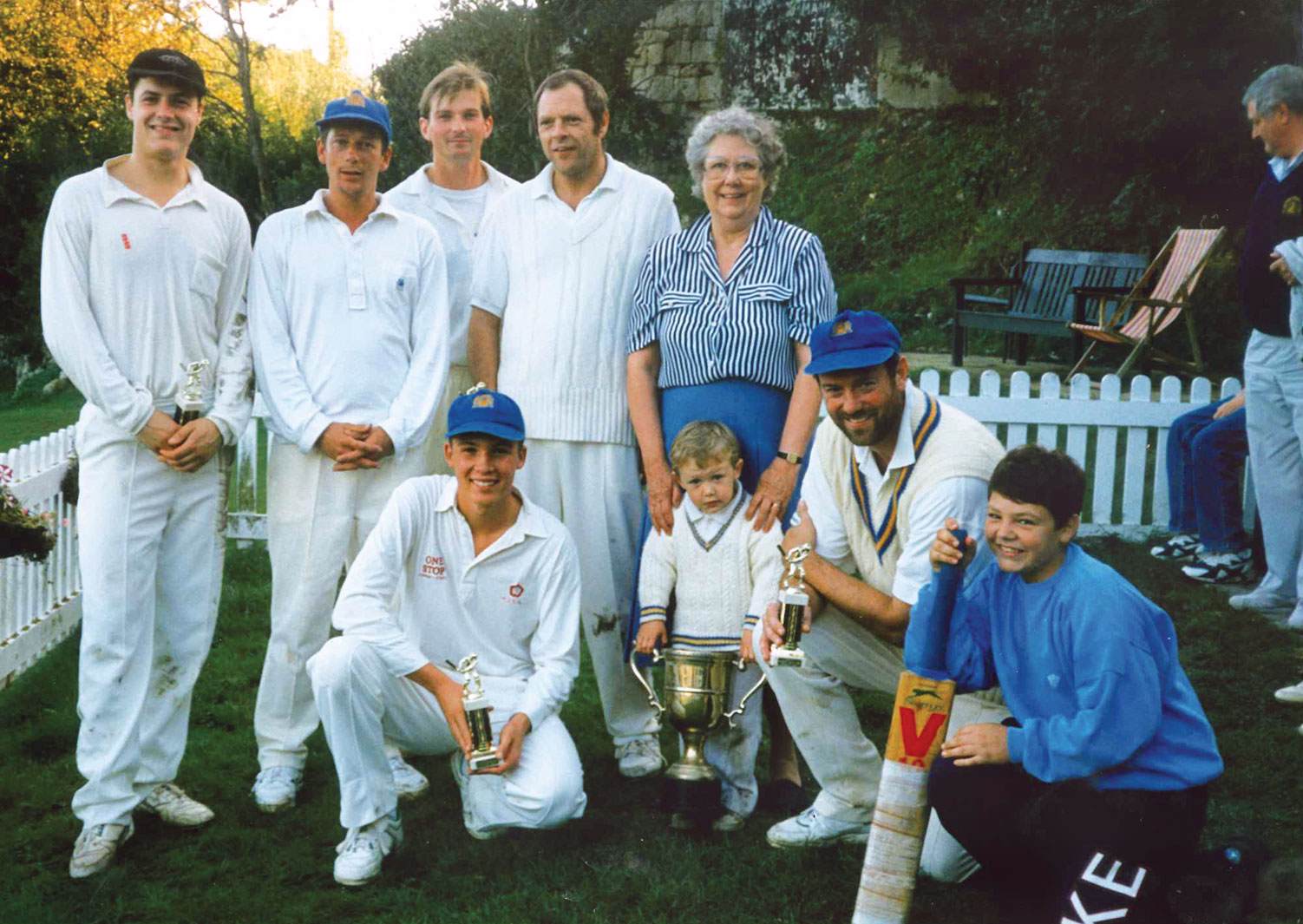 “My goal is the same as any cricketer so I’d be lying if I said I didn’t want to play for the national team at some point” he says, “but I don’t want to get ahead of myself, so at the moment my aim is just to do well for Warwickshire and help them win trophies”.

Having just moved into his first own home in Solihull with partner Ellie, there was plenty to do on his week between clocking up air miles – but he did manage a couple of days back on the Island to catch up with family and friends and says he loves to get back onto Island soil every few months to re-connect.

Back in the Midlands Adam is now in intensive training at Edgbaston for the summer season beginning this month.  It involves demanding daily routines of gym work, leadership and planning meetings, practice in the nets … but it’s a routine he clearly thrives on.

Like many sports professionals, Adam is also doing the sensible thing by studying for an alternative career – which in his case is a mortgage advisory course.

But you get the distinct impression that he won’t be calling upon that profession for quite some time to come.