Holding out for help

Home|Countryside|Holding out for help
Previous Next

Holding out for help 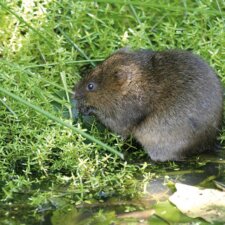 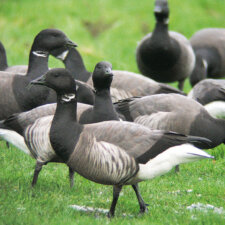 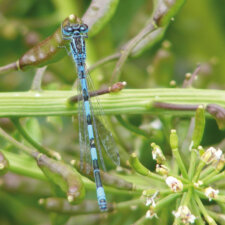 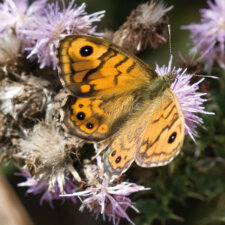 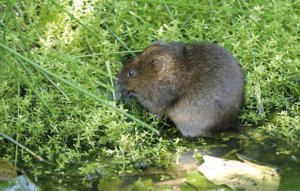 Some once-common species are suffering sharp declines in our counties. In this International Year of Biodiversity it is timely to remind ourselves of this unacceptable loss of wildlife.

There are currently 24 species of Bumblebee in the UK and several are in severe decline thanks, in the main, to habitat loss and fragmentation. But if every household in Hampshire and the Isle of Wight had a planter full of nectar-rich plants in its garden or on its balcony, it would make a huge difference for local populations.

The Trust runs a wildlife gardening scheme which promotes the message that everyone can make a positive difference for wildlife by making some very simple, small changes. And it is particularly important where bumblebees are concerned. Their decline is serious because they are vital for plant pollination. It means that any decline in bumblebees has a knock-on effect on wildlife generally.

The Trust also plays a crucial role in bumblebee conservation on our own wildlife reserves. These reserves supply vital nesting sites and nectar sources. We work to highlight the plight of bumblebees to landowners in order to encourage them to improve the countryside for the benefit of wildlife.

Over the last five years the Trust has helped many farmers secure financial support to introduce wildlife friendly measures on their farms, which includes help for Bumblebees. 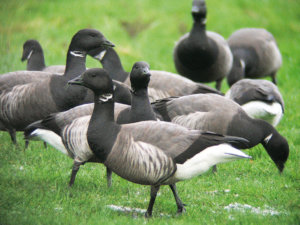 Brent Geese begin to arrive in the UK from Siberia in mid-September. They spend the winter feeding on mudflats, cereal fields and grasslands. The Solent coast supports around 30 per cent of the UK’s entire population, but over the last few winters the number of Brent geese at Langstone Harbour has reduced and there have been low numbers of young: as little as 1 per cent of the flock whereas 15 per cent is to be expected. No one knows the exact cause of the decline but it could be down to habitat changes, competition with barnacle geese on the migratory refuelling sites, or even the lemming population on the Brent’s breeding sites. When the lemming populations in Siberia are low, predators such as Arctic Foxes turn their attentions to Brent Goslings which ultimately affects the population in Langstone Harbour and the Solent.

The Wall Brown Butterfly was once a commonly encountered coastal grassland species, but it is in rapid decline and has become extinct in many places in the past decade. The total population of wall brown butterflies in the UK has decreased by 61 per cent in the past ten years. In Hampshire it is now restricted to Lymington Reedbeds and Keyhaven Marshes, though it is more numerous on the Isle of Wight. It is found on short open grassland, coastal cliffs, dunes, old quarries and some grassy farm tracks.

Nightingales are a charismatic species with a distinct song which can be heard day and night in British woodlands from April to early June. Studies have shown that population numbers have declined by up to 50 per cent in the last decade, leading the species to be placed on the Amber List of birds of conservation concern. Its distribution seems to be moving south and east in England and although the exact reasons for this are not known, the pressures of migration and habitat loss may be the cause. 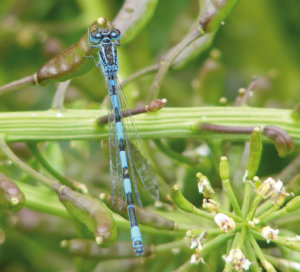 The Southern Damselfly is one of Europe’s rarest and most threatened Damselflies and up to 25 per cent of the global population is found in the UK. Not found on the Island, it has very particular habitat requirements including streams of shallow water with a slow flow, relatively high water temperatures and plenty of soft-bodied plants on the margins. Populations have declined in the UK by 30 per cent since 1960 due to a variety of factors including unsympathetic habitat management, habitat fragmentation and land drainage for water abstraction. Hampshire is a recognised national stronghold for the species and there are still some good places to see Southern Damselflies, including Crockford Bottom in the New Forest and Itchen Valley Country Park near Southampton. Here and elsewhere the Trust is working hard on habitat restoration projects.

The White-clawed Crayfish is Britain’s only native Crayfish species and lives in clean, mineral-rich rivers, streams, lakes and ponds. It was formerly widespread across England and was particularly common in the chalk rivers of Hampshire.

However it has suffered a dramatic decline, primarily because of the introduction and rapid expansion of the non-native signal crayfish and the spread of the disease carried by it. The situation is particularly serious in Hampshire where there has been a 95 per cent reduction in populations. However, the Trust and its partners, including the Environment Agency and private landowners, are working together to protect the existing population. We are improving adjacent habitats and scoping the potential of providing other safe havens or ‘ark sites’ in the future.

It’s not all bad news

Thanks to Trust staff and volunteers there have been some spectacular success stories in our counties in recent years. Here are some examples that have been brought back from the brink. 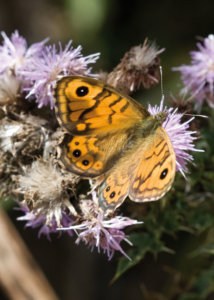 Known from only four sites in Britain, Field Cow-wheat has received a bad press for centuries. Also known as ‘poverty weed’, the seeds of this attractive plant were too large to be sifted from wheat and as a result ‘tainted’ the flour, making it unusable for bread making. As a result the plant was systematically destroyed by farmers. Lost from cultivated fields, Field Cow-wheat clung onto the maritime cliffs at St Lawrence and at the Wildlife Trust’s nature reserve at St Lawrence Bank. In 2005 the Trust acquired the field immediately adjacent to the Field Cow-wheat site, increasing the size of the reserve to five hectares. Today the site is managed as a field of Organic Spring Barley, leaving winter stubbles for overwintering birds. The Field Cow-wheat continues to do well. It is spreading slowly into the barley crop, thanks to ants which carry each seed to its new home. Look for this colourful display in late July in the south-west corner of the site.

There has been a steady decline in water vole numbers throughout the UK from as far back as the turn of the 20th century. The decline accelerated from the late 1950s after the accidental introduction of the non-native American Mink. The Water Voles of Hampshire and the Island have fared a little better than the national average, and the future could be even more positive. The chalk rivers of Hampshire can potentially provide ideal habitats. Gently flowing rivers with well vegetated banks and relatively soft substrate provide perfect conditions for maintaining Water Vole colonies. Where there is a strong fishery interest there is often the presence of a river keeper and these are very effective in keeping Mink under control. Consequently the rivers Test and Itchen are recognised as key sites for Water Vole. On the Isle of Wight the same can be said but with the added advantage that there are no Mink. For this reason, it is likely that the Island is home to the safest population in the whole of the UK.