Home|Equestrian, Interviews|Charlie Adkins: Following in the family footsteps
Previous Next 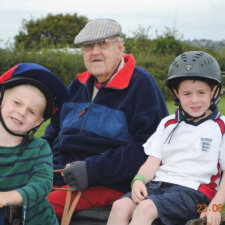 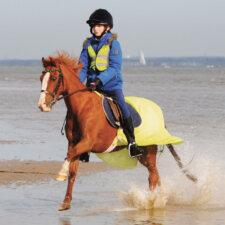 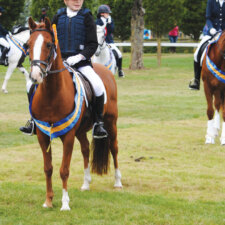 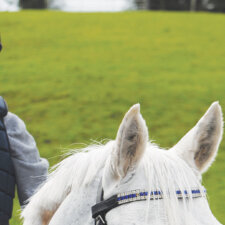 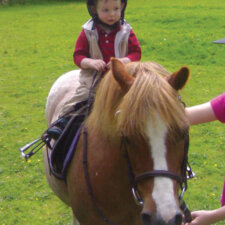 They say the apple doesn’t fall far from the tree, and that certainly goes for 12 year-old Charlie Adkins, grandson of the late David Biles MBE.  While his grandfather was best-known for carriage driving, young Charlie is now carving out his own path as an equestrian, in the dressage arena.  Having already won a number of trophies, the Christ the King College pupil has dreams of one day competing at the Olympics.

He may be aged only 12, but Charlie Adkins already has a decade of riding under his belt.

In fact it was at the tender age of just two that he first took to the saddle, on his mum Sophie’s old driving ponies, Fizz and Pop.

At the time Sophie, husband Guy and little Charlie were living in Hampshire, and like her father David, Sophie was passionately involved with carriage driving.  These days, she is an international commentator on the sport, as well as being a British Driving Society judge. 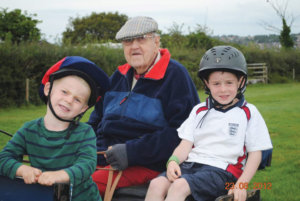 The family moved back to the Island in 2014 after her parents became ill, at which point Charlie joined the Pony Club and began competing in earnest.

This was an obvious source of delight to David Biles, who would turn out even when he was unwell, to watch his grandson compete.

Sophie said:  “We went to rallies and camps and Charlie was asked to join a team to do dressage. We had never really done much dressage, so it was all new.

“However, we took Fizz along to the first couple of team events and they did very well. Then one day we took Fizz to the beach and she hurt her tendon so could no longer be ridden competitively. This was all very upsetting but we found Jo Pony who was really a little bit too much for Charlie to begin with, but he was forced to ride him for the team as there was no other choice”. 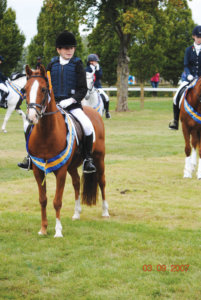 When he was poorly, David went to watch Charlie ride Jo Pony at the Pony Club Show, and was delighted to see him win his first ridden class.  While he was presented with the usual winner’s rosette, David thought he deserved a cup – and got one of his own trophies engraved for him.  Charlie still keeps this by his bed to remind him to try hard, shine his boots and ‘kick on’ – a well-worn Biles family phrase!

David also bought Charlie his first saddle and generally encouraged him to enjoy riding – although Sophie jokes:  “We are not sure he would approve of all this twizzling in circles – Dad was more of a hunting man!”

Indeed, while dressage is a sport that increasingly tends to be dominated by female riders, that has done nothing to deter Charlie from his ambitions.

He has been positively inspired by the success of Olympic medallist Carl Hester – who, like Charlie, was also an island boy, hailing from the tiny Channel Island of Sark.

One of Charlie’s supporters is Catherine Owens, who happens to have worked with Carl Hester, as well as many other top riders including Zara Phillips.  Catherine has been helping Charlie with his confidence and jumping, and he was thrilled when she also gave him one of the medals she won when she worked for his hero Carl.  Charlie prizes this medal so much that he rides with it in his pocket for every test he faces.

Just as important to him are the keepsakes given to him by his proud grandpa, before he died in 2015.

These include a photograph of David’s father, Harold Charles Biles, competing on horseback, and an inscribed clock  commemorating Harold’s win on Edomite in the Isle Of Wight Point to Point and three other events back in 1930.

These sit alongside the treasured little trophy that Grandpa David had engraved for him not long before he died. 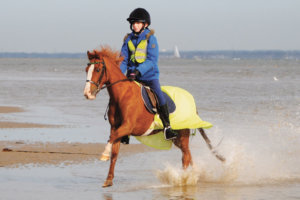 In the difficult period just before David died, the family was also faced with Sophie’s diagnosis of breast cancer, and it was whilst she was undergoing treatment that Charlie really threw himself into trying to become the best dressage rider he could.

Sophie says:  “Charlie has developed a very quietly confident attitude to his riding which enables him to compete without being flustered – he leaves that bit to mum!”

His hard work has certainly paid off in the form of a whole series of awards and achievements, including the Dressage Ambassador award at the IW Pony Club Awards for the last four years, and the Vectis Preliminary Trophy in 2018.  He has also qualified for the NPS Dressage Championships for the last three years and been placed in the top five, and was Schools Dressage class winner for the last three years, with consistent wins at unaffiliated Prelim and Novice level here on the Island.

With the support of Vectis Equestrian Club, Charlie has also ridden and won several mainland competitions and qualified for the Riding Club Championships in Lincoln 2017 where he was placed third in both his classes – a great achievement for a then-10 year old.

Daryl Smith has been training Charlie since he started riding Jo Pony and Sophie says she has played an integral part in his success. 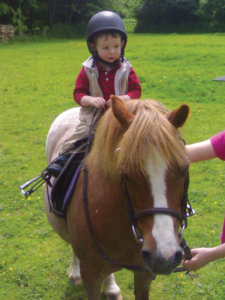 Charlie is now riding Roseberry Sir Henry and is off to the NPS Championships with him in April.  He is also now embarking on affiliated dressage, with the hope of being discovered as a star for the future.

When not ‘playing ponies’ Charlie represents Porchfield Cricket Club in the under-12 Cricket Team and was player of the season for 2018.

Meanwhile, Sophie continues to judge and has judged at Horse of The Year Show, which made dad David particularly proud.  She has also taken on David’s role of commentator, and commentates on Carriage Driving Internationally, and still rides her shared pony Tommy Tiptoes on hacks over the Downs and the beach – rides that she did with her father and now enjoys with Charlie.

As she says, “making memories with the next generation.”