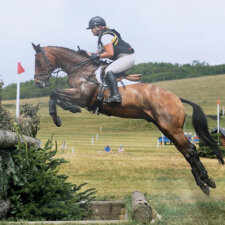 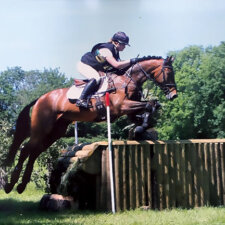 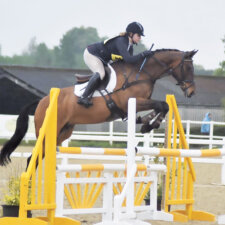 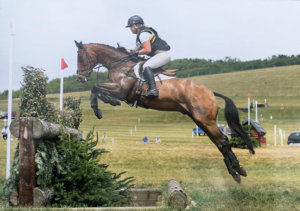 Horse-mad Island teenager Emily Chapman was right in the middle of her A-levels at The Priory School when her dream job presented itself, working as a groom and nanny for a famous 3* level eventer, sports horse breeder and trainer in Devon.

The timing wasn’t exactly ideal, and it certainly led to some tough decisions – not least, giving up her sixth form studies and leaving behind family and friends on the Island – but for Emily, the benefits far outweighed any risk.

Now, 18 months after taking that giant leap of faith, she is not only loving her job, but has also become the regular rider of an Olympics class horse, Simon Porloe.

Emily, 19, whose family home is at Merstone, was offered the ride last November, after she had been working for Lucy and Padraig McCarthy at MGH Sport Horses for 10 months.

“They wanted Simon to step down from high level competitions, and offered me the ride” says Emily, who admits she was “totally shocked” to be given the opportunity.

“At the beginning it was difficult as Simon is not the easiest horse” she said. “In fact it was questionable whether it was going to work out at times!

“However we kept going through the winter and were ready for our first event in March, where we were double clear.”

She says that Simon’s owners, Sarita and Christopher Perkins, have been ‘amazing’ through the highs and lows so far, always pleased to hear how she and Simon have been doing, and going along to watch them competing. 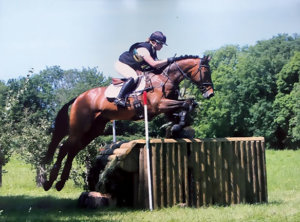 Emily, who gets two hours a day for riding, inbetween her stable duties and caring for the McCarthys’ toddler son Tomas, has completed more than a dozen events on Simon Porloe, and recently stepped up to CIC1* level when they competed at an international event at Bicton, and finished 18th of 60, with double clear rounds.

Next year, she says she would like to step up again to Open Intermediate classes for under 21s.

For a girl who first rode on a friend’s pony when she was just 18 months old, this is a job that goes beyond her wildest dreams.

She had her own first pony, May, for her third birthday present, and started hunting, taking part in Pony Club activities and showing.

She went on to ride Guy (Sunny Hill wise guy)  and then started eventing on Tetcott Cracker Jack when she was 11 and then aged 12 on Johnny, who qualified for the Pony Club championships.

Also at 12, she won a scholarship for a school in Wiltshire for horse riding, and from there went to Priory School on the Island.

Switching from ponies to horses, she rode Spring, and then had Goldie.  At 16 she spent the summer with Nicky Ryan in Wiltshire, and then worked weekends and holidays for Sarah Holmes on the Island.

When she started her A-levels at The Priory School, it was with the intention of going into teacher training, because if her first love is horses, then her second, she says, is children.

However, Emily admits she was struggling with her studies and so when the position came up at Lucy McCarthy’s yard, it was impossible to resist.

She did continue with her studies for the first six months after moving to Devon, though, and completed her AS English Literature.  Around the same time, she also passed her HGV test and got a licence to drive a 32-tonne horse box!

In the longer-term, Emily says she may return to A-levels and teacher training, but for the moment she is just relishing the thrill of riding and competing on the feisty, 17 year-old Olympic star Simon.