Danny Briggs: Danny has ’em in a real spin!

Home|Interviews, Sport|Danny Briggs: Danny has ’em in a real spin!
Previous Next

Danny Briggs: Danny has ’em in a real spin! 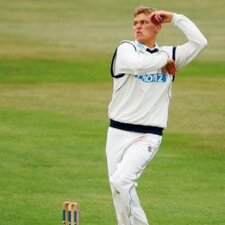 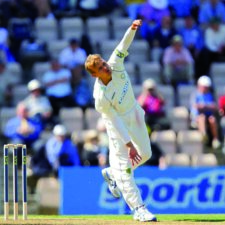 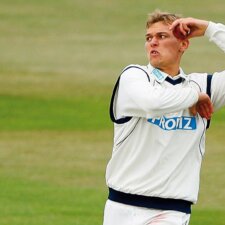 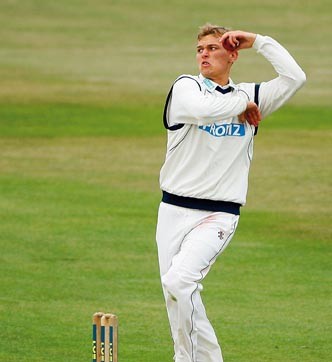 Island cricketer Danny Briggs has been spiraling his way to even more success this summer as he continues to establish himself as one of the game’s finest exponents of spin bowling.

Danny, who was born in Newport, is still only 21, yet is now recognised as a key figure at Hampshire Cricket Club, where he was first spotted as a raw but enthusiastic youngster.

Having already gained England honours in the one-day form of the game, Danny is being strongly tipped to be an integral part of the international cricket scene for at least the next decade, and probably beyond.

He was back on the Island earlier in the summer, hoping to be in the Hampshire side that was due to play here for the first time in 50 years. Alas, the two T20 matches, scheduled against the Professional Cricketers’ Association at the Newclose County Ground, Newport, were called off because of poor weather.

But that didn’t dampen the youngster’s spirits, as Island Life found when we caught up with him amid the showers. Danny said: “Yes, despite quite a lot of bad weather this summer, I am pleased with the way things have gone again. And I have to say that the last couple of years at Hampshire have been real good fun, and quite successful.”

Danny was born in Newport and was educated at St Wilfred’s Primary School and Carisbrooke High School, and was just 18 when he made his debut for Hampshire back in 2009. Since then he has further developed into a genuinely fine spin bowler. Only last year he became the youngest spin bowler to take 100 wickets in the first-class game since Derek Underwood, formerly of Kent and England, achieved the feat back in 1963.

Yet he revealed that when he was a young lad just beginning cricket he never really thought about becoming a spin bowler. Initially he was just bowling ‘seamers’, a faster form of bowling that entails using the seam on the ball to try to move it away or in towards batsmen after it has hit the pitch.

“Suddenly one day I found myself getting a bit bored with trying to bowl fast, so I just started bowling spin and enjoyed it,” he smiled. “So since I was about nine or 10 I have been a spin bowler. I was practicing at Ventnor Cricket Club, and playing as often as I could.

“I was spotted by Hampshire while I was playing age-group games for Ventnor when I was about 10, and they invited me for trials. Luckily I got into the age-group side and was there all the way through to the Academy.”

He continued: “Over the years I have talked to other spin bowlers, and although I have never really modelled myself on anyone, I admire the New Zealand player Daniel Vettori who is a left arm spinner like myself, so it is useful to watch him and try to learn from him.”

When Danny made his full international debut for England on February 21 this year against Pakistan in the fourth One Day International at the DSC Cricket Stadium in Dubai, he became the first international cricketer to be born on the Isle of Wight. 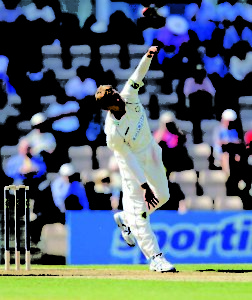 He said modestly: “At the moment it is all about concentrating on my game with Hampshire, and trying to do the best I can for them, and if further England honours follow, then that would be great. It is good to get the recognition I have already received, so we shall have to wait and see what happens from here.

“Spin bowling is quite a competitive market at international level with players like Graeme Swann and Monty Panesar having established themselves in the England set-up. I suppose in a way that is a good thing, because it ensures every other spin bowler works hard to gets the best out of their ability, which is a good recipe to be successful. If I can continue to be a successful performer for Hampshire then hopefully that will bode well as far as my England chances are concerned.”

Danny started this season for Hampshire by being awarded a County Cap – further recognition of his rapid progress – and has subsequently become an inspirational figure for many Island youngsters hoping to make their mark in the game. He said: “From an early age I practiced as much as I could and obviously enjoyed cricket very much. The only advice I can give to anyone is that if they really enjoy cricket then give it a go – I lived cricket as a kid, and luckily it has paid off.

“I guess everyone has tried a bit of football, but cricket always came more naturally for me. But even now I am still learning the game, and I think that can even be said for some of our senior players. It is important to try to keep improving, however long you have been playing.”

Danny accepts he is not renowned for his batting side of the game. But he added: “I did quite a lot of work on batting last winter, so it is work in progress. It is something that I want to improve on to further add to my game.

“The ultimate aim is to be playing for England on a regular basis. At the moment my statistics in the one-day and T20 form of cricket are better than in the four-day game, and I have been more successful in it. However, it is still a good feeling to do well in the four-day form of cricket, and as for Test cricket, which is over five days, I am sure it will continue to be a very important part of cricket, and I would relish the chance to play for England at Test level one day.”

Only recently Danny’s career received another major boost after he was named in the England squad for this year’s prestigious T20 World Cup.