Home|Events|Islander – Christmas at Osborne
Previous Next 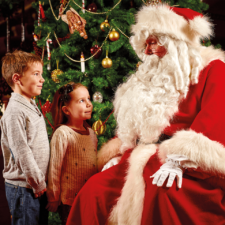 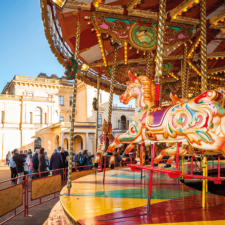 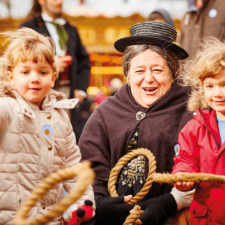 Christmas, and all that goes with it, may not quite have been the same as we know it today if it had not been for Osborne House, and its famous Royal residents, Queen Victoria and Prince Albert.

“Queen Victoria and Prince Albert really popularised the way we celebrate Christmas today, with the decorated tree and all those sorts of things. That is why we always try to give it a real Victorian look.”

When it came to the festive season, Victoria and Albert were real trend-setters, and it was they who popularised the indoor Christmas tree, although contrary to popular belief, Albert was not the first person to bring the Christmas tree to these shores from Germany. That was the privilege of Queen Charlotte a couple of generations earlier.  It was Victoria and Albert however, who decided to take the tree indoors, and decorate it, lighted candles and all!

There are images taken of Victoria, Albert, and their family, gathered around a Christmas tree, and they were published by many newspapers of the day. After those pictured were shown, the idea really caught on, with virtually everyone in the country wanting a Christmas tree in their home. 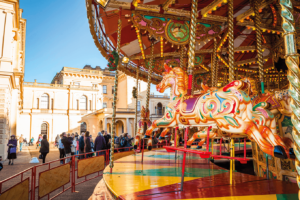 Now Osborne is lit up again for the latest Christmas celebrations, with 10 or so beautifully decorated tress around the house, including in the Queen’s Dining Room and in the famous Indian-themed Durbar Room. The trees are complemented by dozens of magnificent table and room decorations.

Michael Hunter has been curator at Osborne House for 22 years, and says that when it comes to preparing Osborne for Christmas, it has to work like clockwork as time is very much of the essence.

He said: “We start thinking about it a couple of months before Christmas, but we have little time to decorate the House. In fact, everything has to be done in two days in November, because that is how long the House is closed before visitors are allowed back in.

“Once the last visitor has left the House for the two-day closure, we have a team of about 20 staff and volunteers who do everything, and they really do work so well together. I’ve been doing Christmas ever since I came here, and over the years we have added more trees and decorations, although we try to maintain the traditional Victorian look to the decorations and the way the House is presented, because I suppose in a way this is the home of Christmas.

“Queen Victoria and Prince Albert really popularised the way we celebrate Christmas today, with the decorated tree and all those sorts of things. That is why we always try to give it a real Victorian look.”

Although Victoria and Albert were regular visitors to Osborne, sadly the Queen only began spending Christmas there after the death of her husband on December 14, 1861. Before that the couple tended to spend Christmas Day at Windsor Castle, but after Albert’s death, Victoria was at Osborne every Christmas until she passed away at the House on January 22, 1901. 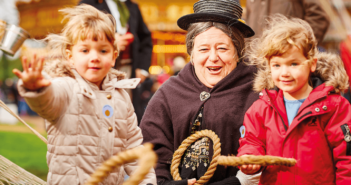 Christmases for around 10 years after Albert’s death tended to be sombre affairs at Osborne as the Queen was still in mourning. She ate Christmas dinner in Osborne’s Council Room, but always had her presents laid out in the Dining Room, which was transformed into a Christmas Gift Room.

But she did not actually open presents, as Michael explained: “All the gifts were laid out, but they were not wrapped, they were all on open display on tables. It was just as if it was a table-top display, with small cards saying who the gifts were from.

“It took many years for Victoria to get over the death of Albert, but as time went by, and the Queen’s grandchildren visited her, Christmas became more jolly, and the Queen had musical entertainment and put on plays. But it should be remembered the Queen was a widow for 40 years, and initially she sacrificed her love of music and theatre on the altar of her widowhood for at least 10 years.”

Osborne’s Christmas themed rooms are already open to the public, and will remain so until early in the New Year, including Boxing Day. Then on ‘Twelfth Night’, work will begin to take down all the trees and decorations, and store them away until next November.

Curator Michael added: “After 22 years I am still learning about Osborne, and I am currently researching the music and theatre that took place here, because Queen Victoria was an avid theatre-goer, loved opera, and enjoyed going to events with Albert.

“She commanded lots of the leading actors and singers of the day to come to Osborne to perform, so I have been looking back at the Queen’s journals, and newspapers of the time, researching who these people were, and what they performed at Osborne. It is extraordinary walking through the rooms at Osborne, and thinking back to what has happened here, and the famous artists who performed here for Queen Victoria.

“But we have to remember that Victoria spent between a quarter and a third of her reign at Osborne, and to this day we still have Royal visitors come to visit us, which is nice to maintain the family association.

“Although it is a major visitor attraction, with over 300,000 visitors a year, I still believe Osborne has that warm, family feel about it.”

It was Victoria and Albert who commissioned Osborne House to be built, with work starting in 1845, and lasting six years. When the Royal couple first came to the Island they lodged in what was an 18th century house, but they only stayed in that for a short time before realising it was too small. So the decision was made to re-build into a much grander building, with their private rooms completed inside a year, and the remainder being constructed over the following five years, to become what Osborne House is today.