David Bedford: my Island slog started it all!

Home|Interviews, Sport|David Bedford: my Island slog started it all!
Previous Next

David Bedford: my Island slog started it all! 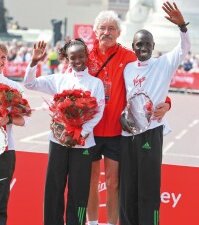 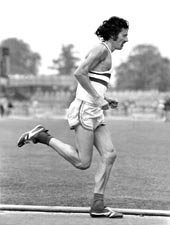 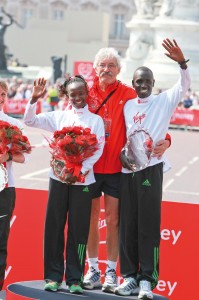 David was a raw teenager when he set out on his epic Island journey that set him on the road to athletics stardom.

He recently returned to the Island, where he still spends a lot of time, and talked to ‘Island Life’ about his amazing running career, and life after he retired from the track.

David recalls: “The Isle of Wight was always one of our favourite holiday destinations, and I was down here a lot between the ages of about six and 16. Initially it was around Sandown and Shanklin, but later we spent quite a few holidays in Yarmouth.

“I didn’t really start running properly until I was about 14, and that coincided with a holiday we spent at a caravan site at Norton Green. I had probably never run more than about 12 miles maximum in one go, but I got it in my head that it would be great to try to run round the Island.

“I set off one morning about 7am, and my mum thought I was mad. She gave me a £1 note that I tucked in my shorts pocket, and off I went. I ran anti-clockwise, so it was Freshwater, and then all the way up the Military Road. I remember thinking just how fantastic it was to be running there.”

David’s journey took him through Ventnor, Shanklin, Sandown and on to Bembridge. He smiled: “I was near Bembridge when I began to feel a bit tired. I used the money my mum gave me to buy pints of milk, because it was the best way to keep myself going.”

Rejuvenated by the white stuff, David ran through Ryde, East Cowes, Newport, and eventually just beyond Shalfleet. He admits: “By then I was doing more walking than running, and just couldn’t go on. Thankfully, someone from the caravan site where we were staying saw me and gave me a lift. I reckon I was about five miles short of completing the whole journey. That evening we went to a cinema in a church hall to watch the film ‘The Dam Busters’, but I was so shattered I slept through it!

“However, I always remember that run as being the first time I had done something that was quite impressive, and in many ways it added to my love of the Island. Since then I have been back many times, and love it. I always get a buzz here because it takes me back to my youth.”

David’s parents even toyed with the idea of buying a hotel on the Island before opting to stay in London. But inspired by his Island heroics, he quickly moved through the ranks of distance running. Within just eight years he represented Britain at the 1972 Munich Olympics. He finished sixth in the 10,000 metres final, and it has always rankled with him that he did not strike gold, admitting he was ‘not firing on all cylinders’, and it as the worst day of his life.

His distinctive bushy moustache, long curly hair and red running socks were trademark features as he continued to regenerate public interest in athletics. But in 2003 he was in a legal dispute over the alleged portrayal of his image in the directory enquiries 118 118 service advert.

The company used twin athletes wearing red socks and David’s distinctive moustache and hair cut. Eventually they backed down claiming ‘it was all a big misunderstanding’, but only after it cost him £60,000 in legal fees!

After retiring through injury at just 25, David worked as secretary for the International Athletes Club – and athletes’ union. He quit to open a couple of night clubs in Luton, but returned to the sport in 1988. For 12 years he was Race Director of the hugely successful London Marathon, during which time it raised £550million for charity. He has now cut back on commitments in favour of more spare time – and holidays on the Island.

However, recently his marathon prowess was in evidence when he painstakingly planned the course for the London Olympic Marathon. The race started in the Mall and finished not in the Olympic Stadium as is tradition, but outside Buckingham Palace after passing virtually every top landmark in the capital – an amazing London travelogue! It took him a year to plan, and he describes it as one of the most satisfying projects he has ever undertaken.

David is now 63 and approaching the 50th anniversary of that run around the Island that started it all. But he assured me he is not planning a ‘lap of honour’ to mark the occasion!