Another gold for Monkey Haven

Another gold for Monkey Haven 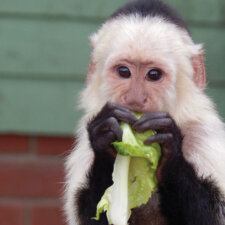 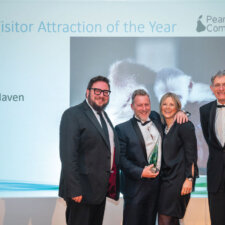 For the fourth time, the team at Monkey Haven scooped the top Gold Award for Small Visitor Attractions in the Beautiful South Awards – the prestigious accolade that they won previously in 2011, 2014 and 2016.  It means that once again, the attraction will be going  through to the big national finals later this year.

Other good news was that they were Commended in the Ethical, Responsible and Sustainable Tourism category – a “Green gong” that recognises its eco practices, such as using re-cycled aircraft tyres to make a soft covering for the animal play areas.

Kelly Wickes from Monkey Haven attended  the glamorous Awards ceremony at the Grand Brighton Hotel, which were hosted by travel broadcaster Simon Calder.

“We’re so proud and what a way to kick off our 10th anniversary celebrations” said Kelly, who is the daughter of founder Don Walser and now responsible for overseeing all the marketing for the charity.  She and her husband, David Wickes, accepted a huge crystal trophy on behalf of the primate rescue centre. 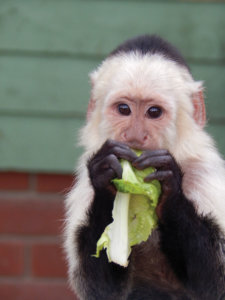 “This special award is for all our Keepers and volunteers and it’s a tribute to all their hard work, passion and dedication”, says Kelly. “Plus it’s for everyone who’s supported us over the years, in so many ways, from donating fruit and veg for the monkeys, to visiting us and helping to make this a happy, award-winning animal sanctuary. Together we’re rescuing creatures in crisis and having a lot of fun along the way. Thank you everyone!”