A diamond that attracts the stars!

Home|Features|A diamond that attracts the stars!
Previous Next

A diamond that attracts the stars! 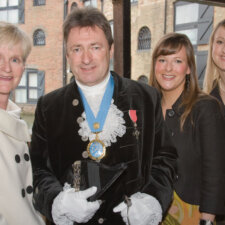 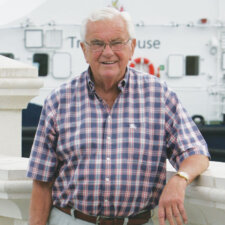 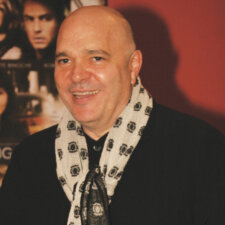 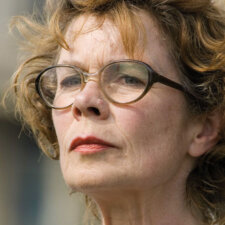 For a little diamond-shaped island measuring just over 22 miles wide and 13 miles deep, the Isle of Wight has been home to way more than its share of notable names over the centuries.

Everyone can reel off the obvious ones – from Queen Victoria, Charles Dickens and Lord Tennyson to Barnes Wallis, Anthony Minghella and Bear Grylls.

But who knew, for instance, that the Island produced such famous acting names as Sheila Hancock, born in Blackgang, Jeremy Irons, born in Cowes, and Brian Murphy, born in Ventnor.  Or sporting stars such as Premier league footballer (and now manager) Lee Bradbury,  England cricketer Danny Briggs and heptathlete Kelly Sotherton?

Then there’s TV and stage actress Celia Imrie, who was born in Guildford but has for many years had a second home in Cowes.  As an interesting side-note, it’s reported that the title for her friend Victoria Wood’s hugely successful comedy skit series Acorn Antiques (in which Celia played Miss Babs to Julie Waters’ Mrs Overall) was lifted from an antiques shop of the same name that Celia had spotted in Ventnor in the 1980s.

Among other luminaries who discovered the Island and crossed the Solent to make it their home, there have been comedians such as Ken Dodd, who had a holiday home at Freshwater, and Carry On star Jack Douglas, who fell in love with the Island after a spell in panto here.  Another big comedy name, Phill Jupitus, was born in Newport.

TV people seem to have always had a particular affinity for the Isle, and among those who set up home over the years were news anchors Cliff Michelmore, Kenneth Kendall and Shaw Taylor. There was also TV actor Geoffrey Hughes, and more recently, gardening presenter Alan Titchmarsh.

Writers have famously flocked to the Island for inspiration – from those historical greats, Lord Tennyson, Charles Kingsley and John Keats, to Lewis Carroll and J.B. Priestley.  But among the more contemporary examples is a writer who never really went away.

Raymond Allen, the creator of the cult TV series “Some Mothers Do ‘Ave Em”  was a pupil at Ryde Secondary Modern School and left at 16 for a job as a junior reporter for the Isle of Wight Times.  After his RAF service, he returned to the Island and took humble jobs washing dishes in hotels and cleaning at the Regent Cinema in Shanklin, while struggling to make it as a playwright.

He wrote around 40 serious plays without success, and the script for his first sitcom was rejected by ITV – but his second was accepted by the BBC, and he was invited to write six further episodes of ‘Some Mothers..’. It was such a hit that two more series followed between 1973-75 – and the show still has a cult following to this day.  Raymond still lives in Ryde.

The iconic Isle of Wight Festival has given the Island a music reputation that rocks around the world – and individual musicians and bands have strong personal ties to the place, too. Shadows guitarist Jet Harris lived in Bembridge until his death in 2011, while Black Sabbath singer Ozzy Osbourne and his famous family have a holiday home in Yaverland.

Level 42 singer and bassist Mark King was born and brought up in Cowes, where his family lived in a modest dairy house that was tied to his father’s job.

Mark attended Kitbridge Middle School where he met his childhood sweetheart, Tracey Wilson, about whom he later wrote a song – but his time at Cowes High School came to an abrupt end when he was expelled after turning up for lessons in a pair of denim jeans!

His stellar music career was launched at one of Level 42’s first gigs, at the Babalu Club in Ryde, where the band was spotted and signed by a small independent record label.  Within a year, they’d been signed by Polydor, and the rest is history.

Politicians, too, have looked to the Island for rest and respite, and more than a few Government ministers have been known to inhabit holiday homes particularly around West Wight.  Among the most famous were wartime PM Winston Churchill, who visited Ventnor for extended periods throughout his life and Margaret Thatcher, who rented a house in Seaview. But from the other end of the political spectrum, the Island also attracted  socialist revolutionary Karl Marx, who lodged in Ryde in the 1870s and Ventnor in the 1880s.

The Island has also been the mother of invention, with residents including Barnes Wallis, inventor of the so-called ‘bouncing bomb’ who lived and worked in Cowes, Isaac Pitman, inventor of the famous shorthand system who lived in Sandown, and Sir Christopher Cockerell, who invented the hovercraft while working in East Cowes.

The movie world’s links to the Island included Pink Panther actor David Niven, who lived in Bembridge as a child.  In fact the family home, where David grew up – a pastel pink-painted Regency house named Rose Cottage – came up for sale earlier this year.

But the world of Tinseltown was probably most famously represented on the Island by the late Anthony Minghella, of the Ryde-based ice cream making family, who won a Best Picture Oscar for his 1996 movie The English Patient.  His award-winning film starring Ralph Fiennes and Kristin Scott Thomas included footage shot at Shanklin Pier.

Accepting the Oscar at the glittering Hollywood A-lister ceremony, Anthony placed his native Island firmly on the world map by declaring:  “This is a great day for the Isle of Wight!”