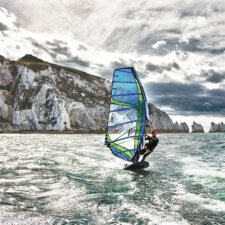 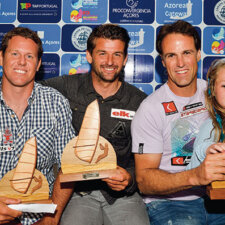 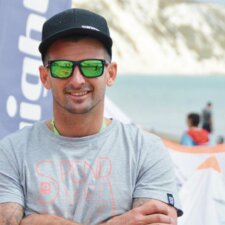 It’s little wonder that Island windsurfer Ross Williams feels like he has been riding the crest of a wave these past few months.

Ross, whose passion for water sports began when he was a toddler running around on Island beaches, recently became Formula Windsurfing World Champion for the second time, lifting the title in Praia da Vitoria on Terceira Island, Azores.

He beat the best of the rest to claim the crown, emulating his success at the championships in 2012. The thrilling sport sees him competing all over the world, but whenever he can he returns to the Island. He smiled: “Home is currently at my mum’s house in Ventnor, but 90 per cent of the time I am on the road. However, one day I am looking to come back to the Island and base myself here.

“When I am in the UK I like to keep busy most of the time and in the winter I can track storms and go wherever the biggest waves are. Last winter we were down in Cornwall at the big wave spot.

“But I have probably been to most of Europe, Africa, Cape Verde and Indonesia, as well as Hawaii, Japan, Korea, Turkey – all over the place. Cape Town, Chile and Hawaii are the best places for me in the winter. They have the best winds. I would still really like to surf in Fiji and the Seychelles. There’s tons of wind and waves – its just finding the time to go to these places.”

But globe-trotting Ross has never lost his love of the Island, saying: “I love Ventnor for surfing and Niton. We are very lucky, because of the way the Island is, you can go wherever and find good conditions if there’s winds. There’s a good crowd of people on the Island who are into watersports.

“I think I am very lucky to have been brought up on the Island because its very relaxed, crime is low and of course Wight Waters is where it all began for me. My uncle and dad set up Wight Waters back in the early 1980s so at three or four years of age I would just be left on the beach, all day long and naturally I was just tearing around doing every kind of sport possible.

“I really got the bug for windsurfing and surfing. My uncle first started taking me away when I was nine to start competing with my older brother, Aaran. He was really very good and I wanted to be him, because he was bigger and stronger. I would often go out and get picked up by rescue boats because I didn’t have the strength – I would find myself miles out. The lifeguards would say ‘he’s out there again, would you go and pick him up?’ I would be a blip on the horizon!”

Ross has learned to handle the pressure that comes with his sport at the highest level, but reckons: “When I was young, it was just a way to have fun. I was very fortunate. I was probably one of the best for my age in the country so I had no real problems about getting good results. I just wanted to have fun and go windsurfing, travel around and meet people. 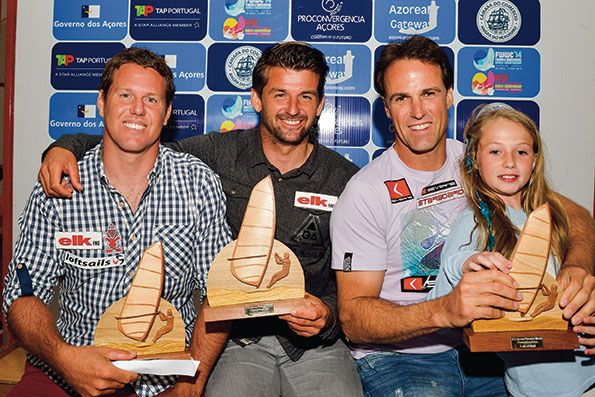 “When you start to realise you have to decide if it is feasibly something you can make a living out of, then a little bit of pressure comes onto you because I had to rely on my parents until I was about 20 to support me and help me get to events and train in the winter. Without them I simply wouldn’t have been able to do it.

“When I was in my 20s I just wanted to get away from the Island but when I was away and seeing the world, I remembered that I still had good friends on the Island that hadn’t left. In the end I was drawn back here because I have such good memories growing up here. It’s chilled out, it’s safe, it’s a good place to bring up a family. I know the job potential on the Island isn’t amazing but you can have a nice standard of living if money isn’t the be all and end all.”

Ross knows that if he had really put his mind to it, he might have been selected to compete for Britain at previous Olympic Games. But he said: “That is all about physical fitness and you have to have talent. I trained for it when I was about 15 and 16 but it wasn’t what I was into doing. There was no wave sailing or doing all the tricks and I think back then, it wasn’t so well funded. It’s very hard to be an Olympian and it didn’t fit me. I didn’t want to be told that I couldn’t go surfing.”

He still feels the thrill of his World Championship success, adding: “The first person I told was my dad because he was out there with me. Then I got on the phone and told my mum and my brothers. I love winning. Sometimes the hunger to win gets even stronger, depending on what is happening in your life. It’s about having that killer edge, trying to get out there and giving one hundred percent without thinking about anything else. You have to be selfish and have to be in your own zone. Professionally, winning the world title again gave me a great sense of achievement. When I won it first time, I had had such a great 2012. But then you tend to fade a little bit, so it was great to back it up and validate the fact I am not just a flash in the pan. 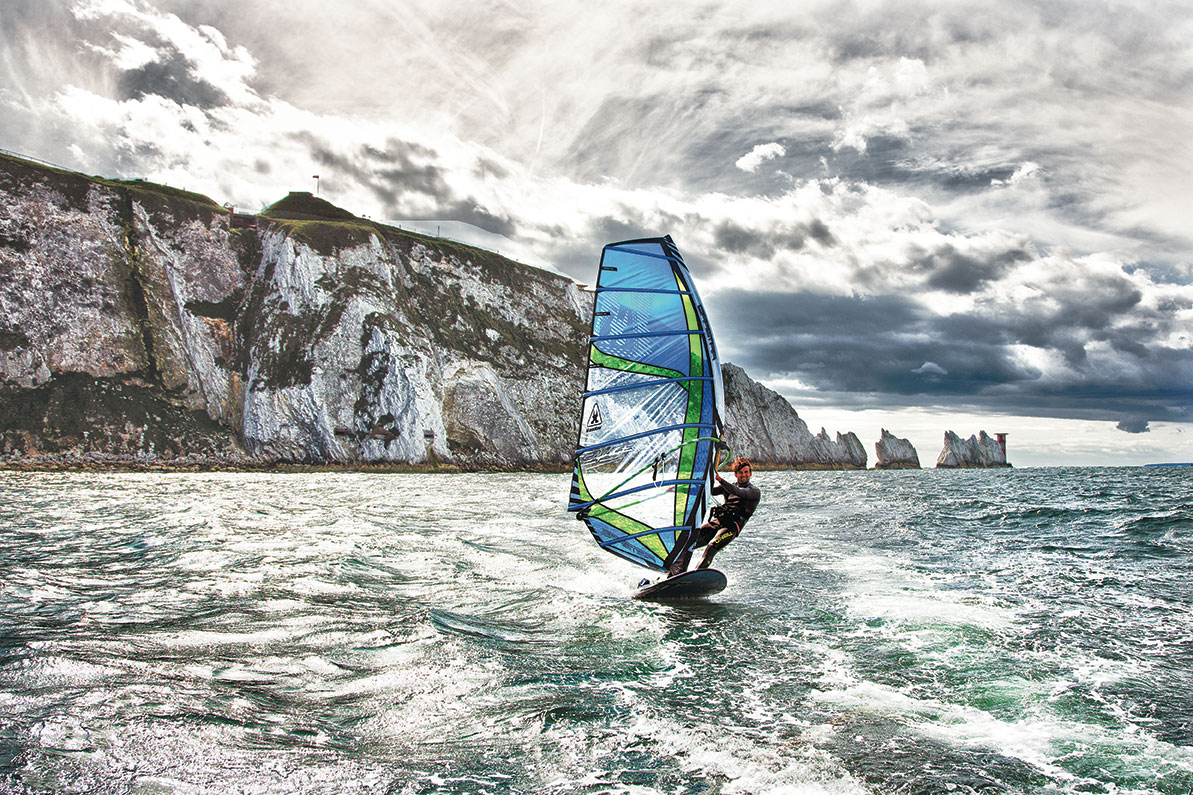 “But my goals have shifted for the moment – still be a pro windsurfer, still get results and do the tours, but I want to focus on my business and it’s been going good. I want to focus on chillaxing this winter, getting super fit and having a real good season in all the disciplines next year.”

Ross admits that amid the intensity of competition, there have been a few lighter moments. he recalled: “About 10 years ago I got rescued on the back of a jet ski after surfing some big waves in Hawaii. My shorts had been blown off and there were all these people on the cliffs taking photos and there I am, just butt naked. The shorts were ripped apart and I was holding them with my mouth while holding onto the back of this jetski and my backside in the air!”