William Smith: “We simply love the Island and have made it our home”

Home|Interviews|William Smith: “We simply love the Island and have made it our home”
Previous Next

William Smith: “We simply love the Island and have made it our home” 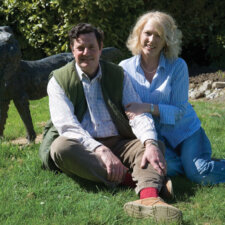 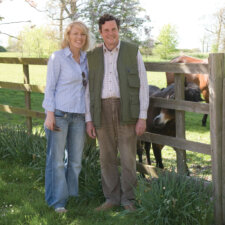 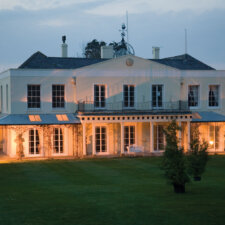 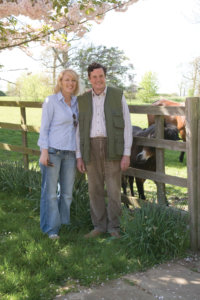 Island Life visits William and Susie Smith as they take over as new owners of the magnificent Westover House.

I recently had the privilege of being invited to Westover House to spend the afternoon with William and Susie Smith.

WIlliam and Susie already hold a privileged position within the Isle of Wight community, as I quickly discovered when her staff kept referring to her as ‘M’Lady’.

At this stage I thought to myself ‘What do I say, how do I behave?’ and it was just as these thoughts were running through my head, that Susie’s Land Rover pulled up in front of me. Suddenly she leapt from the vehicle and greeted me with a huge smile and an uncertain:

“Are you sure jeans are OK?” With that, the ice was broken, and I decided that this was going to be fun. William was running late so we took a tour of their new home.  It was clear that Susie was bubbling with excitement at the prospect of moving in.

As we walked, I asked if this was going to be their final move.

“Definitely, yes!” she said. “I have had three years of builders in our old property, and it’s now time to settle down. I’ve had enough of moving.”

She added: “Owning a house like Westover comes with certain responsibilities, though.  We would really like to become an integral part of the community.  We don’t want to just shut ourselves away up here, we’d prefer to have some positive input and help the community as much as we can.”

Westover is a beautiful property and I asked if the Smiths would ever consider opening it to the public. “I’m sure we will, although people have to remember at the end of the day it is our home.  Having said that, we do have beautiful grounds, which I am sure we will open to the public sometime in the future.  We may also consider opening some of the rooms on the ground floor. After all, there is so much history connected with the house, that it wouldn’t be fair to keep the doors closed – although I don’t think we will ever go as far as having tea rooms.”

“When we decided to buy Westover, we asked the estate agent to sign a confidentiality agreement, but all sorts of rumours started going round – one of them being that Robbie Williams was going to buy the place.  Of course, all the time we knew we had bought it!. Also since buying the property it appears from research that Westover comes with the Lordship of Westover or Calbourne, which is a pleasant surprise.”

As we continued the tour, I could see that Susie was wary about publicity so I asked her why this was.

“When we were in London we were pestered all the time by the Press, and in London journalists tend to be very uncaring, always looking for an angle, so you had to be very careful of what you said and did. That’s one of the reasons we decided to move to the Island, to get away from all that, and here I am talking to you… but that’s OK, because I like your magazine.

William and I simply want a peaceful life, so we can enjoy Westover as a family, which doesn’t seem much to ask. We do sometimes wander up the road to the local pub as a family and have a drink and something to eat, and we also love going to Spencers (M&S) for a Latte and slice of cake,”

I found Susie to be a very caring and happy person, it was nice to see that even though she has had a privileged up-bringing, there was still a naughty streak in there. As she showed me into the sauna/gym area she commented: “This will be good for my girlie nights!  I do like to keep fit, and I used to run almost every day and now I will have the privilege of running round the grounds in privacy – I can’t wait.”

During all this time there were endless Peter Holbrook removal vans rolling up the drive.  I remarked to Susie that it must be nice seeing all her personal belongings coming into the home.

“I love antiques, and I love buying them,” she said.  “I suppose I am a bit of a Lovejoy – the only difference being I don’t sell them, so we have built quite a collection over the years.” 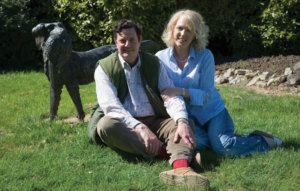 By this time William arrived, and before he could even say hello, Susie commented “Darling, you are not wearing that scruffy old jumper, please go and change”.

William has a very distinguished look – one of those looks that you could never re-create no matter how hard you tried.  If I wore the same clothes he had on that day I would simply look like a scruffy urchin. William, for some reason, can carry this look and still come across as supremely distinguished.

With all that William has, he is still very much down to earth, with no falseness about him. I liked that very much.  He has the knack of making you comfortable and at ease in his presence – and let’s be honest, a lot of people in his position would be unapproachable and most likely difficult, but not William.

After five minutes talking to him, you can tell he is a man who has the ability to get things done – and I think it’s more a case of ‘You will do that’, rather than, ‘Can you do that’.

He comes across as very caring, and is well aware that with money comes responsibility – and he takes these responsibilities seriously. Again, like Susie, he cares very much about the Island and the local community.

“I really want to see the Island prosper, it’s such a lovely place,” he says.  “I think that the Island deserves better. I would like to see more affordable housing so the younger generation can get a foot on the property ladder.  This is crucial in order to keep the chain going. Perhaps we also need a subsidised ferry – after all, every other Island in the UK has subsidised ferries, why can’t the Isle of Wight? I also feel that we should encourage more businesses onto the Island, which will create better-paid jobs and play a big part in the regeneration of the Island. “

William says he’s a great believer in using local suppliers whenever he can, and walking through the house I saw endless Miele products and a number of holes and wires in walls for TFT Flatscreen TV’s, so I asked where all this equipment was bought.

Susie replied: “Buywise in Newport – they are really good. They’re friendly, and offer a fantastic service.  It’s important we all support local shops whenever we can”  And with that, another van pulled up from Tile Superstores delivering floor tiles. So WIlliam and Susie really do practice what they preach. 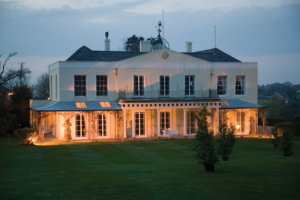 Walking round the grounds I asked Susie what she would most love to do that she hasn’t done already, “I’d love to learn to fly a helicopter, I simply love them. At Westover we are lucky enough to have a large hangar and heli-pad, and it’s a shame we do not use it. Perhaps one day when we are settled in, and I’ve got more time.”

Susie, who trained as a barrister specialising in negligence, still has chambers in St Albans.  Asked if she would like to return to the profession she replied: “You have to be working full time because there are so many changes to legislation, and its application, I no longer have the time to keep up with the profession.

Running a home like Westover takes a large proportion of my time. It’s now time to move on.”

William on the other hand will never stop working.  Currently, he works from the early hours of the morning to 10pm most nights. I asked William, ‘If I took all your money away and placed you outside the gates of Westover, could you do it all again?’

Without a moment’s hesitation William replied “Yes, I think I could, although I may be a bit too old now to work the hours I did when I was younger, but I feel that anyone can achieve whatever they want if they work hard at it.

There are no quick ways of making money, it’s always hard work. My line of business is property, and I have taken my company through three recessions and I am still here, so I’d say that as well as the hard work, you have to have a certain amount of sense, and learn to predict market trends and then take appropriate action in time to prevent anything nasty from happening.”

“I remember on many occasions in the past saying to people ‘That’s no problem I can do that’ and then going away thinking ‘What have I said?’ – but I would always find a way of doing it.”

William and Susie come across as an extremely likeable couple, who have both worked hard to create a luxurious lifestyle for themselves. They are fun to be with, good conversationalists, and best of all they are down to earth. I believe William is very serious about the Isle of Wight and will do everything in his power to ensure the Island is given a boost, and from what I have seen so far, he is more than capable of making a difference.

Island Life is fortunate enough to have been granted an exclusive invitation back to Westover, which means we can bring you wonderful photos of the property once all the work is completed.