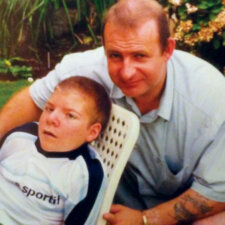 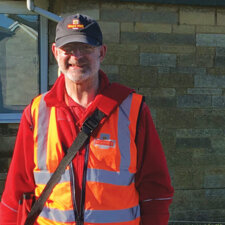 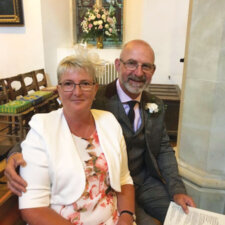 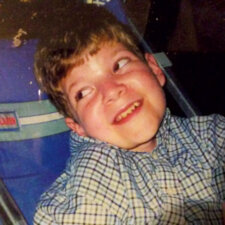 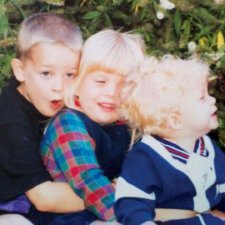 One of the people lacing up their boots for a 50-mile coastal walk for charity over the weekend of April 27-28 will be Isle of Wight postman Andrew Fowle – and he has a special, heartfelt reason for taking on the fundraising challenge, as he tells Jackie McCarrick.

As a reserve cover postman working out of Ventnor, Andrew Fowle routinely walks eight or nine miles a day on foot, and his rounds cover some of the hilliest areas and steepest footpaths on the Island.

So when it comes to the question of how he’s going to get into training for the two-day, 50-mile coastal walking challenge he’s taking on this month, the answer is simple:  he’s literally training on the job.

“Doing all those rounds in Bonchurch and up and down the steep pavements of Mitchell Avenue, Leeson Road and Lowtherville keeps me pretty fit!” he laughs. 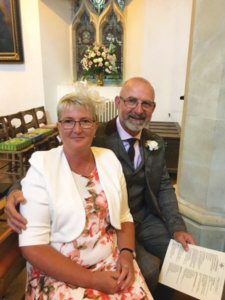 Andrew, 56, was particularly keen to take part in the ‘Follow the Seagulls’ challenge because it is to raise funds for the national brain tumour support charity brainstrust, based in Cowes.

And, having lost his own son Ashley to a brain tumour, just two months before his 14th birthday in 2004,  he is acutely aware of the suffering involved for families.

“When we were going through it with our son, we had such a lot of help from people we didn’t even know” he says.  “I felt I wanted to do the walk as a way of giving something back, to other families who may be going through the same thing”.

He’s also keen to raise awareness of the work the charity does to support families dealing with the huge impact of a brain tumour diagnosis. 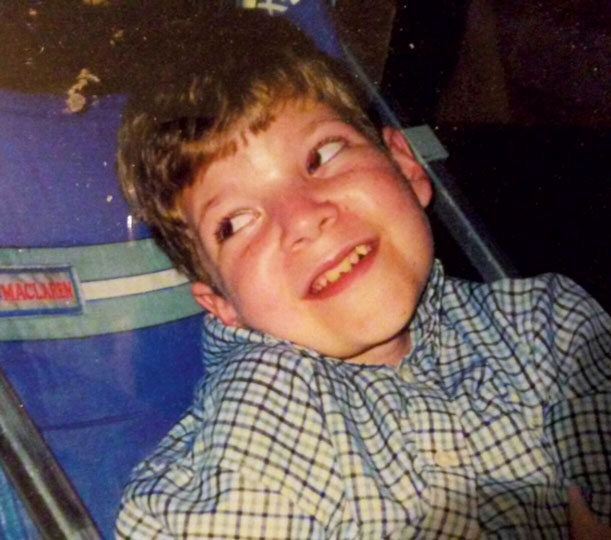 Ashley was initially diagnosed with a brainstem/spinal cord tumour in 1994, when he was just four years old. He had been treated for hydrocephalus, a build-up of fluid on the brain, when he was six weeks old, but it wasn’t until he was aged almost four that he began developing scoliosis (curvature of the spine) and doctors became concerned.

The little boy underwent an MRI scan, which revealed the devastating diagnosis of a brain stem and spinal cord tumour.

Andrew, who at that time was a policeman based in Maidstone and married to his first wife Vivien says: “We were basically told that nothing could be done, surgery wasn’t possible because of the position of the tumour and Ashley was given just six to 12 months to live”.

Ashley was treated with radiotherapy, which Andrew now believes made his condition worse. By chance the family heard about a paediatric neurosurgeon based in New York, Dr Fred Epstein, who had successfully operated on these types of tumours in children. Going against the advice of the UK doctors, they sent Ashley’s scans to Dr Epstein.

Andrew says: “Dr Epstein phoned me from the States and told me he could operate. We were elated, but also angry because Ashley had gone through the radiotherapy which would make surgery more difficult. We knew that without the operation Ashley would have only six to 12 months, and we were already six months down the line.  We did a lot of soul searching and made the decision to go ahead with the surgery”.

But the family was then faced with the prospect of having to raise £35,000 for the operation. On a police salary and with the usual commitments of mortgage and bringing up a family of three children, they turned to the Police Benevolent Fund, who offered to support the family and lend them the money for the operation.  But they also thought it was worth launching a fundraising drive.

After the ‘Ashley to America’ appeal was launched – despite being long before the days of social media – the response was incredible and almost instantaneous.  National TV appearances followed and within days, thanks to the generosity of the public, the fund had reached £100,000, with the extra funds being put into a trust for Ashley’s care.

Andrew even received a personal call from Richard Branson, offering to fly the family to the States on Virgin Airways, whilst at the other end of the scale, ordinary local people dropped off small donations at the police station to support the effort.

On arrival at the hospital, Ashley underwent surgery on his brain and Dr Epstein confirmed that he had managed to remove 95 per cent of the tumour.

Once the effects of the radiotherapy had worn off and he had recovered from the operation, Ashley did recover slightly and was able to feed himself and walk with a frame.

Andrew recalls: “Physically he wasn’t good, but he had a hell of a sense of humour and always had a smile on his face.  We had a walking frame for him and he loved playing football”.

Ashley attended a local primary school and went on to pass the 11 plus, gaining entry to grammar school with ambitions to be a lawyer. And although he couldn’t play football, he became the referee, whizzing around the AstroTurf in his wheelchair.

But tragically, bad news was just around the corner when one of Ashley’s regular scans revealed that the tumour had begun to grow again.

“We got to almost 10 years after the surgery” says Andrew “when they said there had been a change and it looked like the tumour had begun to grow again. We contacted Fred Epstein but he said he would not be able to operate again”.

It was decided to treat Ashley with chemotherapy, but sadly he died the morning after receiving the first treatment in May 2004, and just two months before his 14th birthday. 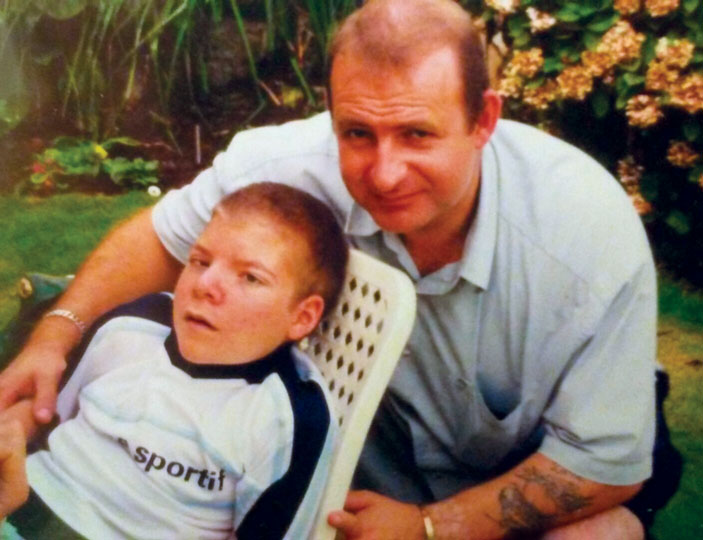 Andrew says: “Taking Ashley for the operation in America was one of the hardest decisions we have ever had to make, but it gave him another 10 years of life. Despite suffering physical disability and numerous hospital visits, Ashley achieved so much in his short life. He had a positive influence on everyone he met. He never complained about his lot, and always had a smile on his face, an example to us all”.

During the difficult days that followed Ashley’s death, Andrew discovered the peace to be found on the Isle of Wight.  He initially came for a holiday with his now-wife Karen, who loved it from spending family holidays here – and he fell in love with the place too.

Their trips across the Solent became more frequent and in 2007 they bought a house in Ryde, with plans to make it their retirement home.

Andrew finally retired from Kent police in 2013 and he and Karen, a teacher, have been living happily here ever since.

For a while, he worked as a care worker, and then in October 2015 began the postman job, which he says he absolutely loves.

“It’s a bit like being a policeman but without all the responsibility!” he says. “I love the fact that I can get out and about and chat to people – and of course it’s great for keeping fit”.

He says that when he heard about the walking challenge for brainstrust, he instantly wanted to get involved:

“I’ve always wanted to do something to give back and to support other people who might be in the same position as we were, which is why I signed up to take part in Follow the Seagulls. It’s also important to me to walk in the memory of Ashley who was an inspiration to a lot of people”.

Anna Wilson, Challenge Events Coordinator for brainstrust said: “In walking to remember Ashley, Andrew will be joining a team of Seagulls Superheroes walking for inspirational reasons. Whether they’re walking to remember someone, to support somebody they love, or they’ve been diagnosed themselves, Follow the Seagulls brings together an incredible group of people all ready to do something big to support people affected by a brain tumour.”