The boy who was ‘born to boat’

Home|Interviews|The boy who was ‘born to boat’
Previous Next

The boy who was ‘born to boat’ 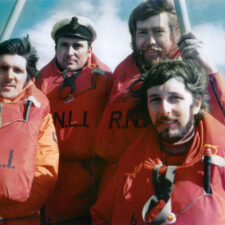 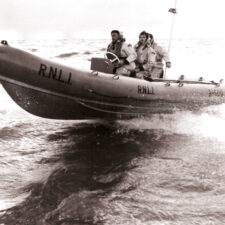 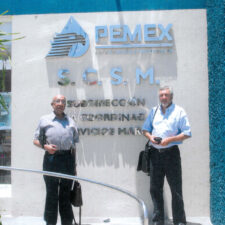 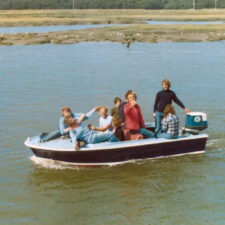 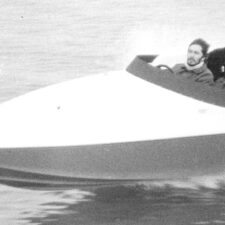 A carefree Island childhood spent ‘messing about in boats’ proved to be the ideal preparation for Mike Dorey’s long, globe-trotting career, solving problems in the marine industry.  And some of his challenges have been pretty hair-raising, as the retired technical director explains here. 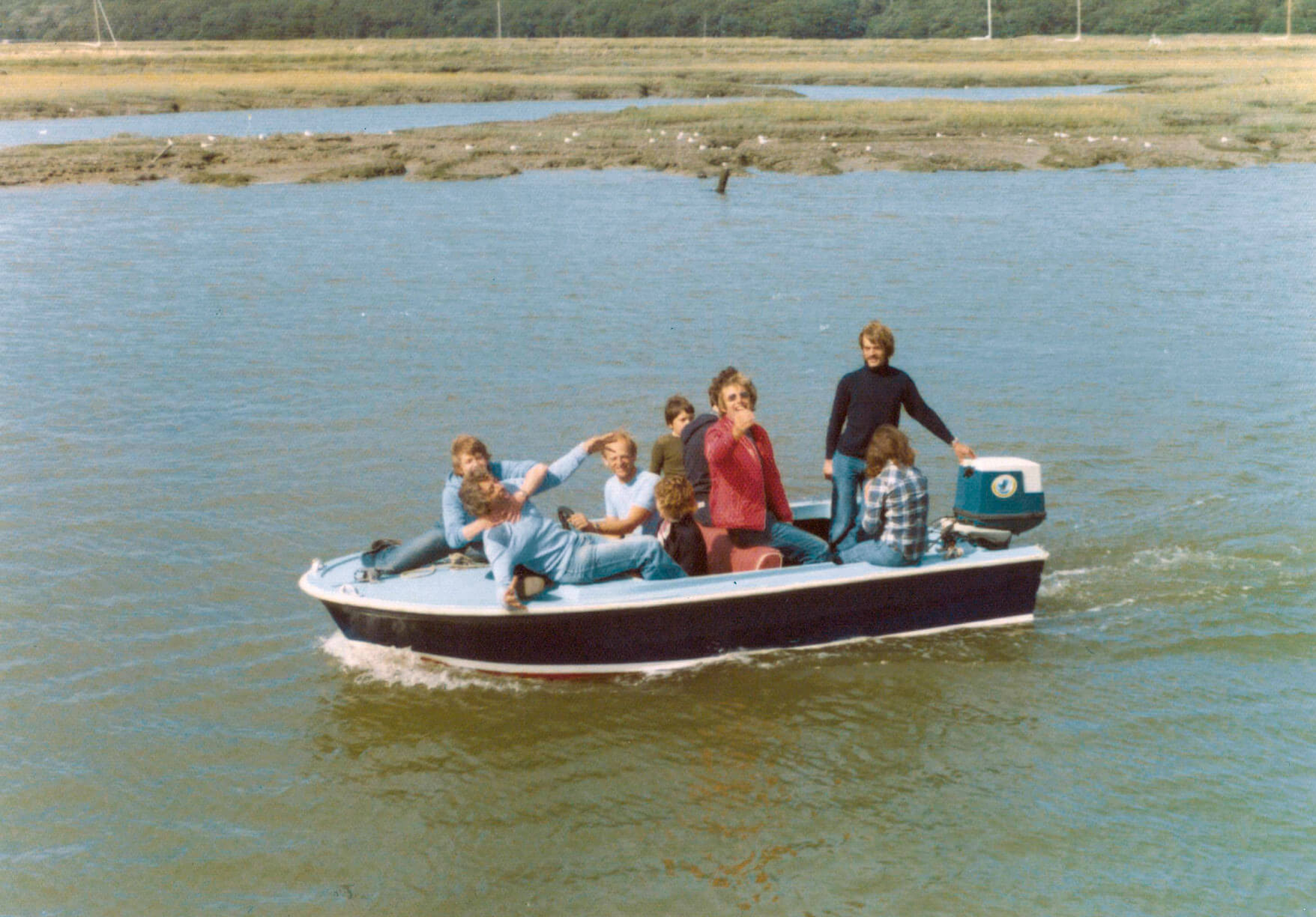 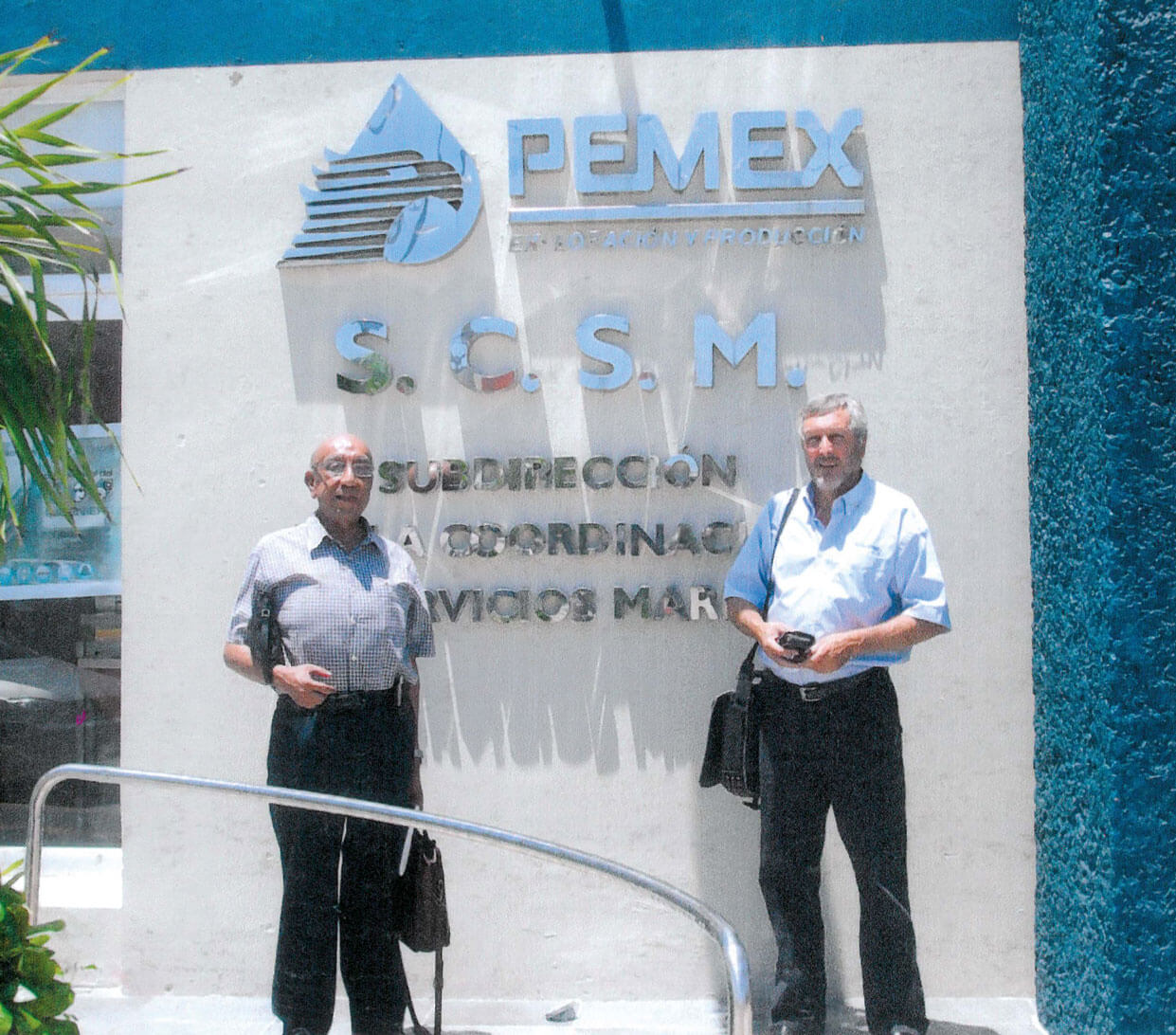 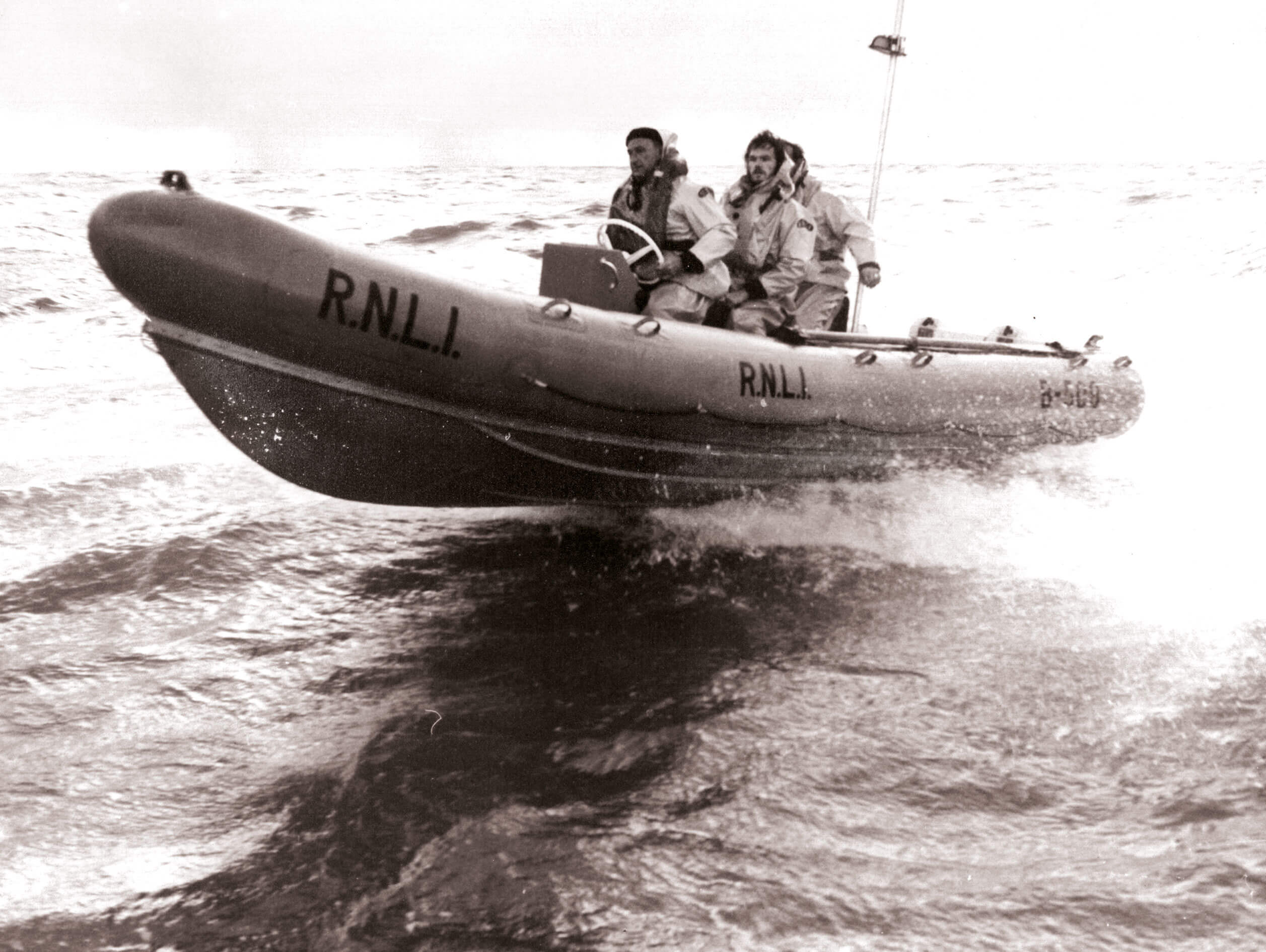 There was never any agonising over career choices or university options when Mike Dorey was a pupil at Freshwater Secondary School during the ‘Swinging Sixties’.

In fact, the West Wight schoolboy was effectively headhunted at the tender age of 16, and bounced straight from the classroom into a job with the local boatbuilding company Ring Marine.

Joking that he was ‘born to boat’, Mike says he’d got his first whiff of engine oil as a child, when he started helping his uncle, a keen boater who always had some project going on down at the yard.

Before he’d even left school, Mike had already bought his own first boat.  He admits it was ‘a bit of a wreck’, the result of having broken its moorings and sunk – but all he saw was an exciting challenge, and promptly rolled up his sleeves for the task.

Ring Marine saw the impressive restoration the teenage boat wizard was doing, and promptly offered him a job as soon as he left school.

For the next three years, he and the company’s owner Mike Ring would spend long hours in the boatyard – and when they weren’t there, they could usually be found racing around the country in a Class 3 race boat.  Or, in Mike’s case, taking his turn as a member of the Yarmouth Lifeboat crew, which he joined the moment he was old enough, at 16.

It was an intense period of learning and building on his skills – but it came to a crashing halt when he was still only 19, and the Ring Marine company went bankrupt.

When the Official Receiver was sent in, Mike recalls that he found himself having to prove that the trusty Landrover he was driving actually belonged to him and not to the company – the Receivers had been all set to seize it!

As well as managing to hang on to his vehicle, Mike also found himself pretty soon in demand for his engineering skills, and was approached by the specialist oil spill clearing company, Vikoma, which had been formed by BP following the UK’s largest-ever oil spill when the SS Torrey Canyon spilt 32 million gallons of oil off the coast of Cornwall.

Vikoma invited Mike to start working for them as a contractor, helping to build the vessels that were used in clearing damaging oil spills all over the world, but he didn’t remain a contractor for long. Ultimately, he was invited to join the company – and his decision to say ‘yes’ led to a 32-year career there, culminating in his appointment as Technical Director.

Over more than three decades, Mike reckons he travelled hundreds of thousands of miles, jetting around the globe as a marine troubleshooter, from China in the East to the USA in the West, and all points between.

“The funny thing about it was that nobody ever seemed to know what I did” he laughs, “but  no matter which country I found myself in, anywhere in the world, people would hear the company name Vikoma and immediately say:  ‘Oh – Mike Dorey?’”

It seems that, as had been the case when he was 16, Mike’s reputation for problem-solving would always go before him.

And despite being on the technical side of the company rather than sales, he actually managed to clinch several multi-million pound sales for Vikoma, through coming up with real working solutions to clients’ problems, rather than just selling them the latest product.

Joining the local Lifeboat crew at 16 was just another expression of Mike’s passion for boats – and it was only after a few years that he discovered by accident that he wasn’t the first in his family to have served in that way.

In fact, a plaque at Totland Lifesboat station bears the name of his grandfather, Percy Dorey, who died before Mike was born.

“I guess some things might be buried in our genes that we aren’t even aware of” he reflects.

Mike’s 10 years of service to the Lifeboat crew involved some gruelling experiences such as picking up dead bodies and having to give the kiss of life to drunken people who’d fallen overboard.

“Not many kids of 16 will be exposed to things like that” he says.

They would also be unlikely to have the experience that Mike had of testing prototype lifeboats, which he spent many of his weekends helping with, from the age of 16.

The infamous shingle bank at The Needles had been earmarked as a pre-manufacture testing site for the RNLI’s Atlantis lifeboats because it’s known to be so rough in all kinds of weather conditions – and the aim was to test the boats ‘almost to destruction’.

Three boats would go out at a time, with two deliberately trying to get broken while the third was on standby for rescue of the crews when necessary.  It made for a hair-raising experience when the weather conditions were particularly rough – but typically, Mike never missed an outing.

In those bad old days, the only protection for the crews would have been plain old oilskins – none of today’s fancy technical protective gear and helmets.

“It’s almost laughable to think of now” says Mike.  “Health and safety as we know it today didn’t even exist!”

He admits that there was one incident when he seriously thought he’d “had his chips” – when his oilskin got pinned against the superstructure of the boat as it was sinking. Luckily, he survived to tell the tale.

It’s now 12 years since Mike retired as Vikoma’s Technical Director but boats still figure strongly in his life, and his latest is moored literally at the end of the back garden.  He’s downsized somewhat over the years, but still has ‘a little runabout’ – a small speedboat for hopping to the Mainland.  And he also invested in a motorhome to use in retirement for trips to France, Spain and Italy with his wife Elizabeth.

“It’s the best thing I ever bought and we can’t wait to get out and about again next year”.

His technical and managerial skills have also been put to use on behalf of Yarmouth’s ancient village church.

After the stairs to the main tower of the 1640 church building gave way, Mike offered his services to design a kit system and get a new set of stairs into place – a costly, long-term project that’s still ongoing.

He had already proved his project management skills 25 years ago, when he undertook the design and build of the family’s home, complete with minstrels gallery, granny annexe and a huge garden which now helps to keep him busy in his so-called retirement.  “Just to cut the grass and do the hedges is a day’s work!” he says.

Mike’s also involved with the Yarmouth Town Trust charity and helps with the management and maintenance of its Common and five rented cottages.

On the family front, Mike and Elizabeth’s two sons James, 35 and Alex, 31, have clearly inherited the Dorey ‘marine gene’.

Alex has worked as an engineer on the P&O flagship Brittania, the Queen Mary and the QE2 – and he’s currently with a VIP’s luxury yacht.

James runs his own catering business based in Lymington, and among other things, he specialises in providing a service at touring car championships for the Vauxhall team.

Having started out in the industry with a part-time job at Salties restaurant in Yarmouth, James has gone on to provide prestige catering for VIPs and celebrities.

Both sons also indulge their inherited engineering skills in different ways via somehwat glamorous hobbies:James having built himself a 750hp Audi Quattro which he takes to track days, and Alex by building an aluminium wakeboarding boat.

As a family their Island roots run deep, and their attachment to the water even deeper.

“My mother was a Hatch – a strong Yarmouth family” explains Mike, who, despite all the globe-trotting of his working life, was always keen to get back home to the familiar shores of the Island.