Terry Weaver: Terry is still weaving his charm through Bembridge and beyond

Home|Interviews|Terry Weaver: Terry is still weaving his charm through Bembridge and beyond
Previous Next

Terry Weaver: Terry is still weaving his charm through Bembridge and beyond 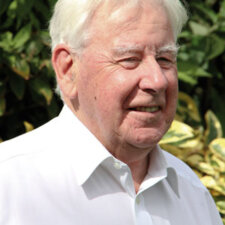 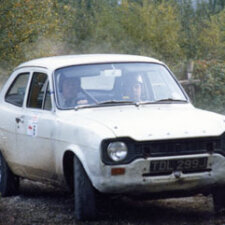 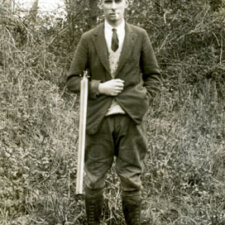 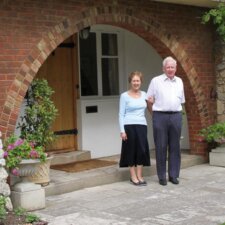 Terry Weaver modestly describes himself as ‘just a village businessman’ qualifying his statement by claiming “Well, after all Bembridge is not that big a place.” But there is not much Terry does not know about Bembridge, and probably the residents of the East Wight village think there is not much they don’t know about him. But maybe there is.

Sitting down for a chat with Terry in the house where he was born back in 1937, and has lived in with wife Venetia since 1974, provided an interesting insight into a man known as the local builder and funeral director, who still loves his work just as much as the day he started 53 years ago.

Terry certainly doesn’t pretend to be something he isn’t. He speaks forthright and honestly about his double profession, his life and his family, making no bones about the fact he doesn’t need to spend hours on the bowling green or golf course to keep him occupied.

He is the fifth generation of the Weaver family to live in Bembridge, taking on a business that began many years ago, long before the introduction of cars, never mind the rest of today’s taken-for-granted luxuries.

He recalled: “My great-great-grandfather Thomas fought with Wellington in the Peninsula War and at Waterloo. He then came to Bembridge to retire. He was a tough guy, and had a son called Henry who formed the business Henry Weaver Contractor.

“There is still a manhole cover up at the church in Bembridge which has his name on it. Henry had quite a big family, and three of his sons, my grandfather Percy, and his brothers Harry and Alf formed Weaver Brothers in the late 1800s, a continuation of the previous business.

“The only surviving son was my father Arthur, who was also known to everyone as Percy, and he took it over because the only other son, Ron, was killed in Gallipoli in the First World War. Percy took the firm on in the 1930s, and in the depression in 1932, my grandmother, a Belgian woman, who could never really speak English well, saved up the money – because she was pretty ‘hard-nosed’ – and bought the yard that we still operate from in Lane End Road.

“She bought two acres for £290 – good business. My father kept it going in the depression and when the war came he ran the fire brigade in Bembridge, was heavily involved with the lifeboat, and did agriculture contracting because there was no building work at the time. Then in 1945 he got going with the building again, operating from the yard we had already bought. Basically he was a builder and a funeral director. The funeral side of the business started back with Henry, my great grandfather.”

Terry attended Ryde School, and then went to the building school in Cowes, followed by two years working for Ken Souter, an architect in Ryde. After that he left the Island to do his National Service for two years, near Stratford on Avon, before coming back at the age of 20 to join his dad in the family business.

He continued: “In 1965 we started developing the yard. At the time it was just a gravel pit with copse in front of it. We built the first block of shops, and then stuck bits on all over the place. They are now all let, apart from my offices and small building area. So Weavers Yard is at the back and Lane End Court at the front.” Since then the building firm has evolved into a property company to a big degree, but with the continuation of both the building and the funeral sides of the business which are run from the same office.

Terry married Venetia Humphrey, the daughter of former Crab and Lobster pub owner Hector Humphrey, and they now live in the family house, as it is known. When they were married in 1965 they lived in a bungalow just down the road – “given to me by my dad, but don’t tell anyone!” They have two children Caroline and Richard, as well as grandchildren – one only recently born. The family has always been close-knit, and in 2003 Richard joined Terry. They now run the company together, with the help of Caroline so the sixth generation of Weavers is already firmly established.

Terry’s hobby for many years was car rallying, and he is still president of the Isle of Wight Car Club. He said: “In 1963 Brian Greaves and I did the RAC rally in a Mini Cooper – we finished but was it hard work! My son now does a lot of rallying and is a committee member of the IOW Car Club. I used to go on the mainland and to Belgium to rally in the 1960s and 1970s in a Ford Escort Mark II. It was a similar car to the one famous rally driver Roger Clark used – although his was a lot more reliable than ours.”

Terry was the navigator to driver Mike Davidson who still lives in Bembridge. They won many smaller rallies, and Terry organised the Isle of Wight Rally, which was a big event at the time. Not only did he organise it,  he also won it – but not in the same year. The rallying team mates also competed in Bilbao in Spain in 1974, one of few from England to compete there because of the petrol shortages following the Middle East six-day war. Spain was the only country not to ban motor sport during the crisis.

Terry said: “The Isle of Wight Rally was a big rally, and goes back a long time. The last one I organised was in 1963, and I think it ran on to about 1969 in a smaller form before ending. At one time they could hold stages on the roads, but then they were switched to special stages in the likes of Parkhurst forest and on farm tracks.

“We also used Ventnor Front, Cowes Front, around the Canoe Lake at Ryde and Sandown Front, which were all closed for the event. You could do that in those days, but I don’t think it will ever be possible again. We had a meeting with friends a few years ago but nothing came of it.

“You can close roads, but when you do so you cannot suspend the Road Traffic Act, so you can close a road, but not race on it. The facility is there, but you can’t use it. It’s a shame it cannot be brought back.” Looking back on his days in Bembridge, he reflected: “In my early days here we only had shops in the main village, and from Lane End to Forelands was virtually uninhabited. The village was half the size it is now, and somewhere where everyone knew everyone else.

“Our company built the Village Hall in 1910 and added to it a few years ago, worked on all of the Church’s building the Methodist Church in 1933, and continue to be active in building and improving many properties in the village. My best customer is me! I build them and then rent them out, I never sell anything.

Despite his flats, shops and industrial units, Terry insists: “I am only a village businessman, and I don’t move out of Bembridge much, apart from holidays. We were married on April 3, 1965 in Bembridge and David Biles was my best man. Then he married in Nottingham in the May, and we went to his wedding. I always say that I would have not got married if it hadn’t been for him, because I got a bit drunk on my stag night, and wouldn’t have got to the church on time!”

Terry and Venetia spent a lot of spare time in the South of France, where they owned a house for 28 years before selling it last year. “We travel a lot, and have been all over the world to places like South America, India, South Africa and all over Europe,” he said. “I like Africa, Kenya Senegal and Rwanda before the problems began there, and thought at the time what nice people they were. But I think Argentina is my favourite country. A holiday is my outlet.”

As a builder Terry was particularly impressed with the building of the pyramids on a trip to Egypt. “They are amazing,” he says. “However they did that with just man-power goodness only knows. But I have never been to so many temples and up so many steps a foot high in all my life. That was hard graft. Sometimes I do look at buildings and think to myself ‘he knew what he was doing whoever built that’ I sometimes wonder who they managed to build some of these really big places.”

The 73-year-old smiled: “I don’t belong to any clubs, and I am certainly not thinking of retiring. I like work, it keeps me young. When I am at home I think of business all the time, so that is why we like to go away a lot. All my friends have retired, and sometimes I think maybe they have got it right. But some of them go up to the bowling club, and that would drive me mad! In a way my business is my hobby. It is better than sitting around on my backside. My family and my work are my life.” 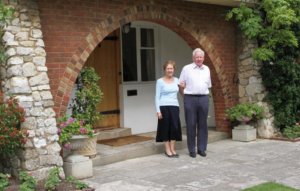 Terry’s funeral business is one of only four private ones on the Island. As you would expect he carries out that side of his work with dignity, professionalism and in a quiet manner, fully appreciating the sensitivity of it. Terry knows all the other funeral directors on the Island, and said “I feel I have built a good working relationship with the other funeral directors on the Island, and if needs must we have often helped each other out with vehicles or man-power at a funeral.”

There are very few people in Bembridge who don’t know Terry, and he prides himself in making friends simply through walking in the village or visiting houses for a chat with many of his former customers. The biggest changes Terry has seen on the Island are the increase in the population, and traffic that goes with the tourism. In his 53 years in business in Bembridge, he reflects: “Things have just got modernised, and I don’t know if it is all for the best.”