Stephanie Slater: The amazing story of kidnap victim who beat the odds

Home|Interviews|Stephanie Slater: The amazing story of kidnap victim who beat the odds
Previous Next

Stephanie Slater: The amazing story of kidnap victim who beat the odds 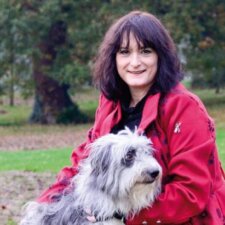 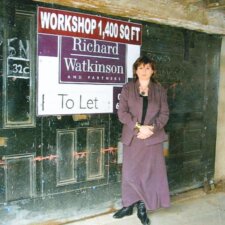 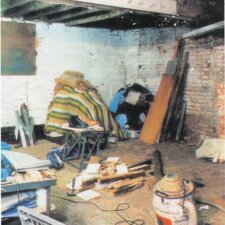 It will be 20 years in January since Stephanie Slater was the victim of one of the most horrific crimes imaginable.

Stephanie was a 25-year-old estate agent going about her work in the Birmingham suburb of Great Barr when she was viciously attacked by a man she was showing around a house.

She was held at knife point, bound, gagged, blindfolded, and bundled into the reclined passenger’s seat of his car, before being tied down and driven to Newark in Nottinghamshire where she was held prisoner for eight days in the most appalling circumstances.

The prospective house buyer gave his name as Bob Southall, but in fact it was Michael Sams, a monster who six months earlier kidnapped and murdered Leeds teenager Julie Dart, an offence he initially denied, but later confessed to in prison.

After eight days of sheer hell, Stephanie’s employers agreed to meet Sams’ £175,000 ransom demands. Police set a trap to catch Sams at the pick-up point, with the money being delivered by estate agent boss Kevin Watts. But it all went horribly wrong. Police lost contact with the radio they had given Mr Watts, and Sams escaped through the fog.

That same night, fearing Sams had picked up the ransom and left her to die, Stephanie was eventually freed from inside her hell-hole prison, driven back to Birmingham by Sams and dumped in the road close to her home. But by then police had already assumed she would never ever be seen alive again. Several attempts to find her had failed; surveillance on her home had ended just 20 minutes before she walked up to her front door, and officers had even asked her parents which one of them would be prepared to identify her body.

Stephanie was so traumatised by the atrocities she endured at the hands of Sams that soon after he was sentenced to life imprisonment she made her own escape to the Isle of Wight where she has lived ever since.

With the 20th anniversary of her kidnap coming up on January 22, Stephanie has spoken exclusively to Island Life about her horrendous ordeal, how the Island helped her come to terms with the nightmare, and what she bravely undertook to try to ensure the humiliation and suffering she went through, not just during the kidnap but also after it, never happens to anyone else.

Stephanie was held captive in Sams’ workshop, secured in a hand-made coffin that was so tight she had to ‘corkscrew’ herself into it when her captor ordered. He then left her overnight in the coffin, locked in a wheelie bin in freezing conditions. Sometimes she was handcuffed to an iron bar above her head and told if she tried to free herself by pulling down, tons of rocks would fall on her and kill her. 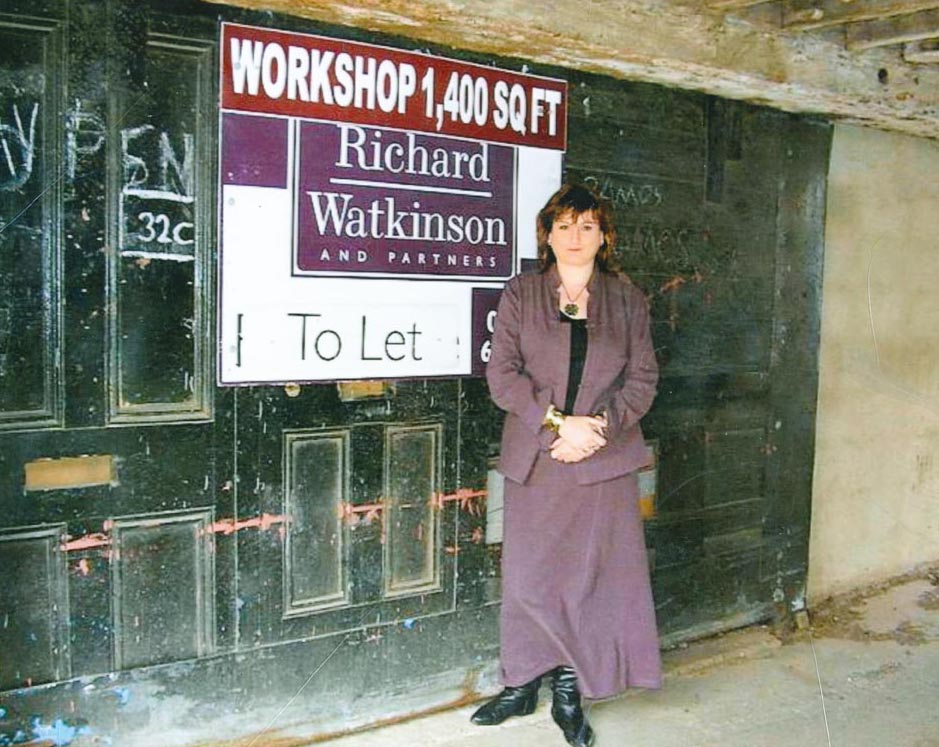 She was also brutally raped by Sams, but only ever told her close friend of that ordeal until years later when Sams claimed in a book he wrote in prison that he had had a love affair with her. During the days she was held, Sams was calmly serving customers in the front of the workshop while she had to sit naked, still gagged, bound and blindfolded, on a mattress.

Amazingly, during her ordeal she bravely built a rapport with Sams, talking about TV programmes such as Coronation Street and her favourite Red Dwarf. She believes those conversations ultimately saved her life.

During her captivity the Press agreed not to publish the story, but within hours of her release West Midlands Police called a news conference, and instead of being given urgent medical treatment and counselling, she was ordered by a doctor to take two sedatives, and then she and her parents were thrust in front of more than 200 journalists and photographers from all over the world. She still has a video of the conference, where she is seen to utter ‘I can’t believe it’.

“I was expecting maybe a local reporter, but was not prepared for what happened. And the previous night when I got home, a police officer would not even let me hug my parents because I was a ‘crime scene’,” she recalls.

Following a tip-off, police began searching for a red Metro car, spotted on the night Sams returned her. Stephanie alleged: “The police parked a similar car outside the house where I was abducted and informed me that they wanted to blindfold me, lie me down in the car and drive me away from the house in order to re-enact the kidnap.

“They would drive me the route they thought I would have been taken by the kidnapper and wanted me to confirm this by any changes I may have noticed in any road surfaces. In short, they were taking me through the whole kidnap once again.  I had no choice but to do it, but I refused to be blindfolded.”

Those were among the reasons Stephanie agreed to give motivational talks to police about how victims of crime should be treated. She said: “I was determined this should never happen to anyone again so I started giving talks around the country to different police forces. Most police officers were shocked by the way I had been treated. They said there was no way this could happen now.”

She continued: “I tried to put the pieces back together, and even went back to work for two days, but I realised the pieces were not there anymore. I needed to go somewhere to start fresh, because everywhere I looked there were reminders of what happened.

“The only place I loved, and had visited regularly from a baby to my teenage years was the Isle of Wight. I had fond memories, and every time I thought of the Island I thought of safety, comfort and happiness. I couldn’t get that out of my head, and I felt I needed to move. So I just made the decision, and a close friend agreed to come with me.

“When I moved I only wanted to live in Ventnor so I couldn’t see the mainland. Whenever I looked over at the mainland I hated it. Everything bad was there, and being in Ventnor there was nothing there to remind me.

“We lived in a flat for a couple of years, but by then I was getting better so we moved to a house in Ryde knowing I could look over at Portsmouth and it didn’t bother me. I did a lot of healing on the Island, but it wasn’t easy. There were times when I drove my car up to Culver and just sat there thinking ‘who would miss me?’ I have never revealed that before. 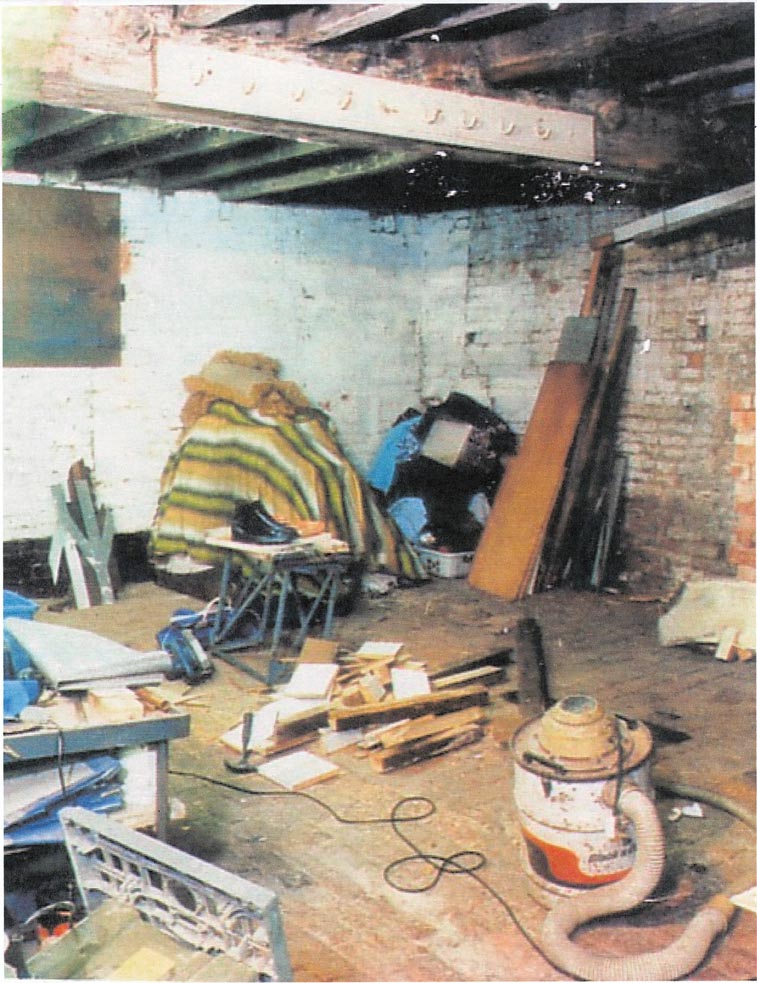 “I went through terrible depression, and after moving here I spent about six years as a recluse. It wasn’t until after my mum died suddenly, and the police got in touch with me to do talks that I began to come out of my shell a bit more. Sams took eight days of my life and I’ll be damned that he was having any more. I do like going out socialising, having a few dates; meals with friends, and I cannot be that person he made me for eight days any more.

“I was asked recently by a police officer if there was anything left of me now that was there before the kidnap. I replied that she is still in there, but I had built on those foundations and become me. I am not that same person who was an estate agent with a company car. That’s not me at all now. What happened threw my life off the tracks completely, and afterwards I couldn’t find those tracks any more, and I needed to find a new set of tracks.

“By being kidnapped I was plucked out of existence, and if he had cut me up and buried me no one would have known what happened. I hate the thought that I could have just vanished off the face of the earth.

“I lost Stephanie on January 22, 1992 – or at least most of her. There were bits of her still inside.  I changed my name by deed poll to Phoenix Rhiannon because I didn’t want to be her anymore. It felt nice for a while, but I might change it back to Stephanie Slater because I am not frightened of her or what she went through any more, and I am not ashamed of her. I don’t carry the luggage that she carried back then.

“There was a time when I saw Stephanie Slater in the mirror and I ran away from her. I ran so far and fast that I went full circle, and a few years ago I bumped into her again. She is OK now; she’s fine, and it’s good to have her back and to be her.”

Following her mother’s death, a police officer who visited the house at the time was shown the book Stephanie wrote about her horrendous kidnap experience, and asked if she had ever considered talking to the police about what happened to her.

“A few months later I was invited over to the police HQ in Netley and asked if I would do a presentation to officers, which I agreed to even though I had never done anything like it before. So in October 1998 I sat in front of about 20 officers and told my story. I just waffled on for a couple of hours, and I thought I had made a mess of it.

“But afterwards I went to the toilet and a woman police officer who had listened to me gave me a big hug and said she had been raped four years earlier but had told no one. Now because of what I had said she was going home to tell her family. That inspired me to carry on, and subsequently I have been to about 12 different forces around the country – even one at Grantham, close to where I was held hostage.”

Sams was finally caught following an appeal on TV’s Crimewatch, and with huge help from Stephanie, who was able to build an identikit picture, and even tell police how he talked, and of his distinctive limp because of a false lower right leg. The TV appeal attracted around 500 callers, including his first wife who said ‘don’t look any further, it’s him’.

Stephanie continues to re-build her life, but is restricted by a back complaint she believes began from her days in coffin captivity, a hideous wooden structure that revealed only her head and shoulders after she had been forced to squeeze into it.