Something’s stirring in the garden…

Home|Gardening|Something’s stirring in the garden…
Previous Next

Something’s stirring in the garden… 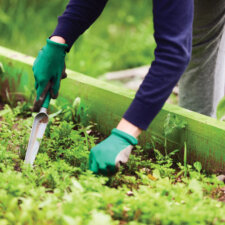 February is the month when things really start stirring again in the garden, after the bleakness of Winter. It might still feel nippy outside, and we might still have a few frosts to come, but the signs of approaching Spring are all around now, from early bulbs poking through the ground to shrubby plants starting to show evidence of budding.

There’s certainly plenty to get on with in most gardens, in preparation for the burst of Spring colour that’s just up ahead.

The big job for February is to do a general survey and  tidy up of the garden and, in particular, to prune back shrubs and climbers. So sharpen your shears and pruners, and tackle specimens such as wisteria, clematis, jasmine and fuchsias, before any active growth begins.

With wisteria, it’s recommended to cut back last Summer’s side-shoots to about two or three buds, to ensure another lavish display of those gorgeous blue or pink flowers later this year.  Wait until later in the month, though, to prune Summer-flowering clematis. 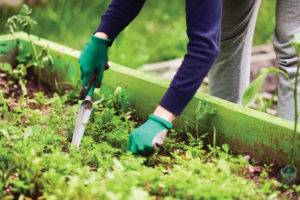 February is also a good time to drastically cut back many ornamental shrubs such as cornus, right down to their bases and also to cut back the crispy, dead foliage on ornamental grasses before any new growth begins.

Winter-flowering heathers should also be trimmed back to stop them becoming ‘leggy’, while those Winter pansies that may have provided some welcome colour during the colder months should be regularly dead-headed to stop them going to seed.  With any luck (and a bit of feeding), they should continue flowering and give a flush of new flowers into the Spring.

Weeding is probably one of the least favourite jobs in the garden, but this is definitely the time of year to start getting on top of any pesky invaders.  Blitz any perennial weeds that show signs of springing up in your flowerbeds or kitchen garden, by digging them up from their roots, to get a head start on them before the weather warms up.

It’s also a good time to prepare seed beds by turning them over and starting to warm up the soil with fleece or polythene covers, or cloches, to get them good and ready for sowing seeds in the months ahead.

If you’re looking for an indoor gardening job that can be done on dismal days or cold evenings, then it’s a good idea to organise your seeds for the year.  Use a box with dividers and file your seed packets in order of the months they need to be sown in.  Once the gardening season gets into full swing, you’ll be glad you did that forward planning.

If you’re planning to grow vegetables or fruit this year, then some early jobs to get on top of include building raised beds, which allow you to make an early start in the garden.  You’ll find that raised beds drain more quickly and allow the soil to warm up faster, so they’re a great way to deal with clay soils.