Setting off for a summer sail

Setting off for a summer sail 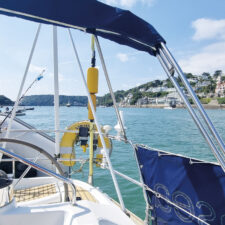 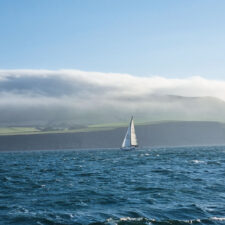 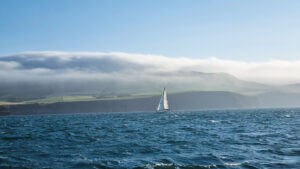 Nick Ward is a yacht broker with Waypoint Yacht Brokers who have offices in Yarmouth and The Folly (Whippingham) and deal in all types of craft.

This summer, for the second time, I was one of the staff driving the launches for Cowes Week.  A great job, and it’s good fun being involved in the tradition of this famous week of yachting.

These small boats run competitors to and from their racing boats, which mainly consist of dayboats – the boats moored off the northern side of the breakwater. I consider these classic day boats to be at the heart of Cowes Week and it is a shame they are now hidden behind the mole running west to east, protecting Cowes from the easterly gales.

Most of these boats carry three crew, varying in age from the very young to the very not-so-young.

The boats themselves are tenderly cared for – some having been built here on the Island over 80 years ago. When coming alongside, great care has to be taken so as not to injure passengers or damage the day boats, some of which are in better shape now than they were when they were first launched.

So, with Cowes week out of the way and the Waypoint Brokerage slowing down as it tends to, in August, a little sailing trip was on the cards. We had been watching the weather through the many apps available.

A favourite is PredictWind, giving a minute-by-minute forecast from a variety of sources and models, and they all showed easterlies for days. This can be unusual at this time of year as westerlies tend to be the prevailing direction.

Easterlies are good if you want to get to the West country, and we did. Setting off one Monday morning with the 10.00 departure morphing into 11.30, we sat on almost the first of the tidal stream going west…

No wind, so we motored out past the narrows of Hurst Castle almost within arm’s reach of old fortification and spat out into Christchurch Bay like a party popper. Our next tidal gate was St Alban’s Head and we kept a steady lookout for the lobster pot markers, like going through a minefield.

Our final and crucial tidal gate was the famous landmark of Portland Bill which has been referred to as the Cape Horn of the South coast. Through the wonders of Navionics (marine satnav), we hit our Cape Horn at 18.30hrs, bang on time, and punched on across Lyme Bay, finally arriving at Hope Cove for 03.00 and still no wind.

Being that the normal direction for winds at this time of year are south-westerly, we were hoping for a breeze back. Sailing was not that easy and we had headwinds all the way home, stopping off in Newton Ferrers, Salcombe and Lulworth Cove.

Three hundred nautical miles and we got off the boat twice. I’m looking forward to the next trip.