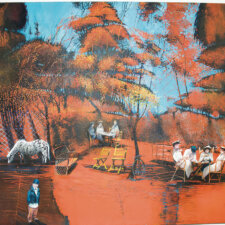 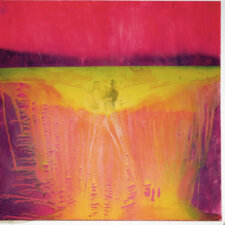 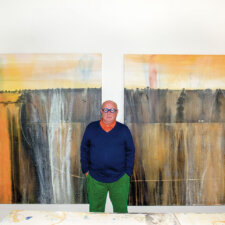 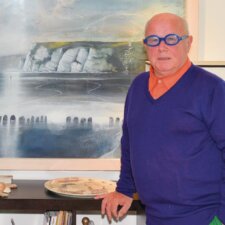 If David Firmstone had not been struck down by a serious illness as a youngster, his career might have taken a completely different direction. 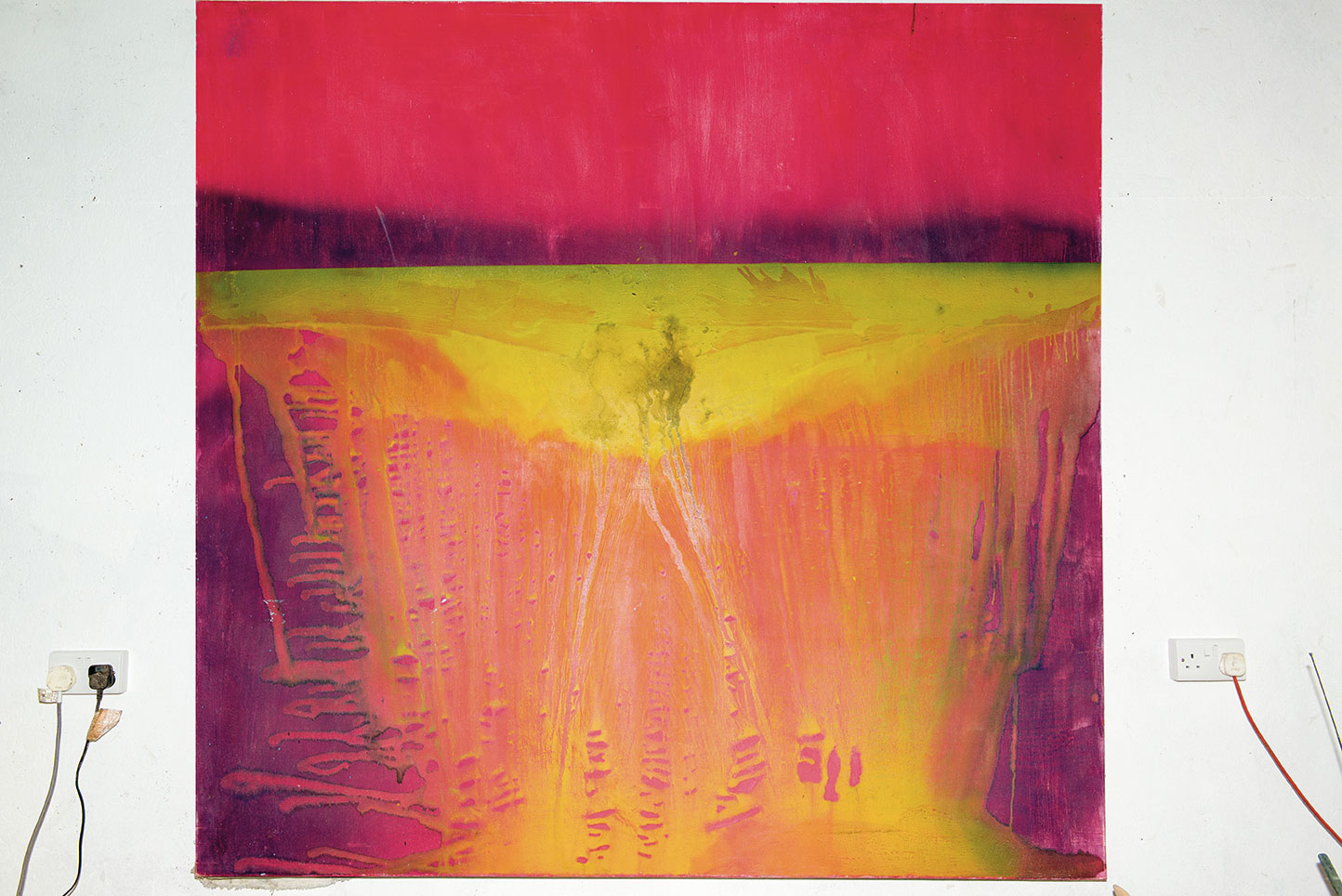 But when he was just eight years old, David suffered rheumatic fever, a disease that kept him off school for four years.It was during his long recovery period that he began to develop the skills that subsequently saw him rise to become one of this country’s most revered artists.

David, who lives with his wife Jean in St Lawrence, has won numerous awards for his imaginative and captivating landscape works in watercolours, oils and egg tempera, a process in which he uses egg yolks to bind the pigments with water.

Surprisingly however, he did not paint full time until he was 55, following years as an art teacher and then art adviser in several different areas of the country, organising courses for students and teachers. But despite carrying out his demanding and time-consuming work, David has certainly not lost his sharp sense of humour, as he underlined when recalling his childhood days that set him on the path to a career that he still loves as much as ever as a sprightly 70-year-old.

David, who reached the prestigious position of Vice President of the Royal Watercolour Society explained: “I was born in South Bank near Middlesbrough, which is probably one of the grimmest places in England. It is surrounded on three sides by iron and steel works, ship building and the biggest chemical works in Europe. On the other side of the river agricultural manure was made, so the smell was unbelievable.

“Fortunately my father was a gamekeeper for 38 years, and we lived on an estate in the countryside nearby. But recently I went back to Middlesbrough and it was amazing! It has one of the most prestigious art galleries in the country and the whole town is now benefiting from this revitalisation; it was extraordinary to see the change art can make to people’s environment.”

He continued: “Because of rheumatic fever I didn’t go to school for four years, and at the time my mother had a business making wedding dresses and accessories. She also made doilies for wedding cakes, and I used to sit and colour them in with a very small brush. So from an early age I could almost write with a brush and that was a major influence when I went back to school. Four years of painting doilies had taught me to paint really well, and being off school so long, and doing so much drawing and painting fashioned my career.”

At Secondary School, David was 15 when he won the National Exhibition of Children’s Art, receiving a £500 first prize. He said: “That prompted my dad to say I should go to art college – he could see I must have been not too bad to win what was a lot of money in those days.” 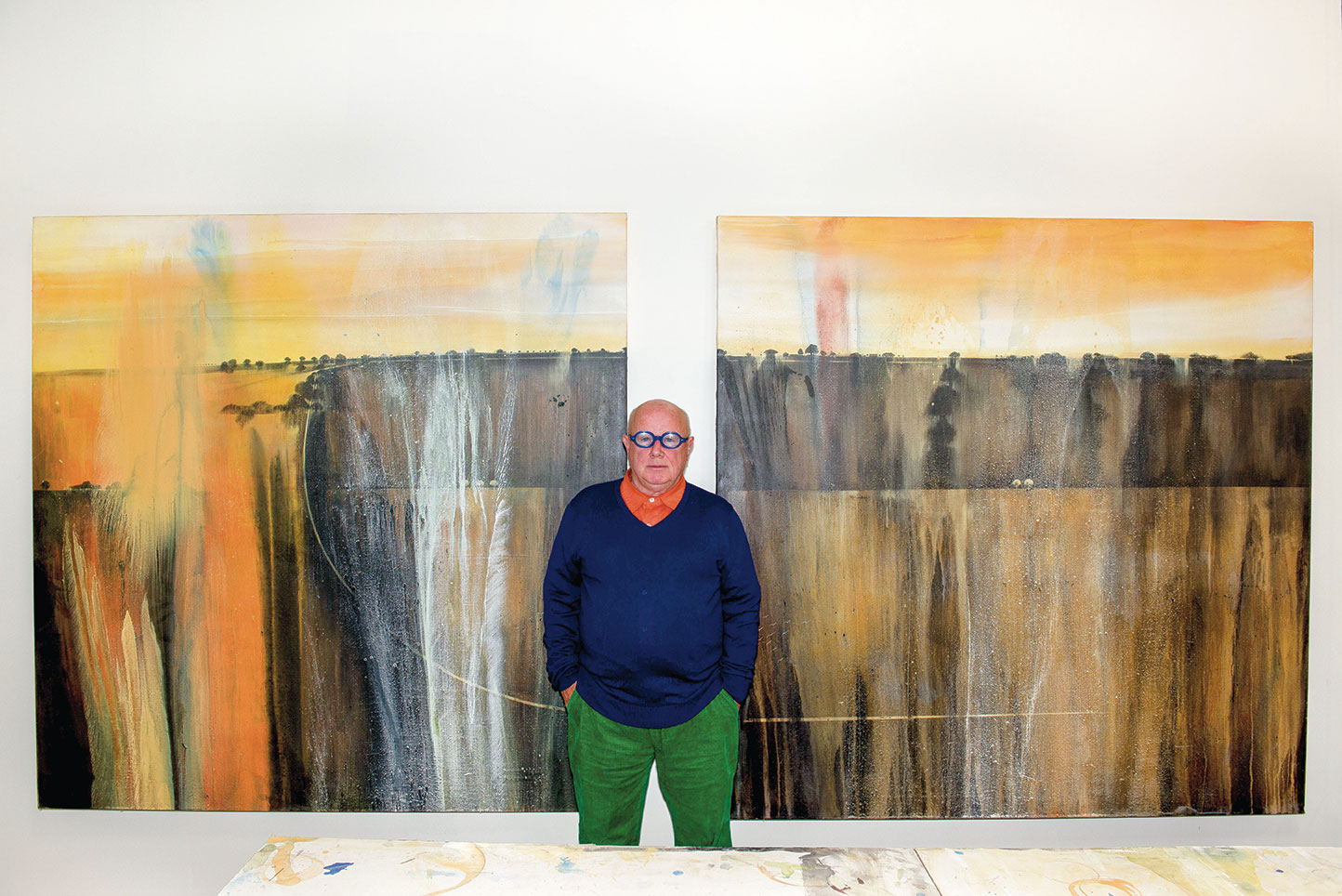 After graduating from college, David worked in schools in Middlesbrough, Wolverhampton and Hartlepool. He laughed: “Someone once asked me where I had taught and when I told them they said ‘Oh, I see you specialise in Spa towns’!

“But I also taught in a famous school in Shropshire where art, music and drama were at the centre of the curriculum. It was there that I met an art adviser; quite fancied the job and successfully applied for one of the biggest positions in the country, in Cheshire. I was only 30, and thought I would only stay for a couple of years, but in fact was there 25 years.”

He was so successful at his job that he was awarded an MBE for his services as an art adviser. During his time as teacher and adviser David painted whenever he could but at 55 he made the conscious decision to paint full time. If he has one regret it is that he should have done it much earlier, but nevertheless has reached great heights in the art world in a comparatively short time. He said: “Having been a successful art adviser, I wanted to prove to myself that I could be a successful artist.”

The Royal Watercolour Society runs an international contemporary competition each year, and David openly admits he only entered it because of the prize money. But he won it; was invited to apply for membership; was elected, and then rose to vice president. He said: “I was asked to become president, but living on the Island I was concerned that travelling to London regularly would interfere too much with my work, so I declined.”

He won the prestigious Turner Watercolour prize last year for a painting of St Lawrence, which was bought buy an Island resident, and he won the International Painting Prize in 2008. In 2012 he was shortlisted for the £40,000 Threadneedle prize, and finished runner-up, to further highlight his incredible artistic talents. 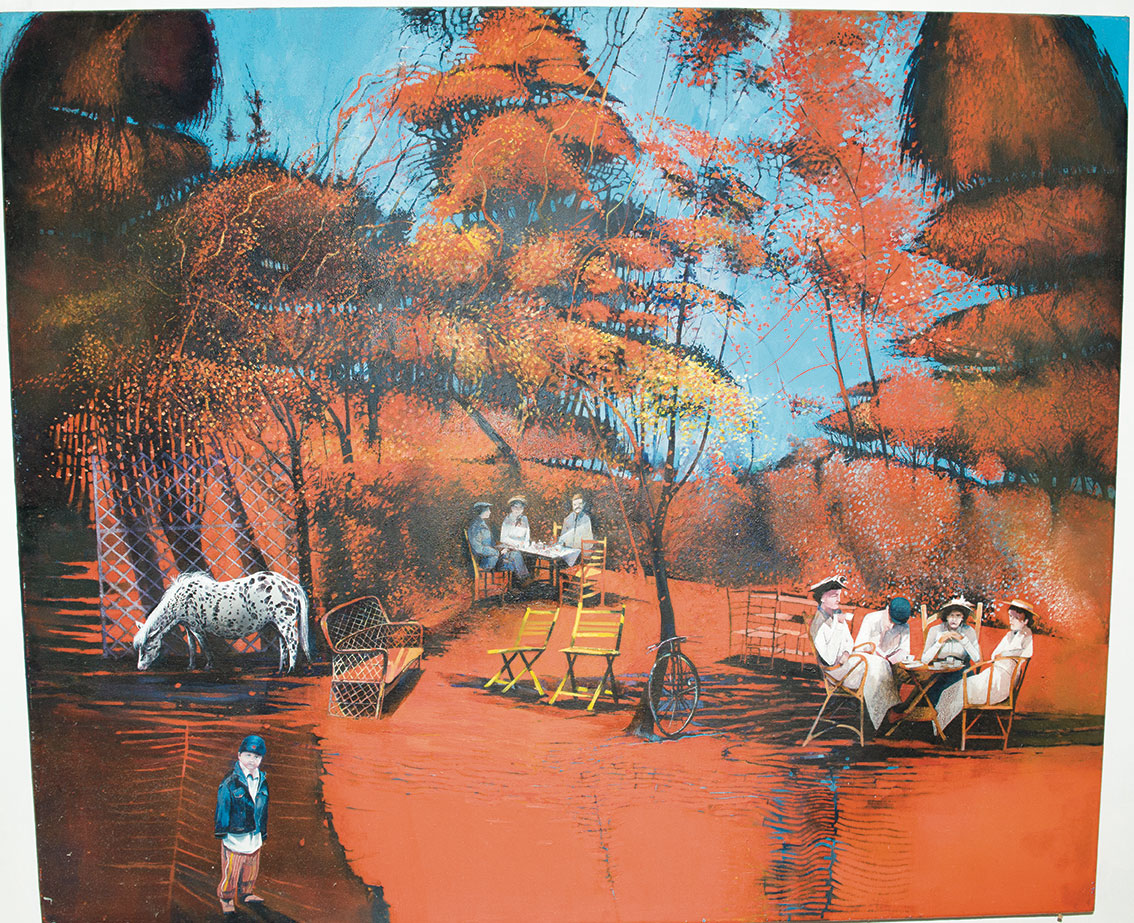 His employment often took him to Italy with art students, and the Tuscany area, with its inspirational array of art, subsequently influenced a lot of his works. That proved very beneficial when an Italian restaurant chain, initially based in Cheshire, bought his works to hang on the walls in their restaurants all over the country. David recalls: “Over a period of two years they bought 66, many of them as big as 8ft by 16ft, and they were hung in their establishments all over the country. I was once told I had more works on display than Turner! When I was commissioned I had no idea they would want so many, until the owner told me I had better forget about going on holiday that year. In fact the 66 works took me two years to complete.”

David and Jean moved to the Island in 2000, initially living near Arreton before settling in St Lawrence because they wanted to be near the sea, and he now works out of a studio near his home. He said: “The wonderful thing about the Island is there is landscape and seascape and the light here is phenomenal for painting. A lot of prestigious artists have worked here, but few have lived here permanently. 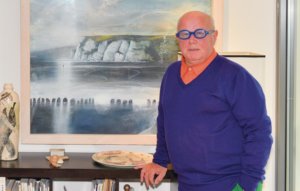 “The subject matter here is endless, and I just want time to do more. When you get to 70 you begin to wonder how many more paintings you will do, and you always strive to do something better than before. I get annoyed by artists painting the same thing over and over again. That won’t happen to me with so many options here; I am always looking for new subject matter and new ways of working. People have asked me how long I will continue – my answer is that I love doing it and want to carry on until I fall off my perch!”