Seeking the sun in Cyprus

Home|Travel|Seeking the sun in Cyprus
Previous Next

Seeking the sun in Cyprus 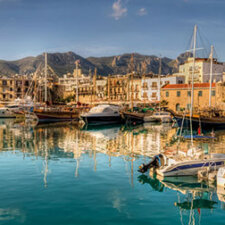 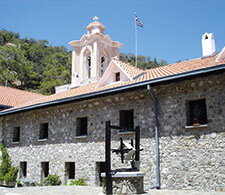 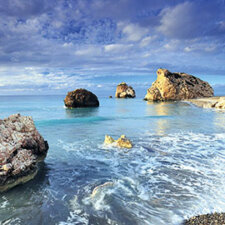 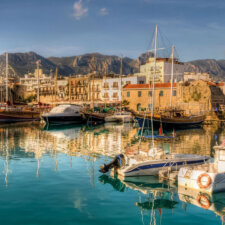 If you are looking for almost guaranteed sunshine, warmth and overwhelming hospitality then look no further than Cyprus, writes Terry Willey.

In ancient times Cyprus made its’ fortune from copper to such a degree that even today this is echoed in one of the colours that make up the Republic’s National Flag. However, it is now said that the Island’s most natural and beneficial resource is sunshine with an average of 340 days of sunshine each year. Known as ‘Aphrodite’s Island’ Cyprus has so much to offer with countless villages to explore, vineyards and rugged mountain ranges. In the winter it is possible to ski in the mountains and sunbath on the beach all in the same day. It is well worth a visit to the beautiful and scenic area of Aphrodite’s Rock where you can dip into, and experience, the very pool where it is believed she once bathed. The qualities of the water are believed to reduce your aging considerably! 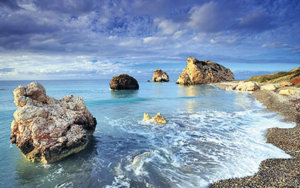 The people are easy going, friendly and hospitable and welcome families. Children are often to be seen in local restaurants and bars with their families as they wine and dine late into the night. Over the last thirty years I have had the opportunity of visiting the Island some seven times and often to celebrate special events. I recall in particular taking my late parents to celebrate their Golden Wedding Anniversary. My father was keen to explore the famous Kykkos Monastery, which is the richest and most important Monastery on the Island founded in 1094. It was Emperor Alexis Comnenos who provided the rich land grant and an icon of the Virgin Mary which was said to have been painted by St. Luke. Historically the Monastery has survived several fires but the icon is still now intact and covered in gilded silver.  Legend has it that such icon has rain-making powers which bring farmers to the Monastery to pray in times of drought.

Thousands of visitors visit the Monastery each year to observe its splendour. Kykkos is also famous for having had Archbishop Makarios amongst its novices in the past. Whilst visiting with my late father we were advised at the entrance that it would not be possible to visit simply wearing shorts and that they would have to be covered. In those days we were provided free of charge with long blue cassocks to cover our bodies. Ironically my fathers sandals were the same colour as his cassock and amusingly whilst walking around the ramparts of the Monastery was mistaken and widely photographed by German tourists as a Monk with me as a Novice by my father’s side!

There is a deep climb through the mountain roads to Kykkos affording the most stunning views across the Island and if you visit Cyprus this is a most worthwhile experience. At sea level and along the coast rests the tourist towns of Coral Bay, Pathos, Limassol and Ayia Napa all offering excellent hotel and self catering  accommodation and a host of local restaurants where the food is very well prepared. Fast food outlet sell pita bread stuffed with sheftalia (a kind of sausage), Kebabs of fresh lamb or goat plus salad and yoghurt dressing all to be accompanied by excellently produced local wine or beer.

North West of Pathos is the ancient communities Necropolis known as Tomb of the Kings, this is a fascinating place for the tourist where you can observe subterranean burial chambers built from the Third Century BC and represent the resting places of important officials of the Island and known as the “City of the Dead’’. It is a real treat to cast your eyes over the most wonderful mosaics and all of which have been beautifully restored. The Cypriots are quite rightly so proud of this ancient site and it is well worth booking an organised tour to learn in depth the detailed history. 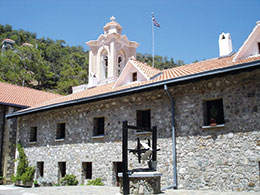 The Island’s capital Nicosia must not be missed, but be prepared for hot temperatures as it is always some 5 degrees hotter than the main coastline with average temperatures regularly between 30 – 40c degrees during July and August.

Just prior to the Turkish invasion in 1570 the Venetians built the cities imposing defensive wall, which held out for just some seven weeks before the Ottoman Turks broke in and slaughtered 20,000 of its citizens. An echo of those brutal times re-surfaced during some of the heaviest fighting in 1974 when the Turkish invasion took place in this vicinity.  Nicosia still remains one of the few divided cities in the world with viewing checkpoints and a buffer zone dividing Northern and Southern Cyprus, but these days the north is considerably more accessible than was previously the case.

For sure it is an island that offers so much and despite being geographically placed within the “hot bed” of the Middle East it continues to offer to all tourists the warmest of welcomes, a wonderful climate and moreover an overwhelming history attached to it.