Sally Grylls: Proud mum trying to behave as a lady!

Home|Interviews|Sally Grylls: Proud mum trying to behave as a lady!
Previous Next

Sally Grylls: Proud mum trying to behave as a lady! 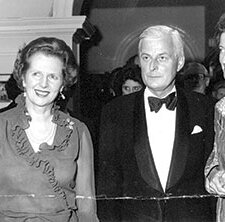 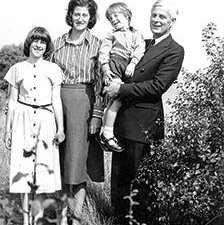 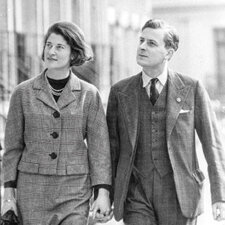 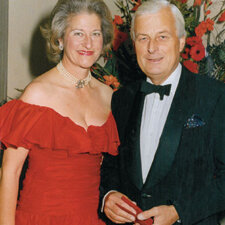 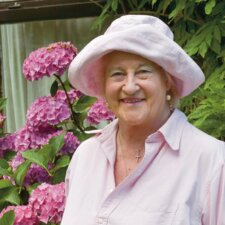 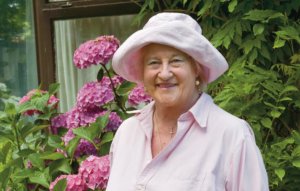 During her active and busy life, Lady Sally Grylls has encountered her fair share of adversity. She lost her grandfather in a tragedy at sea; her parents divorced; she had several late miscarriages and was devastated by the sudden death of her husband and former MP, Sir Michael Grylls, following a heart pace-maker operation.

But Lady Grylls, who quickly invited me to ‘drop the title and just call me Sally, I am still learning to behave like a Lady’ is clearly not the sort to sit around and feel sorry for herself. She has a wonderful sense of humour, an infectious laugh, and now busies herself working with friends to try to ensure dementia sufferers on the Island can enjoy a better quality of life.

Sally, who lives in Bembridge, is the proud mother of Bear Grylls. In 2009 Bear was appointed the youngest ever Chief Scout at the age of 35. He earns a living as a TV presenter. Sally is equally proud of the achievements of her daughter Lara.

She smiled: “I also have five grandsons and a grand daughter – what more could a granny want? I am known as ‘Granny Salmonella’ in the family – I believe they think I am a health hazard.” 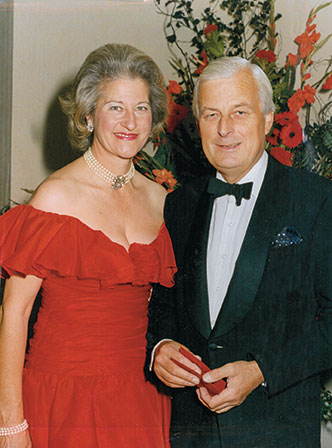 Born in Donaghadee, County Down in 1942, Sally’s great, great aunt is Mrs Isabella Beeton, who wrote and  compiled the best-seller ‘Household Management’. When it was first published it sold more copies than any other book, apart from the Bible. Her great, great Grandfather, Samuel Smiles was another well-known Victorian author.

Sally’s parent’s moved to Cheshire where her father, Neville Ford, worked for a paper company. When her mother, Patricia became an MP the family moved to London. Sally’s education continued at Heathfield School, Ascot. She smiled: “We didn’t learn much, apart from how to play tennis, sew, and have fun. My mother used to say ‘no one is likely to employ you, so you better find a nice husband’. So I was on the look-out for a kind husband from the moment I left school and managed to hook the best!”

Sally went to work at Conservative Central Office for the then Chairman, Sir Edward du Cann. While she was there she met her husband-to-be Michael Grylls who served as the  Conservative MP for Chertsey, later to become North West Surrey, for 29 years.

“I think Mickey started dating me because I was willing to go out ‘canvassing’ with him in Fulham where he was the then Conservative candidate! I was 22 when we got married, but before I went off to work and travel in the United States. I had a marvellous time, and when I returned I was ready to settle down.” 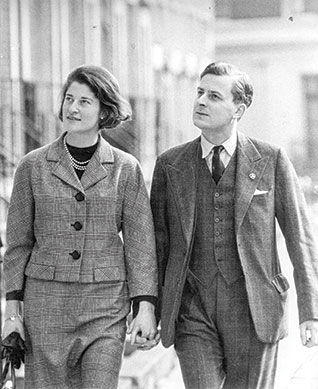 She explained: “My grandfather, Sir Walter Smiles, was drowned in 1953 in the Princess Victoria disaster. The Stranraer to Larne car ferry sank with no survivors. It went down within sight of the family home. It was terrible for my grandmother. My grandfather was MP for North Down. My mother, Patsie, then succeeded him as MP in the subsequent by-election.

“My father and my grandmother looked after me and my sister Mary Rose while our mum commuted between Parliament and N. Ireland. It was an unsettling time for us and my parents sadly divorced. My mother didn’t stand again for Parliament at the next General Election. Instead, she met and married my step-father, Sir Nigel Fisher, who was  MP for Surbiton, Surrey.

Michael and Sally’s daughter, Lara was born shortly after they were married. Then after eight years of miscarriages Sally made the decision to take to her bed for nine months to better ensure the safe arrival of a second child. She said: “The result was Bear – so it was worth putting my feet up for so long!  Fortunately I love my bed!”

Bear was born Edward, but was nicknamed Bear by Lara at an early age. Sally laughed: “Because Bear was a lot younger than his sister, he tried so hard to keep up with her. She and her friends were always daring him to do outrageous things. I remember once when he was a toddler finding him tucking into a raw rasher of bacon which one of Lara’s friends had dared him to eat!”

Lara later started her own successful public relations business. She sold her share in the company after she got married to James Fawcett and had their three children, Mungo, Bevan and Tallulah. However  Lara bought back the company last year. Bear was born in London, went to schools on the mainland, and married Shara Cannings-Knight. They have three sons, Jesse, Marmaduke and Huckleberry. 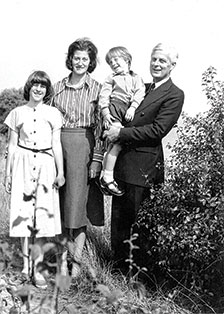 Sally continued: “My family come to the Island whenever they can, but all have very busy lives. When he is not filming abroad, Bear spends much time visiting scout boot-camps. It is a very great  privilege for him to have been selected as Chief Scout. It is a position that is nominated by the scouts themselves from all over the world and then they elect their Chief. Bear takes this role very seriously. There are 42,000 young people hoping to become a scout and Bear is focussed on encouraging young adults to give up a bit of their leisure time to come forward as leaders.”

Sally added: “I don’t think Bear had any real designs on becoming a scout when he was young. He was an enthusiast Beaver and Lara became a Brownie because at the time it was the fun thing for children to do.”

Sailing brought Michael and Sally to the Island. Six members of the House of Commons Yacht Club, including Sir Michael, bought a share in a ‘Daring’ called ‘Division Belle’.  Sally recalls: “They were delightful owners but not all were very expert sailors. One or two of them had mishaps in the early days and the boat was given the nick-name ‘Collision Belle’! Nowadays, its reputation has been redeemed.

“I didn’t sail much. I like being in the sea and by it more than on it.  Anyway, somebody had to make up the sandwiches and send out the flares! During that time we were living in London but came to the Island whenever we could. The first year we stayed in a B&B in Cowes before renting a house in Bembridge. In the 1970s we bought a great friend’s cottage. The Island is a marvellous place; so beautiful and there are many fascinating historic places to visit; so many things to do and interesting families to get to know.  I love the tremendous community life here.”

Sally is now deeply involved with Dementia UK, spearheading the Admiral Nurse Appeal for the Island. She said: “Two years ago I broke my leg and ankle when I fell off my electric bike coming home from a party. I hit a pothole in the road! After spending several sleepless nights in the fracture ward awaiting surgery, I was fortunate to be allocated an NHS bed for my re-habilitation at the marvellous private SCIO nursing home, ‘Highfields’ in Ryde.

“Living among the elderly, vulnerable people was a humbling experience. I got to know many of the dedicated carers and those suffering from dementia who were so dependent on their help. Admiral Nurses support and help ‘memory loss’ sufferers and their carers in the community just as Macmillan Nurses look after cancer sufferers. 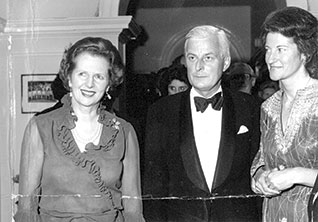 “I needed to know more and discovered there were no Admiral Nurses on the Island, and only around 102 in the whole country. I felt called  to do something positive to create awareness for their need on the Island. I have had a wonderful response. St Mary’s Hospital and the Earl Mountbatten Hospice have agreed to ‘host’ an Admiral Nurse and, together with Dementia UK, will soon appoint and train one or two of these specialist Nurses. Hopefully, other ‘hosts’ will be found and the Island will one day have a fleet serving every local community.”

Sally is passionate to help save Churches from redundancy.  She said: “Small country churches are especially at risk. Once they have been de-consecrated, they are gone.”

She added: “I don’t really have any unfulfilled ambitions. I count my many blessings and I live life to the full having fun. You could say ‘I am just a girl who can’t say no’!”