Ben Willows: Sailing – not just for the rich and famous!

Home|Interviews|Ben Willows: Sailing – not just for the rich and famous!
Previous Next

Ben Willows: Sailing – not just for the rich and famous! 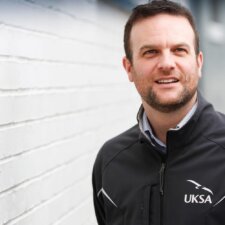 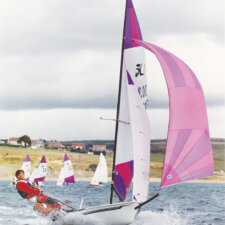 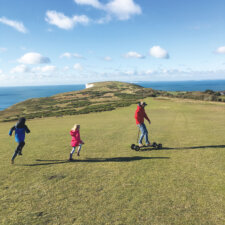 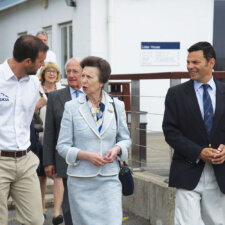 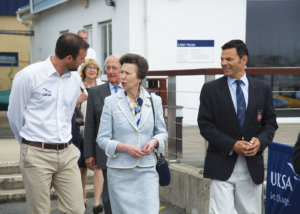 An Island-based charity that has launched thousands of people into maritime careers, and given life-changing experiences of the sea to several generations of youngsters, is celebrating a milestone 30 year anniversary this year.

We talked to Ben Willows, CEO of the pioneering Cowes – based organisation UKSA, about its illustrious past – and its big plans for the future.

The late entrepreneur businessman Noel Lister was best-known for his commercial nous and vision – but he was actually well ahead of his time in more ways than one.

On a business level, Noel progressed from second-hand furniture seller to establishing the hugely successful retailing phenomenon that was MFI – the company that in its 1980s  heyday was one of the largest suppliers of kitchens and bedroom furniture in the UK.  Indeed, at one stage it was said that one in three Sunday lunches in the UK were cooked in an MFI kitchen and 60{a9dddf1bd2af35332cd5613cac8e63e148b38f23ebed35c9943c32a7f65a9815} of British children were conceived in an MFI bedroom!

However, when he wasn’t empire-building, Noel and his wife Sylvia were passionate sailors, and became well-known for their succession of Whirlwind yachts which cruised extensively and competed at the highest levels.

In fact, after the sale of the MFI furniture group, the Listers went off to explore the world in their 105ft custom sloop Whirlwind XII, completing a 200,000 mile, 10-year double circumnavigation, and visiting some of the remotest places on the planet.

But it was when they came across the then run-down sailing facility at Cowes that Noel and Sylvia decided they wanted to offer young people the chance to experience some of the joy and challenge that sailing had given to them.

In 1987, with that vision in mind, they bought the former National Sailing Centre, and committed £4million to creating the charity UKSA, helping over a period of years to  develop it into the world-leading organisation that it is today.

“Noel was certainly ahead of his time” says Ben Willows. “As well as developing courses for fee-paying students, he was particularly keen to operate the facility as a social enterprise, working with young people who wouldn’t otherwise have the opportunity to experience the power of the sea”.

This is how UKSA came to develop its two main operational arms:  Sea. Careers and Sea. Change, and is the reason why it now welcomes around 10,000 students a year – including everyone from an eight year-old having their first experience on the water, to someone doing their professional training as a Captain.

Sea. Careers offers professional  training courses for watersports and sailing instructors right up to professional maritime crew, skippers and stewards for super yachts, and captains and officers of vessels of up to 3,000 gross tonnes.

Sea. Change, meanwhile, incorporates a wide range of entry-level experience programmes, including the highly successful Test the Water initiative, which invites all Year 6 students on the Island for a half-day watersports session, with exciting and character-building activities including sailing rafts and learning to build a boat.

In the three years that it’s been running, Test the Water has welcomed 3,240 Island children to find their sea legs, many of them for the first time. 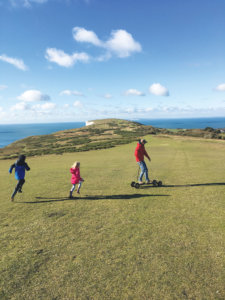 Says Ben: “We’re delighted to be able to offer this programme to young Islanders as part of our ‘Sea. Change’ ethos because, despite living on an island, there are actually many young people who will not have the chance to experience the challenge and fun of watersports. Test the Water gives every child the chance to experience that unique thrill of being out on the water.”

Meanwhile, 15-17 year-old Islanders can make the most of the National Citizen Service (NCS) courses that are delivered by UKSA. The summer residential programmes run in the school holidays and are aimed at developing the kind of leadership and teamworking skills that make youngsters more employable – quite apart from being a whole lot of fun and adventure!

With Government funding, most youngsters pay only around £50 of the £1,300 real cost of the course.

Ben’s own initiation into sailing came via his father. Despite the fact that the Willows family lived in the Midlands – as Ben jokes, “just about as far from the water as you can get!” – his father Richard was always a passionate sailor who encouraged him in sailing dinghies and small boats while he was still a child.

“It was pretty clear from a young age that I didn’t want to go down the academic route” he says, “I just wanted to do as much sailing as possible”.  Not surprisingly, he became an instructor at the age of 20.

He also worked on board various high profile yachts before joining UKSA as a professional coach in 2001, and has been with the organisation ever since, including overseas spells in Australia and the Caribbean.

Prior to taking on the role of Chief Executive in 2016, he was Deputy Chief Executive and before that, Director of Operations – which has given him a huge breadth of knowledge, as well as an abiding passion for the work that UKSA does.

Still in his 30s, and so relatively young to have attained the lofty heights of a CEO, Ben points out:  “We are very much a youth organisation, specialising in under-25s, who make up 80{a9dddf1bd2af35332cd5613cac8e63e148b38f23ebed35c9943c32a7f65a9815} of our students. However, we welcome a large number of adults through our doors who are seeking a fresh challenge and perhaps even a career change, thanks to one of our professional training courses”.

He combines his executive duties with time on the water, where he continues to coach and instruct pupils – and not surprisingly, much of his free time is also spent on boats of one kind or another.

In particular, he still pits himself against his dad – now retired to the West Country but still an active sailor – and takes his own children, Taylor aged eight and four year-old Harriet out on the water near their Gurnard home “to get them enthused and give them confidence”.

As he says:  “We’re very fortunate to live on this beautiful island, surrounded by water, and it seems natural for people to find ways to engage with the sea – whether that’s just splashing about, paddle boarding or competitive sailing”.

Ben agrees that there’s a common mis-perception that sailing and other water sports are difficult or expensive to get into, and are only for a select few.

“Sailing doesn’t need to be an expensive sport” he says, “and that’s part of what our role is about – breaking down the barriers and showing people that it can be for everyone, not just the rich and famous”.

Sailing into the future

A 30th birthday is always a good point to take stock and re-group – and that is exactly what UKSA is doing in this its special anniversary year.

The organisation is developing plans to improve the existing 270-bed residential facility with state-of-the-art accommodation that will take it forward into the next 30 years. By upgrading the UKSA site into modular accommodation, they will have the flexibility to train more professional clients, youth groups and young apprentices at the same time. 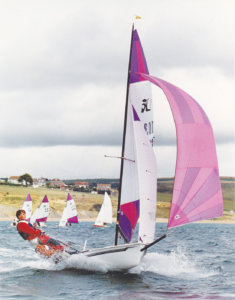 “We’re very excited about it, as we will improve the quality of the experience we offer to change people’s lives. We are currently in preliminary discussions with architects and look forward to sharing our vision with the local community.” says Ben.

And, as a world-class maritime training organisation – the only one of its kind in the world, in fact – it has a certain standard to maintain.

To promote and support the plans, UKSA will be running special events during Cowes Week to be attended by their patron of 25 years, the Princess Royal, HRH Princess Anne, as well as holding an official celebration at Trinity House in London, on October 12th.

The Princess’s own children, Zara and Peter, have been among the thousands of youngsters who have benefitted from UKSA’s invaluable training and experience on the Solent.

Other famous sailors who started out there include Dee Caffari, who originally went to UKSA when she was a schoolteacher, and ended up qualifying as a professional skipper – before becoming in 2006 the first woman to sail solo and non-stop around the world in both directions.

Now an MBE and an ambassador for UKSA,  she is involved with several competitive sailing campaigns and is a presenter and commentator on the sport on TV and in the media.

Other success stories include the countless youngsters from difficult or challenging backgrounds who have found self-confidence and a sense of purpose and vocation by attending courses.

One of them, Sam Shorten, who attended via Job Centre Plus, went on to train as a watersports instructor and now works successfully in the industry.

Says Ben:  “The water is unique in the way it can put people into an unfamiliar environment where they have to really think about trusting what they are being told – and that can be a big thing, especially for youngsters who might have been let down in the past.

“It takes them out of their comfort zone and they learn to harness the environment. That challenges their resilience and decision-making, and ultimately builds confidence”.

Ben says UKSA is also unique in having such a vast range of people in the same place – from end-of-career professionals to nervous beginners on the water.

“It makes for a very aspirational, and inspirational culture” he says.

“It’s one we’re very proud of, and one we’re really looking forward to building on, as we start to plan ahead for the next 30 years!”

For more information on UKSA’s range of courses and activities, see the website, www.uksa.org