Rob Da Bank: much more than Bestival and DJ

Home|Interviews|Rob Da Bank: much more than Bestival and DJ
Previous Next

Rob Da Bank: much more than Bestival and DJ 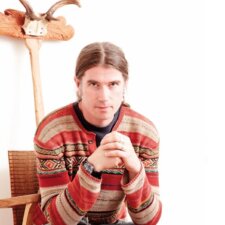 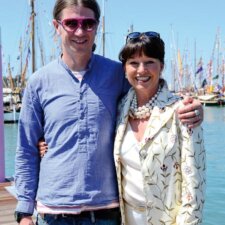 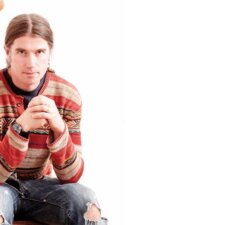 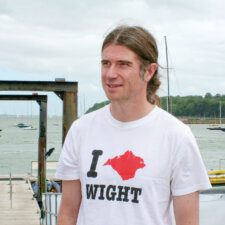 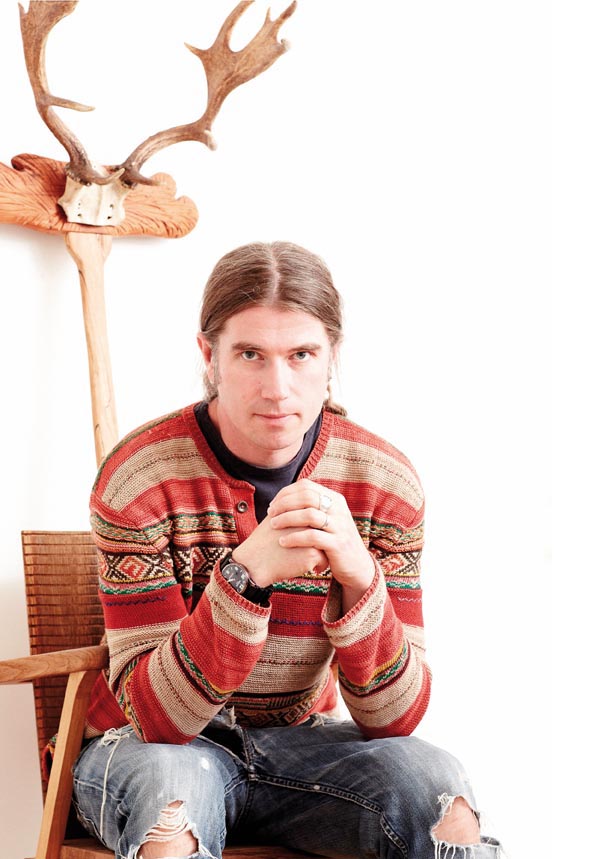 Think Rob da Bank, and most people will picture the long haired guy who is the main organiser of the IW Bestival and a popular DJ on BBC Radio One.

Yes of course, Rob is the man who thrills thousands of revellers with his music and fun spectacle at Robin Hill Country Park each year, and entertains millions more with his unique style on his radio shows.

But in fact there is far more to this 39-year-old father of three, who was brought up amid traditional English standards just across the Solent near Portsmouth, and has subsequently developed a genuine passion for the Isle of Wight, and particularly the younger generation who find themselves with time on their hands.

That was one of the main reasons why he decided to stage the Bestival here. He said: “The fact is there are not enough music venues here for the kids, and there’s not enough going on. Nine years ago when we started the Bestival there were probably more music venues than there are now. We always made it our aim to be an important part of the community here, not just be some London big shots coming down to plunder the Island and then leave.”

Rob has already gone a long way towards showing his total commitment to the Island. He is patron of St Catherine’s School, patron of Platform One, helps run the music side of the Gaffers Festival and Cowes Week and does his Music Youth Club once a month at the Quay Arts Centre, Newport.

“I feel very passionately about the Island’s youth and worry about it a lot. I sometimes look at the situation and think it actually isn’t going the right way. It is not the Island’s fault but there is not enough being done for kids. There are social problems here like there are in a lot of places, and it is important they are addressed, otherwise there is not going to be a happy ending,” he said.

“I talk to these kids, and they need to believe that the Island is a cool place to grow up. Hopefully the Bestival and the IW Festival do that to a certain extent, but for the rest of the year they need somewhere to go; places they can meet up. I started the Youth Club because I sensed not enough was being done.

“I am not a political person, and find myself surprised that I am getting so wound up about it. People down here are already doing an awful lot to help kids, but it needs more. Music makes kids happy, but I hope people realise the Bestival is about more than just a crazy party. It has a serious eco message, and also a welfare message for the youngsters on the Island. But that needs to be turned up a bit. The Island is a magical place. I used to come over here on school trips, doing all the usual tourist attractions, but now there is still so much more I want to do.” 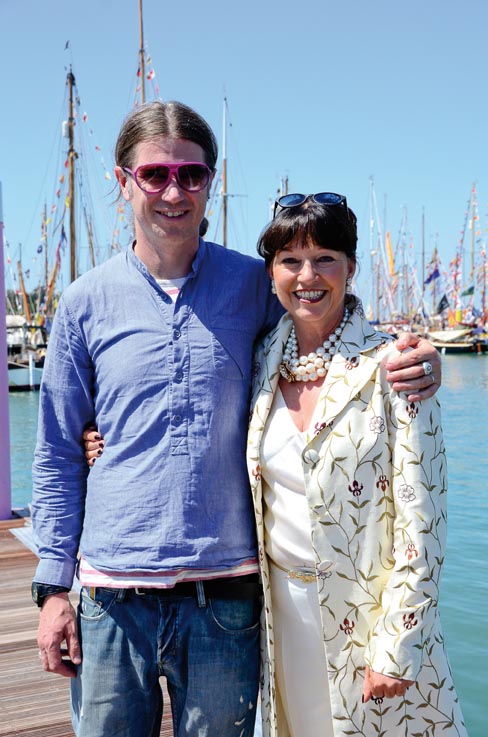 Rob was born and brought up in Warsash, between Southampton and Portsmouth, and recalls how sailing, the village green and playing the trombone in his father’s local brass band were major facets of his childhood upbringing – a far cry from the sounds of rock and roll.

While at school in Portsmouth he became more interested in music, and was a particular fan of the late Radio One DJ John Peel, but never marked down presenting music as a career he would pursue. Instead he became a music journalist, but eventually that gave him the breaks to venture along the DJ route.

He recalls: “My first gig was in the Rhino Club in Southampton when I was about 18, but even then I never really thought ‘this is for me, I want to be a DJ’. In fact being a DJ is just an incidental part of what I do. I love putting on Festivals, doing radio shows, putting on parties and seeing people having fun.”

Rob went to university in London studying French and History of Arts, but during his time in the capital he began doing more DJ work. His talents were soon recognised by the BBC, and he was asked to cover John Peel’s radio slot when the popular presenter died suddenly in 2004.

Rob admits: “It was a weird time for me because that was never really the plan. I was probably just in the right place at the right time, but it was a turning point in my career because I was thrown into this other world so to speak.”

He has always been a fan of festivals, recalling the first time he went to Glastonbury and thinking it was the best thing ever – three days in a field with no rules; just fun and music. He said: “I was 18 then, and although Glastonbury is still my favourite festival, it didn’t really inspire me to put on my own festival.

“However, it was where my wife Josie and I met when we were at college, and she now pretty much runs the Bestival. We are a husband and wife team with three kids and a couple of other business partners. Looking back I never set out to do any of the things that I have done, but it has all just fallen into place, almost by accident.

“Perhaps I thought that one day I would end up writing books, but I just went off on a different tangent. One day I might go off on another tangent and do something else totally different. I am not good at sitting still for too long, and there are so many challenges out there.”

One of the challenges Rob and Josie relish, apart from trying to help the youth of the Island, is to make the Bestival that little bit different each year – and different to any other music festival. He smiled: “When I first decided to put on the Bestival, I wasn’t even aware the IW Festival was already here. Then one day this guy called John Giddings, who I had never heard of, rang me and told me in no uncertain terms he was already doing one!

“It was never our intention to get on anyone else’s turf; we just wanted to do our own thing. I think it has now been proven there is not a level of competition between the Festival and the Bestival, and there is no problem at all between John and myself. We talk regularly and it is all very friendly. The good thing is that there are two world class festivals on the Isle of Wight, and they attract very different audiences.” 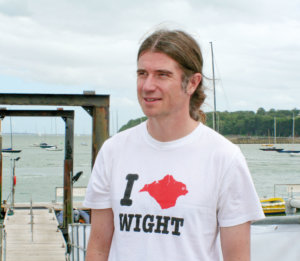 Rob opted to hold the Bestival on the Island simply because he had looked at alternative venues along the south coast and decided this was the best of all. And when it comes to organising the annual event Rob and his team are perfectionists, ploughing the vast majority of profits back into it. He said: “I believe that is the only way to do it. The shows that have come a cropper are the ones where corners have been cut and there has been scrimping and saving.”

The Bestival, with its themes and fancy dress days, has provided the blueprint for many other music events. So Rob said: “We needed to look at new things, so we now have Cinema in the Woods, the Swamp Shack that cost us £100,000 to build, and we are always looking for different structures.

“We didn’t want people just to turn up at a white canvas tent in the middle of a field with some DJs in it. It has always been about being magical, escapism and far from reality. I want people to think they are in a different world, just as I did the first time I jumped over the fence to get into Glastonbury.”

Rob admits some of his ideas have been born out of his days on the village green in Warsash – the WI tea and cakes tent, Morris Dancing and the like. But this year he has pulled off a major coup by bringing Stevie Wonder to the Bestival.

However, he insists: “I don’t want to set a precedent of bringing huge global icons, because there are not that many. John (Giddings) does it well at the Festival, but this doesn’t mean we will necessarily have a Stevie Wonder style headliner every year. It is a balancing act, but having said that I think Stevie Wonder will be one of our best acts ever.”

Around 50,000 revellers will be at the Bestival, which takes place on September 6, 7, 8 and 9. Rob added with a grin “I just want everyone to have a good time, so bring your wellies, your flip flops, your bikinis and your raincoats – come prepared for all eventualities.”