Home|Interviews|Rob da Bank: How Bestival is built
Previous Next 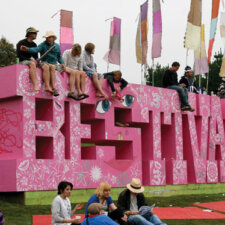 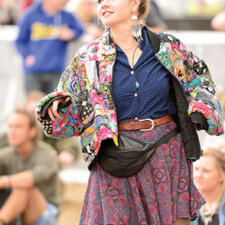 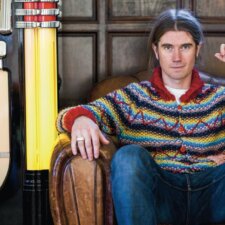 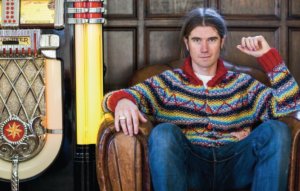 Around 50,000 revellers will pack into the Bestival site at the Robin Hill Country Park from September 4 to 7 to enjoy the sights and sounds of this year’s theme ‘Desert Island Disco’ – a far cry from 2004 when the first Bestival attracted just a few thousand locals. Bestival has evolved not just into a music festival, but an annual get-together that brings people from far and wide to enjoy the experience.

Rob, who along with his wife Josie, were the brains behind the iconic gathering, openly admits that when the first Bestival took place, they were not even thinking of repeating it the following year.

He said: “We never set out to make it what it is. We created it as a bit of an experiment, but since then the bottom line is that it has been an amazing party for a lot of people, and that is the most important thing.

“Each year we get the regulars and new people coming onto the site at Bestival, and that is probably the main reason why we do it. In a way it is a labour of love, and not a money-making enterprise. Of course we get paid for doing it, but not how some people might envisage.”

The great news for Bestival revellers is that despite his many other commitments, including a new venture on national radio, Rob has no plans to walk away from the annual showpiece.

He said: “If it ever stopped being fun we wouldn’t do it, but I don’t think there is any danger of that. And our kids, at the ages of eight, six and four, are already talking about, maybe not taking it over, but I don’t think we could take it away from them!” 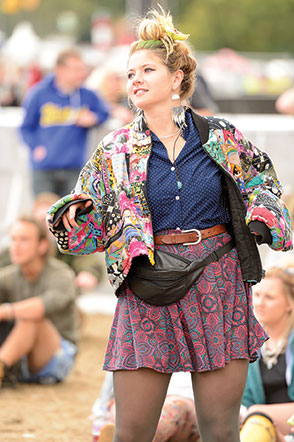 I recall seeing Rob at last year’s Bestival, cup of tea in one hand and sandwich in the other, wandering around the site at Bestival, mingling with the masses as if he was merely one of them, rather than the man who masterminds the massive operation. He said: “I do try to enjoy Bestival, and the place for me to be is out there with the crowds. There is no point in hiding in a portakabin and hoping it is going OK; the only way to find out how we are doing is to be in amongst it.

“My favourite part is watching the build; from a green field to it all coming together from the beginning of August. Then in the final week it’s furious, energetic work by all the team to get the amazing structures up and make Bestival what it is.

“It reaches the pinnacle just before we open the gates when we see all the people queuing up, and once that happens it turns into a different sort of feeling – not panicky, but you just think ‘wow, we are going to let in 50,000 people’. It’s kind of a living city that is there for four days and needs to be lived in.”

Rob revealed that he has already been looking to book acts and find new art creations for the 2015 Bestival. He smiled: “Obviously it’s not like working down a coal mine or sitting in a factory all day, every day, nose to the grindstone. It is more a creative work and I see it more as an art project, but from March until just after the Festival it is pretty much full on.”

So how does Rob and his team manage to bring to the Island so many top, well established acts, as well as a host of up-and-coming ones?

He said: “It’s not rocket science, but basically cash transactions at the end of the day. There are a lot of phone calls and emails, and of course the bigger the act the longer they take to confirm; or you get strung along for a few months before you are finally told that the act you want is not going to be around after all. That is the stressful bit.

“Basically it’s a balancing act, trying to combine the heritage act with the new ones. I think we have struck the right balance this year. Over the last two years we had Stevie (Wonder) and Elton (John) but I said publicly that I didn’t always want to go down the heritage route, because if you do you are digging yourself a hole as there are only so many huge, established headliners. 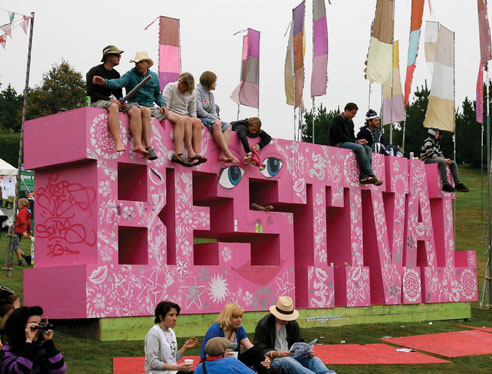 “So this year there are a few younger acts, but who knows, next year we may go back to the ‘old school’. But it’s going to be another sell-out this year, so hopefully we are doing something right.”

This year’s ‘Desert Island Disco’ theme was Rob’s idea, although he was well out of wife Josie’s earshot as he claimed responsibility! He smiled: “Disco has had a huge revival in a lot of pop music of the last 12 months, and the likes of Nile Rodgers, Chic and Daft Punk have had a big part to play in that. So it seemed appropriate to have a disco party on the Island.”

A huge disco mirror ball will be revealed in the Magic Meadow behind the main stage on the Sunday night when Nile Rodgers and Chic are performing, and Rob insists that unless someone builds a bigger one in the meantime, it will be the biggest in the world.

“I think it will be this year’s ‘wow’ moment, when it is unveiled, lifted into the air and starts spinning, sending glittering light across 50,000 people. You have to have those moments – when everyone comes together, and a lot of Bestival is about that togetherness,” he said.

“It is going to be one big party, and we just want people to be there to explore it and enjoy it. For someone who has never been to Bestival it is kind of tricky to picture it, but we really fell on our feet finding the perfect site at Robin Hill. People who come to Bestival regard it as a real adventure playground.”

Bestival is not the only major event in September for Rob. After what he describes as ‘an incredible 12 years’ as a DJ on Radio One he will be switching to BBC Radio Six.

He reflected: “I am 41 now, and the core Radio One listening audience is supposed to be 18 and 24. I have had an incredible time on Radio One and have absolutely loved every minute of it. I can’t believe I have been there that long. But I am really looking forward to doing more stuff on Six Music along with other things. I feel I am at a bit of a crossroads in terms of what I want to do with my time, so it’s definitely a good time to change things around. I’m a workaholic and if there are no challenges I create them myself.”