Home|Interviews|Rob da Bank: Putting on your Sunday Best
Previous Next 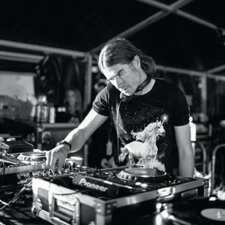 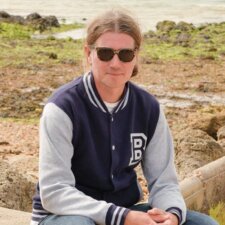 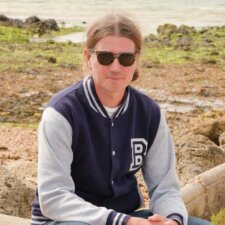 Playing trumpet in your dad’s brass band was probably not the coolest thing to be doing as a youngster growing up in Portsmouth and Southamptonin the 1980s – but for Rob da Bank, it was just one of the building blocks in what turned out to be an eclectic musical education.

“I was DJ-ing at the same time though” he says, “so it was a case of always juggling lots of stuff. There were raves, nightclubs, illegal raves … I guess I was always living for the weekend”.

Rob – known back then as Robert John Gorham – also took piano lessons, and his most prized possession was an old record player which rang out with the sounds of everything from the Beatles to jazz and classical music, and then, as he got into his teens, the Happy Mondays, Inspiral Carpets and Stone Roses.

“All that gave me an amazing grounding in music” he says. “Playing in the brass band meant that I could read and write music from the age of nine, and then at about 14 or 15, I got into John Peel on the radio, and started buying records at Our Price in Southampton and Portsmouth”.

Looking back, he reckons that he grew up in a “golden era of music” in the late 80’s and early 90’s.

He had his first set of decks at the age of 16, and landed his first DJ gig at Southampton’s iconic Rhino Club around the age of 17 – and he still remembers the excitement of it to this day.

Then it was off to uni in south London, where he got engrossed in rave and jungle music, and started DJ-ing around the clubs as often as he could.  Big chunks of his student loan went on records and decks, but he was having the time of his life.

His plan was to go into journalism – and it’s hardly surprising that he found a way to harness his passion, by working as a music journalist for seven years.

“I was DJ-ing at the same time though” he says, “so it was a case of always juggling lots of stuff. There were raves, nightclubs, illegal raves … I guess I was always living for the weekend”. 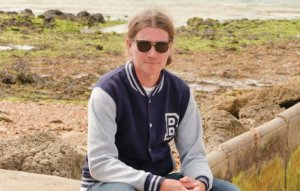 Working as a music journalist gave him the chance to meet and write about lots of artists – and whilst he didn’t realise it at the time, these contacts were to become invaluable later down the line when he launched out into the festival business.

He says people such as Norman ‘Fatboy’ Slim showed faith in him when he was starting out.

His ‘Sunday Best’ venture – from which Bestival and all the other event offshoots were to grow – started out in the mid-90’s as a pioneering type of club night, the brainchild of Rob and his wife Josie. At the time, she was working part-time as a waitress and he as a barman, in the Student Union bar.

“Bar culture as we know it know didn’t exist then” he says. “We set the template for fun and good music with a Sunday night event in a Battersea tea room. People could chill out, read the papers, play board games and see big DJ’s playing alternative sets”

The biggest crowd the venue could accommodate was only about 200, and for three years, every Sunday night used to see crowds queuing around the block to get in.

The success of the club nights spawned an additional enterprise – the record label for compilation albums.  “The compilations market was really new – there were no record labels doing it at the time. We started it as a hobby, but it’s grown into a UK independent label, and I still sometimes think : ‘Wow! – we started that!’

It was only a matter of time before the formula was rolled out in festival form.  “Basically we turned the club into Bestival – it all came together as an ethos”.

But why did he choose the Isle of Wight? 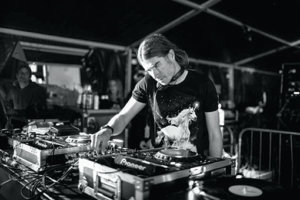 “Josie and I went all over the south coast and nowhere felt quite right, then we looked at the Island and saw some of the crummiest holiday camps – until someone suggested Robin Hill and that was it. It’s become the spiritual home of the festival!”

“I guess it’s a bit idiosyncratic with the toboggan run, and all its nooks and crannies. It would probably be easier and more cost-effective to do it on a square, flat field but it wouldn’t be so interesting. The site definitely works.  You have to get on a ferry, go over hills, but people still come back.  It’s a challenge, and I kind of like that.”

Once Bestival was up on its feet and a clear success, there was no sitting back on his laurels for Rob. In 2008, having had kids of their own, Rob and Josie launched Camp Bestival, which is more family orientated and held in the grounds of Lulworth Castle in Dorset. More recently, they staged the two-day May Bank Holiday event Common People in his Southampton hometown, which is to be another annual event.

It sounds as if it would be enough for anyone- but not Mr da Bank, who also finds time for composing, and has three music scores currently on the go.

“I’m always looking for the next thing and probably take on too much – I guess you could say I’m a bit of a control freak,” he says.

“But it is expensive to put on festivals, so we need to keep doing more and more to keep it going. There are so many great festivals out there now, so you have to be competitive.

“But I still enjoy it all and am still very hands-on.  In fact, I probably sign 90 per cent of the Bestival line-up. The good thing is that I still feel like the 19 year-old putting on my first Sunday Best!”

He’s still got a wish list of acts he’d like to bring to future Bestivals – they include Kate Bush and Dolly Parton.

“My mission is to keep broadening it and making it madder, taking risks” says Rob, whose line-up this year includes somewhat eccentric Chuckle Brothers (he admits he didn’t tell anyone in the office for a month).

He’s grateful for the way the Island has taken Bestival to its heart – especially as there were some doubters and detractors in the early days.

“People here have really embraced it and I like to think it has added to the amazing festival heritage we have here.  I go to John Giddings’ festival and he comes to ours, we’ve managed to raise thousands for charity, and we’ve put the Island on the map as a great festival venue”.