Home|Interviews|Steve Goodchild: Paramedic: 25 years in the job
Previous Next 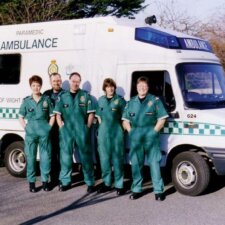 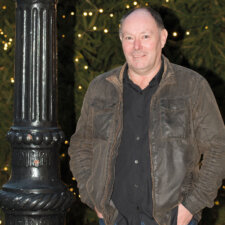 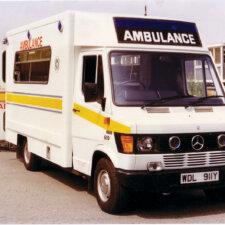 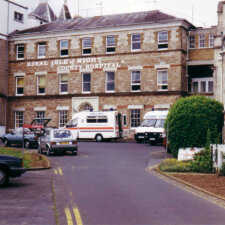 From Saturday night cliffhangers on the BBC’s Casualty to the more gritty real-life rescue programmes and fly-on-the-wall documentaries – it seems that Britons have become obsessed with viewing scenes of life in the emergency services. But one man who knows all about it from the sharp end is former Island paramedic Steve Goodchild.  Here he tells us about his 25 years in the life-saving service. 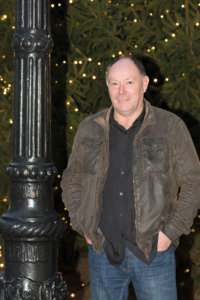 It may be an everyday term nowadays, but in fact the word ‘paramedic’ was virtually unknown when Steve Goodchild began training for the ambulance service in 1990.

Back then, there were ambulance men or women – and their job was largely to ferry the sick and injured to hospital, where more experienced medical personnel could take over.

Now, improved skills and technology have led to a situation where the paramedic is sufficiently highly-trained and has a whole range of equipment and drugs on hand, to begin medical treatment right on the spot.

For Steve, it has meant witnessing some huge changes in the service over the quarter of a century that he worked in it.

Now aged 57, he retired 18 months ago, but continues to work in the NHS, in a bed management role at St Mary’s Hospital.

So what led him into this field of work?

He admits that it wasn’t a particular vocation.  In fact, he initially left Sandown High School and went on to Bournemouth College to do an art course.

When that didn’t inspire him, he came back to the Island with “a need to find a job”, and ended up in what he thought would be a temporary stop-gap at a factory in East Cowes.

The ‘temporary’ job ended up lasting 12 years – and when it became clear it was coming to an end, Steve was still no clearer on what he wanted to do. 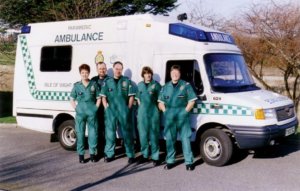 When a co-worker at the factory said he was going to join the ambulance service, Steve decided to give it a go as well.

“At that time, it wasn’t too difficult to get in” he says.  “I had some ‘O’-levels and a driving licence, and seemed to do OK in the interview, where there were about a dozen other people”.

It was once he began his training though – a two-week driver training course and then a six week technician course at the ambulance college in Chippenham – that Steve realised he’d found the job he really wanted to do.

“It made me wish I’d done it years before” he says.

His basic training in those days involved learning about lifting and handling patients, resuscitation and some basic medical knowledge – but as he says, the ‘real work’ only started back on the Island when he went out in the ambulance.

“It’s all very well learning anything in a classroom but not every patient will show classic signs and symptoms, and it’s only really when you get out there that the real learning begins – you learn for real on the road!” 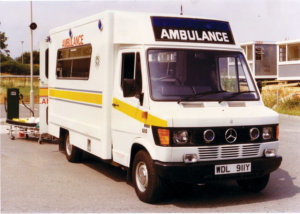 One thing that was pretty certain in those days was that every patient would be taken to hospital – and in the back of what was then a relatively primitively-equipped ambulance.

The typical vehicle at that time was a ‘bone shaker’ says Steve, with two stretchers in the back and very little equipment or drugs on board.

Very different from today’s ambulances with just one stretcher (because they only ever treat one patient at a time) along with a battery of hi-tech equipment and a huge stock of medications.

Modern paramedics are also university-trained – a situation which Steve, as a former trainer, has mixed feelings on.

“The university trained paramedics definitely have more knowledge but perhaps not the grounding experience that we had from working as a technician first”.

On the other hand, 21st century paramedics can better assess and treat patients on the spot – often avoiding the need for them to be rushed to a hospital at all.

At the sharp end

The side effects of drink and drugs have undoubtedly become an increasing problem for paramedics since Steve started out on the ambulances.

“When you work on a Friday or Saturday night it can be depressing to consider how much of your work was worthwhile and how much wasn’t” he says.

“Of course, alcohol and drugs can make people very poorly, but you do sometimes wonder about the way it affects the service we can give to other sick people who need help.”

It means that increasingly, calls have to be filtered, so not everybody who calls for an ambulance will get one – unlike in the former days of the 999 service.

Because of the nature and population make-up of the Island, many calls for medical help are for elderly heart attack and stroke victims, and people who’ve had falls.

Drug abuse here is also a bigger issue than many Islanders realise, according to Steve.

“The trouble is, these days people don’t know what they’re taking and can end up in real trouble:  if the medics are in the dark about what’s been taken, they will obviously find it hard to treat”.

One big difficulty about being in the emergency service in a small community like the Island is that often, paramedics will recognise or even know the patient.

“That can be tough” says Steve, “and even worse when it’s kids – I think everyone struggles with that.” 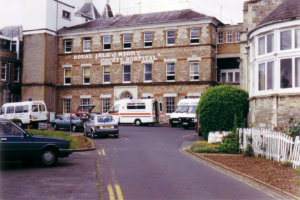 He might have retired as a paramedic but Steve continues to work in a different type of high-stress environment at St Mary’s, in bed management.

“It’s a different kind of pressure because the elderly population continues to grow here and we always have new people needing to come in”.

Steve can still recall how there were four hospitals when he started his career – Ryde County, Shanklin Cottage and the Frank James in East Cowes.

Now with just St Mary’s left, the pressure is on – and that’s one of the main reasons why Steve is such a big supporter of the Air Ambulance charity, which is a vital means of transport and often means the difference between life and death for many acute patients.

“It’s a couple of hours by road and ferry to get a patient to Southampton or Portsmouth, but the helicopter can have them over there in just 10 minutes” he points out.

The helicopter service is also vital for reaching trauma patients in remote areas of the Island – and it is in constant use over here.

“People are often reluctant to support the charity because they think it’s just for Hampshire, but nothing could be further from the truth” says Steve.

“If we have a heart attack or other major trauma in the community here, the protocol is to call the air ambulance – and we’d be lost without it”.

Hence he’s always keen to encourage people to support the charity – because the fact is, one day anybody could be in need of it themselves.

Meanwhile, if you’re out and about on the road and see a flashing blue light bearing down on you from the rear, Steve’s advice is simple:

“Don’t panic, like some drivers do.  Don’t slow down and don’t jam on your brakes! The best thing to do is to just pull over as soon as it’s safe – and indicate to let the anbulance driver know what you’re doing”.