My First Holiday in Scotland

My First Holiday in Scotland 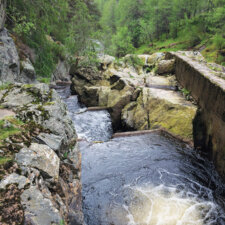 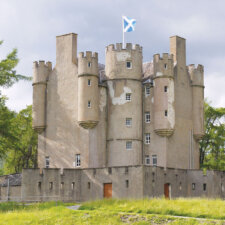 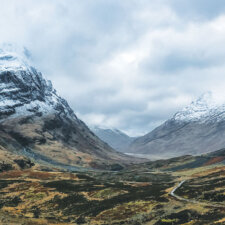 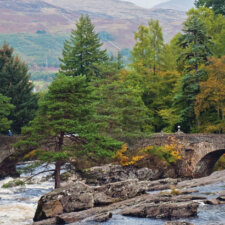 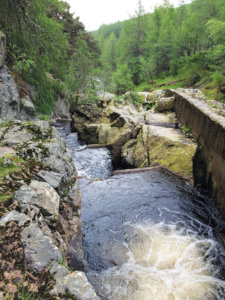 Remarkably, it took almost 70 years for me to take my first real holiday in Scotland and to enjoy the stunning scenery of the Scottish Highlands. My only previous visit had been in my early teens, which involved a brief day visit into the Scottish borders whilst holidaying in Carlisle with my late parents.

My father decided that we should take a day trip to Gretna Green – and that was a trip I shall never forget, for one rather quirky event that occurred.

After a relatively long journey in the car we entered into Scotland for the first time with some excitement to see Gretna Green, famous for its marriage services.

As I had anticipated, there were many tourist shops there selling souvenirs. We went into a clothing shop and I had expressed to my father that I would particularly like to buy a Tam O’Shanter, the familiar Scottish hat.  From the hundreds on display, I finally found one from a large collection, all at a singular price special offer. Having checked myself in a mirror and decided the fit was perfect, I took it to the counter to pay and then we departed to return to our accommodation in Carlisle.

On the way back in the car I noticed inside the hat some writing in biro with the name “John McTavish”. It occurred to me that I had probably purchased a gentleman’s hat that he had presumably put down whilst trying on numerous other hats – and by that time, we were too far away to consider returning it! I have often wondered to this day how amused he would have been to know that I had in fact purchased his hat!

So it was that recently, a mere 50 years later, I booked a holiday in Craigendarroch near Ballater. Rather than take the long drive from the South Coast, we decided to fly from London taking just over an hour to Aberdeen, where we hired a pre-booked vehicle for our week’s stay.

I cannot say that our arrival in Aberdeen was very impressive, but what was to follow can only be described as a wonderful week experiencing the most awesome scenery. 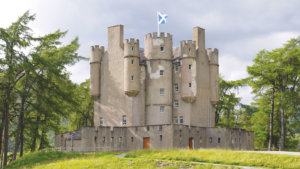 Just outside the Airport while collecting our hire car, we noticed hundreds of smartly dressed men and women collecting vehicles at a rapid pace to attend what we had been informed was an annual Oil Conference.  It meant that there were long delays for car hire, so the advantages of pre-booking a collection and time had certainly paid off for us.

Our journey to Ballater took almost two hours, through the most wonderful scenery and as we ventured north of Aberdeen the undulating landscape was beginning to unfold.

On arrival at our hotel I was presented with a special birthday present by the management, being a complementary entry to the local Whisky Distillery on the doorstep of Balmoral.

Sadly we were unable to visit Balmoral Castle which is only open to the public when the Royal Family are not in residence. We discovered many of the family were present for the Highland Games. However, the surrounding scenery and local loch was breathtaking and accentuated by a cloudless sky which was the case for the entire week of our stay.

At the entrance to the distillery I was warmly greeted and invited to take a conducted tour with a mere six other people.  As a lover of malt whisky I was keen to observe the process of distillery, and it did not disappoint:  to celebrate my birthday, I was offered a small sample of the Royal household’s own special whisky, which needless to say was quite exceptional. It became clear why Scottish Whisky is some of the best in the world, since as part of the process they can rely on a regular supply of the very purest water from the surrounding Highlands.

The days that followed included a visit to Braemar Castle where the Queen had attended a few days earlier to oversee The Highland Games, and then into the Upper Highland districts and malt whisky areas of Glenlivet and Glenfiddich, which the Scottish people were clearly proud to announce on special road signs.

The drive north was simply breathtaking and the Highlands were at their best for us, basked in a blanket of coloured heathers against a bright cloudless sky. The various villages all seemed to boast specialist whisky shops selling nothing else and where I was treated to detailed explanations of each bottle in which I had shown an interest and offered a wee dram to sample! This was not all, though, as there was also an array of the most tempting bakeries and small family run cafes where for the very first time I experienced locally made haggis lasagne, which was quite delicious. Needless to say there were numerous gift and locally produced clothes shops specialising in tartans, kilts and the very best of Scottish attire, all tapping into a desire to research family clans where possible.

The way of life in these areas struck me as uncomplicated and as I learnt, many pastimes involved locally supported tourism, Highland gatherings, game sports and a wealth of shops selling locally sourced food and hand-made woollens. The town of Braemar in particular is the place to buy woollens and tartans and where garments can be specially made to measure.

The warmest of welcomes is extended to all visitors to the area, and it was easy to see why the Royal family have such a real affection for this area and return as and when they can, to relax from State commitments.

It is a country that has so much to offer – and as an Englishman I am proud to boast it as part of our United Kingdom.  Long may that continue!