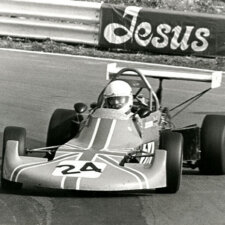 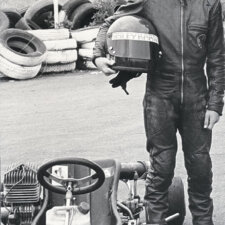 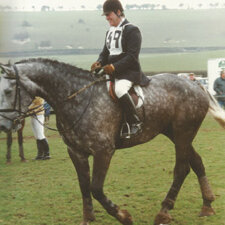 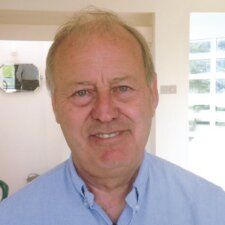 Mike Thompson is bluntly honest about his life in motor racing. He says he was a good designer of racing cars; an accomplished driver, but when it came to managing a Formula One ace he found himself firmly in the pit lane rather than the fast lane!

Mike, who has a home in Seaview, and has had close ties with the Island for 40 years, caught the motor racing bug as a teenager when his elder brother had a few accidents racing motor bikes, so decided it might be safer to concentrate on cars.

He recalls: “We collectively bought an old Lotus that was a wreck, put it back together and I raced it a few times. I had no training, and although I needed a licence, virtually anyone could get one in those days. I had  a couple of jobs, but my sole aim was always to go racing.”

Even so, he subsequently proved a successful businessman, building up his own market research company in the early 1970s before selling it in 2003, and then repeating the process five years later, and still has offices in London and Maidstone. He also learned to fly planes, but racing cars was never far from Mike’s thoughts, and as his career on the track progressed he gained success in Formula Fords. 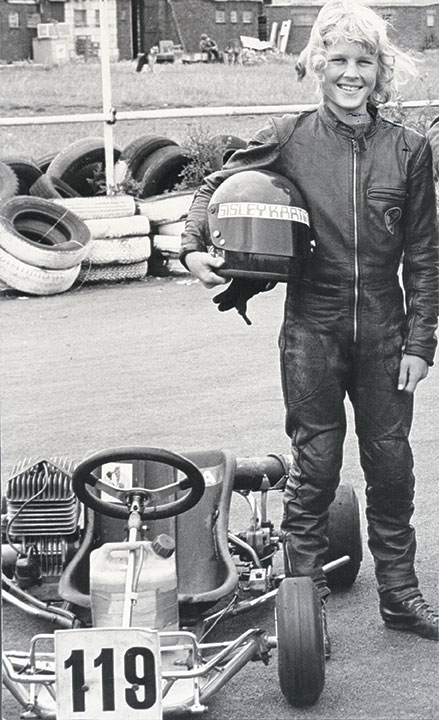 He combined motor sport with trips to the Island on a regular basis, before moving here, and was a keen member of the IW Hunt, even being invited along with close friend William Bailey to hunt with the famous Leicestershire-based Quorn Hunt on many occasions. A keen horseman, he also rode in the IW Grand National at Ashey, finishing third on his horse ‘Business’. He said: “I was delighted just to get round because it’s a tough course, so I was delighted to take third place.”

His first big breakthrough in motor racing came in 1976 when he won the Formula Ford Championship Grovewood Trophy, competing against other up-and-coming drivers including Derek Warwick, who went on to compete in Formula One, while former world champion Nigel Mansell also followed the same route shortly afterwards.

He smiled:“I was the works driver for Rostron racing cars, which sounds grand but they only ever sold about 10 cars. It was a good car, but they just never sold.”

Mike graduated to Formula Ford 2000, but accepted that at the age of 25 he had entered the sport ‘miles too late’ to rise right to the top,  so decided to design cars rather than race them. His first car in 1979, the Quest, competed in Formula Ford, with a design that was way ahead of its time, particularly with safety aspects. He designed it in six months, and his late father Les built it.

He recalls: “I won a couple of races in it, and broke the Brands Hatch Formula Ford circuit record in it, but I was on my way out as a driver at that stage.” 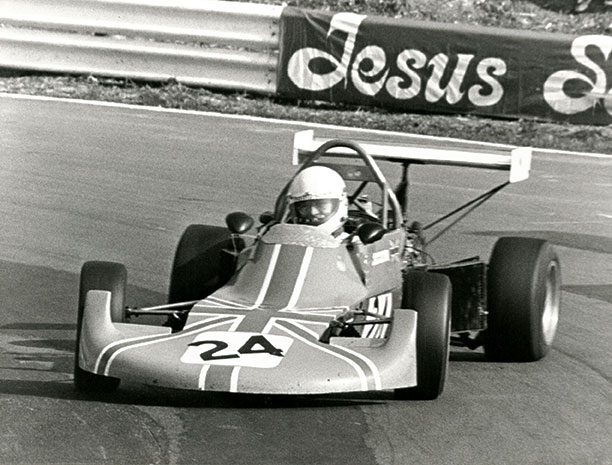 By then racing had already taken its toll on Mike, with one smash at Brands Hatch nearly costing him his life. He said: “I locked wheels with another car; went end over end and was very lucky to get out. On another occasion my brakes failed, and I ended up with several broken ribs. The only other time I got injured was at Snetterton when a wheel came off my car and I smashed into the safety tyres. I ended up with a broken sternum, but I was one of the fortunate ones because in those days several drivers I raced against were killed.”

Johnny Herbert, an up and coming driver at the time, became works driver for Quest in 1983, and the following year won the Formula Ford Festival at Brands Hatch, breaking the lap record. He drove Mike’s car for two years, also winning the Formula Ford Championship.

Mike also designed a Formula Ford 2000 car, but by his own admission it was never as good as his previous model, but Johnny’s career continued to flourish as he rose through the ranks, and subsequently asked Mike to become his manager. 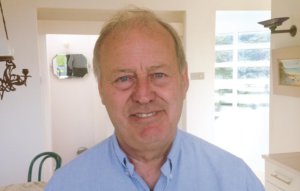 Having given Herbert financial backing in his early years, Mike was one member of an Island consortium that negotiated a deal for 20 per cent of the driver’s earnings for seven years, once he started to make money from motor racing.

Unfortunately in his first year in Formula 3000, Herbert suffered a serious accident at Brands Hatch, and nearly lost a foot. While he was in hospital his backers, including the Island group, all pitched in to help pay for the fees. Mike recalls: “After he left hospital Johnny went to Austria for physiotherapy, and when he came back his rehabilitation continued, and he was soon signed up by Benetton manager Peter Collins to drive Formula One – the ultimate goal. 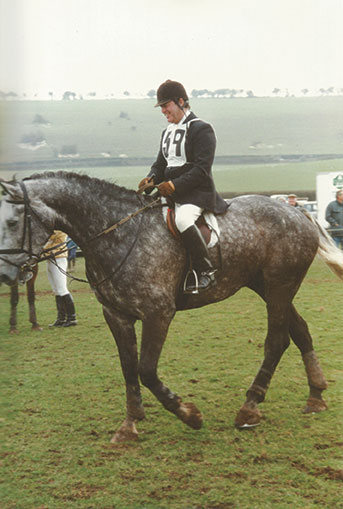 “His first race was in Brazil, and I was going over as his manager. I remember going down the M25 towards Heathrow and realising I was late for the flight. Fortunately the plane was delayed but I arrived in Brazil late; the manager of a Formula One driver who couldn’t even get to the race on time –  that’s how good a manager I was!

“I also remember going to the Canadian Grand Prix in Montreal. All other managers were well dressed, but I was walking around in a grey cardigan. I simply didn’t look the part.”

The relationship between Mike and Johnny became strained, and although the investors, including the Island consortium, managed to recoup their outlay, driver and manager had a parting of the ways, and the pair have rarely spoken since.

Mike still maintains an interest in motor racing, with his son Michael now driving the Quest. Looking back Mike admits: “If I have one regret it’s that I should have concentrated on my design skills rather than driving – and I would never have made a decent manager!”