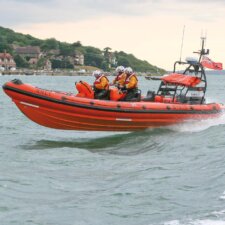 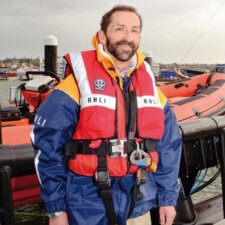 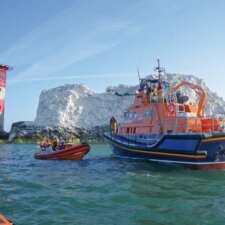 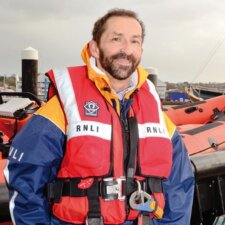 Life is about to turn full circle for Mark Southwell, a former Island Customs Officer who is now operations manager for Cowes RNLI.

While helping patrol the waters around the Island, Mark was based for many years at the Custom House, adjacent to the Island Sailing Club in The Parade, Cowes, and was directly involved in some of the biggest ‘drug busts’ this country has ever seen.

Now by a quirk of fate he will soon be returning to the building where he spent so much of his time between 1982 and 2005, as it will shortly become the new headquarters for the town’s RNLI, following a highly successful appeal to raise funds for the much-needed move.

Despite being born in London, Mark has always had an affinity to the water, especially after moving down to Chichester with his family as a youngster. After leaving school he secured a job in Customs, and was later transferred to Southampton. As a relief officer he was asked to carry out a spell on the Island, so he arrived here in 1982, initially just for six months. But after marrying an Island girl he soon made it his home as well as place of work.

Mark, 55, recalls: “Initially I spent the winters here, and the summers out in the Solent in a patrol boat. But I came back here full time in 1990, and have been here ever since.” 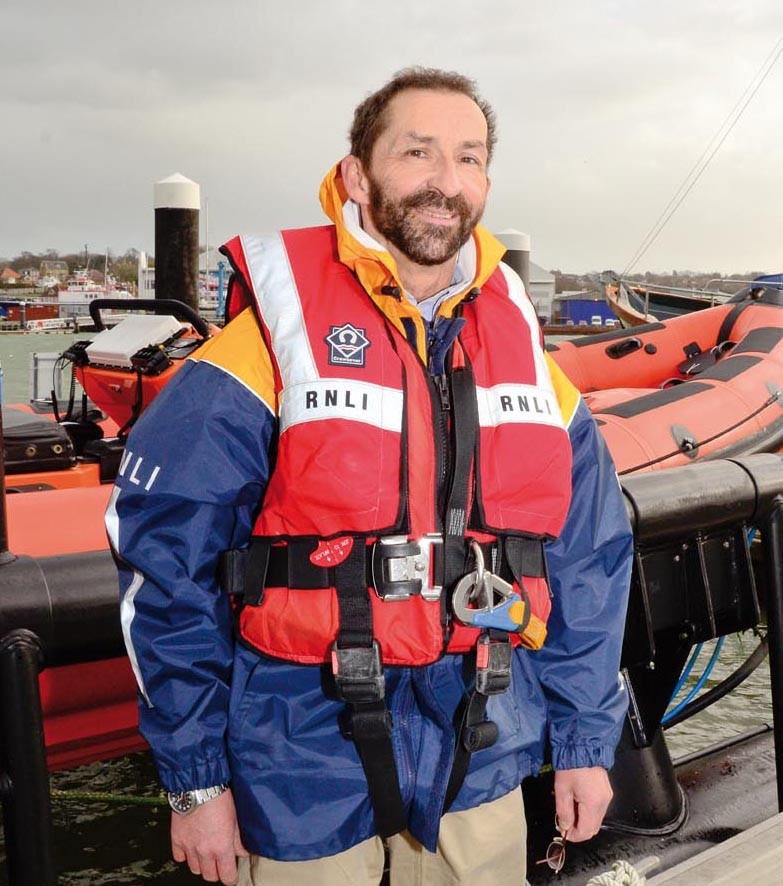 During his many years as a Customs Officer Mark was caught up in a number of high-profile operations, which he describes as ‘Britain’s Biggest’ in relation to what actually happened. He explained: “In 1992 I was involved with something named ‘Operation Ice’ which BBC and ITV later made documentaries about. It was the first time that all the law enforcement agencies around the world got together and seized the money from drug smuggling rather than the actual drugs.

“It was discovered that it was more effective to get the money off the people involved, because actually finding the drugs was never easy. The British end of it was to buy some of the drugs off the dealers at a hotel in London, and that led us back to a yacht that arrived in Cowes during the Regatta Week in 1992 from the West Indies. It came in and anchored right behind the Royal Yacht.

“It was heading for Island Harbour where a berth and house had already been rented. Eventually it got to Island Harbour, and a canopy was put over it to partially cover it. For a couple of days the guys on board were seen carrying carrier bags into the house, but none of the neighbours knew what they were doing.

“The gang then drove the consignment up to London and that is where our Customs Officers bought the drugs in an undercover sting in the London hotel. A Cowes taxi driver actually took them to London, without knowing what was happening. 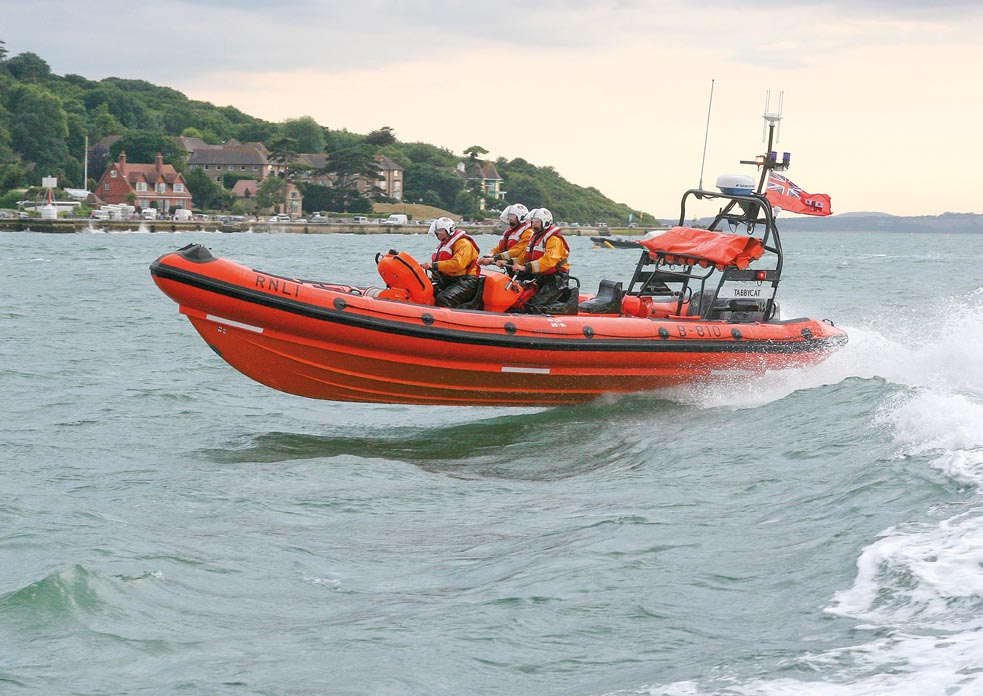 “We subsequently discovered that the boat had a quarter of a tonne of cocaine on board, worth about £40million in those days. But the whole point of it was to seize the cash, and the British end of the operation resulted in the seizure of £600million from bank accounts around the world. At the time that was the biggest ever drugs operation in this country.”

Then in 2000 Mark was part of the team that seized nearly half a tonne of cocaine on a beach at Orchard Bay near Ventnor. He continued: “It was really crime thriller stuff, with people running up and down coastal paths carrying drugs. But the people involved were so clever they were not stupid enough to have knives or firearms, because that would have taken it to another level.

“It was also very rare that we actually arrested a ‘Mr. Big’ on the day. After three months of surveillance, I was told in July that it would happen in October, and it did. So as far as a Customs career is concerned it doesn’t get much better than that, particularly in the uniform branch.”

Mark was one of four Customs Officers on the Island at that time, and he subsequently became the last one when he retired in April 2005. He quit partly due to a back complaint picked up through hours of being out on RIBS and launches, but it was at the same time the Government pulled the plug on the Island operation.

Mark’s career began as a VAT inspector for Customs, and by the time he called it a day he had completed nearly 31 years of service. He smiled: “I got into it almost by mistake. I had a Saturday job in Mac Fisheries when I was at school, and at the time VAT had just been invented. I was thinking of joining the Navy, so only expected to be working as a Customs Officer dealing with VAT for a few months. But after two years I was still there, and that was when I transferred to the uniform section.”

Through getting to know some of the crew members Mark eventually became involved with Cowes RNLI in July, 2008. He initially became deputy operations manager before taking over the main role a year later.

Perhaps surprisingly, Cowes RNLI does not have as many volunteer crew members as they would like, and are always on the look-out for more. Their numbers currently stand at around 18, and the RNLI believe the figure should be nearer 30, with women as well as men welcome to train to become a member. Volunteers have to be between 17 and 50 for boat crew (recruitment ending at about 42-43), and up to 65 for shore crew. 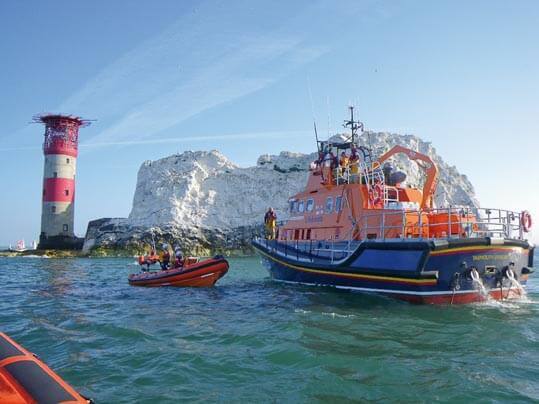 Mark was among those who spearheaded the £1million appeal for the old Custom House to become their new HQ. Cowes RNLI are currently based at Shepards Wharf Marina, but speed restrictions in the harbour mean vital minutes are lost when going out to an emergency in the Solent and beyond.

“The Custom House has been on that site for 300 years, so it is nice that it will continue to be part of Cowes maritime heritage,” added Mark. “It is also fantastic that we will be out in the Solent much quicker. It will save four minutes each time we launch, and those four minutes could prove crucial for someone who is in the water and needs rescuing.”

Recently the appeal received a massive boost with a charitable trust, which wished to remain anonymous, making a single donation of £285,000. That took the overall total beyond £662,000, and donations continue to roll in, particularly from members of the public. The appeal is set to run until this year’s Cowes week.

However, work on converting the Custom House is already well underway, and the move is set to take place during May with an official opening before Cowes Week, with a new replacement boat having also been paid for separately, and being built in East Cowes.