Liberty’s owner Annie Horne is on the ball…

Liberty’s owner Annie Horne is on the ball… 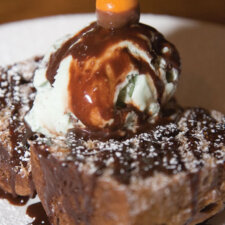 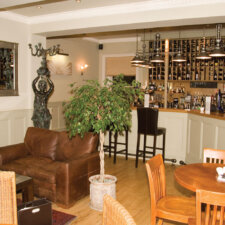 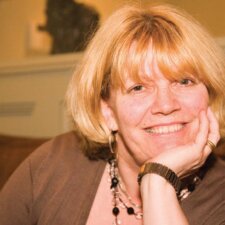 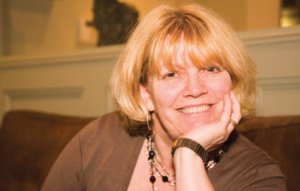 Deciding to take on a 90 cover cafe/bar in the middle of Ryde’s busiest area is no mean feat. But that was exactly what Annie Horne and her husband David decided to do – after careful consideration. The building was purchased in June 2005, although Annie had the concept four years earlier in 2001. It was obviously not a decision to be considered lightly as it required considerable investment. Initially, Annie spent over a year looking for the right building as the right amount of covers was key to making her business plan work.

Fortunately, she had been in the food, hospitality and events business for over 25 years both on the mainland and the Island including being the Director of Wight Leisure and it was whilst Annie held this position she became aware of the re-generation plans for the Island. One plan suggested that Ryde was designated to become the eating/drinking place on the Island.

“We looked at Newport but it did not have the right feel for what we wanted to do. By coincidence, or by a stroke of luck Gully Howard had this property on the books for lease in Union Street, Ryde; an ideal location. On inspection of the ground floor premises we quickly came to the conclusion that this was not enough space for our plan to work. So I cheekily asked Mr Singh (the owner) if he had any other areas he would consider leasing and this is when to our delight he informed us he also owned the whole building.”

Annie and her partners (Dave and Ged) looked at the rest of the building and decided that there was too much work and money involved to warrant a lease so the owner Mr Singh was approached to see if he would be willing to sell the Freehold, which he was. 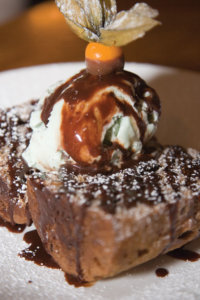 “I remember walking into the building and thinking I knew exactly what I was going to do with it, even though the amount of work required was daunting. We asked Mr Singh to go away and have the building valued and get back to us with a price. In the meantime we surveyed the building and costed out the renovation costs bearing in mind that it was a Grade II listed building and as soon as Mr Singh came back with a figure the sale was agreed.

“The ground floor was at the time trading as Poppins, a sort of American style Diner set-up which we continued to run through June/July and August 2005 whilst planning and building regulations were going through. It was also at this time that Neil Roberts came into the business as a partner.

“Because the building was Grade II listed it presented us with some interesting challenges, in fact most people thought we had lost the plot. Our worst moment was when we needed to swing the top service stairs round 90 degrees in order that the flats above would have their own access, this was a nail-biting time. Turning the stairs had to happen because I wanted the ladies toilets upstairs and the gents toilets downstairs in the basement to prevent potential problems, if you see what I mean, it’s not a good idea to have them next to each other!”

Work started on the building on the 1st September 2005 and took only four months to complete which was an amazing achievement. Liberty’s was launched on 7th December 2005. Luckily for Annie, brother Ged and husband Dave are master carpenters and as partners they managed the re-modelling of the listed building.

“A lot of detail went into the refurbishment, and a lot of money! I had to think very carefully about style, I remember we spent hours sourcing the right equipment, and fittings. I had ordered these exclusive wall lights from Italy and on the day before the opening, to my shock horror when I unpacked them they were not the right colour. I’m a complete pain in the arse when it comes to attention to detail, it’s sometimes described as rather excessive, however because of the way I am it meant that I had to pay a visit to the model shop down the road and spray paint all the wall lights 12 hours before opening in order to achieve the right look.”

I asked Annie if she had any regrets and was there anything she would have done differently? “No, none whatsoever, we spent so much time planning, we knew exactly what we wanted from the outset. Perhaps the only one thing we should have done was to renovate the flats upstairs at the same time.” 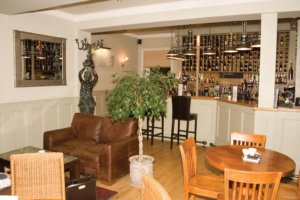 Building a restaurant is one challenge to overcome, actually running it and making a success of it is another. Annie knew from the outset the look and style of food she wanted to achieve for Liberty’s. “The first year was amazing, however this years trade has overtaken last years already and we are only four weeks into what I call the holiday period.”

I asked Annie what she thinks makes Liberty’s such a success?

“We genuinely listen to our customers, and we have a very talented team of staff. The only slight problem we have is that people think we are a top quality restaurant because of the way its finished inside, however at the end of the day we are a Cafe/Bar which is what I wanted from the start, purely because I think people come out more often for a casual snack and meet up with friends.”

Annie is always on the look out for the latest trends and religiously changes her menu three times a year. “We are going to concentrate on local produce. The problem with local produce is availability, to overcome this we have decided to include a selection of local produce into daily dishes on our specials board, this way we can adapt easily.”

Plans for the future? “I have already got plans for my next project which will be a completely different style restaurant, quite quirky, nobody does it yet and this might be because nobody will want it! I’ll have to wait and see…”