Jack Douglas: Jack and his alter-ego just keep “Carrying on”…

Home|Interviews|Jack Douglas: Jack and his alter-ego just keep “Carrying on”…
Next

Jack Douglas: Jack and his alter-ego just keep “Carrying on”… 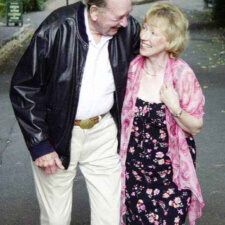 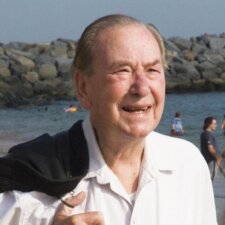 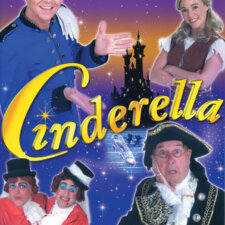 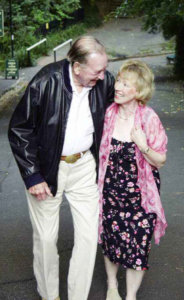 The hand of fate was at work when comedian Jack Douglas stepped off the Isle of Wight ferry in 1996 to appear in the stage show “Me and My Girl” at the Shanklin Theatre. Little did he know it then, but his leading lady in the show, Vivien, was destined to become his wife – and the bewitching Isle of Wight, his home.

Stage and screen veteran Jack, whose memorable twitch afflicted character Alf Ippititmus became a national institution in the 1970s, fell for both Vivien and the Island, and promptly sold his 16th century home in Godalming, Surrey, to cross the Solent for a new life.

Now, he says, he wouldn’t live on the mainland even if it were “rent free”. “I’ve never been so happy anywhere,” declares Jack, who has made Shanklin his home. “Okay, the Island may be 20 years behind the times – but so am I! Where else could you still leave your car unlocked, or walk around the streets without worrying after dark?” Jack and Vivien, a versatile singer/dancer/actress, loved working together so much that they now come almost as a professional “package”, choosing shows in which they can appear together. In fact, the only reason Jack isn’t doing a panto season this year is that the North of England venue that wanted to book him had no part for Vivien, and so he turned it down. “Eight weeks away on my own, up in the north and far away from home – I didn’t fancy that,” he says, “so we’ve decided we’d have a break this year”.

For Jack, 78, it’s something of a novelty to be “resting” from the business. As part of a theatrical family from Newcastle (his grandfather was in silent films and his dad was a Northern theatre impresario), treading the boards is in his blood. He had in fact cut his teeth as a stage-hand, panto producer and comedy actor, long before he ever came to public notice with the enduring flatcapped, bespectacled comedy character of Alf. 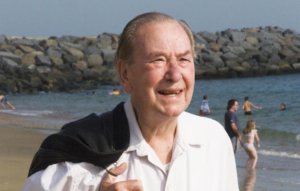 The lovable, if somewhat intellectually-challenged Alf was one of those strokes of genius that came about completely by accident. Jack had already been stooging for such big-name comedians as Arthur Askey, Bruce Forsyth and Benny Hill, when he became the straight man in a double-act with Joe Baker. However, when Baker managed to get himself locked out of the theatre just as Jack had gone on stage, the so-called straight man had to turn comedian and keep the audience entertained for the slot. He did it by exaggerating the twitch of the band leader Eric Winston: his flash of inspiration brought the house down, and a classic comedy character was born.

As well as appearing with big TV variety show names including Des O’Connor, Jack’s character also made a big impression in the later productions of the “Carry On” films. So big was Alf’s impact, in fact, that even though he appeared in only the last eight of the 31 Carry-On films, he still receives fan mail from all over the world, as the popularity of the cult comedy films shows no sign of fading. What amazes Jack is the age profile of some of his fans – from children right up to grannies. “I can’t quite believe how popular they still are, but I suspect it’s because the films are naughty, but not filthy,” he says. “I am always getting letters from people who say they love the films because all the family can sit and watch together, with no fear of having to jump up and switch off – which sadly, I have to do very often with my TV these days”.

So enduring is the popularity of the Carry-On phenomenon that Jack has been involved in working on the links for a new compilation DVD, Carry On Christmas, and this autumn he appeared as the star guest at a Festival of Carry On in Great Yarmouth. He’s done much more than Alf Ippititimus in a long and hard-working showbiz career, but Jack doesn’t resent the way his somewhat dopey alter-ego has dominated his public image. “Alf to me is a character I love,” he says fondly. “I’ve never done anything rude with him, or used bad language. He can be a very naughty boy but he’s never a filthy one, and I think that’s what makes him so appealing”. The odd thing is that if Jack were to don one of the many pairs of “Alf” overalls hanging in his wardrobe, and put on a flat cap, people would be queuing for autographs. 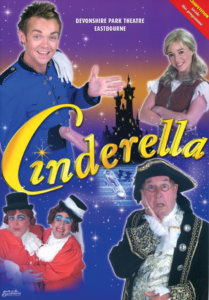 But he rarely gets recognised when he’s out and about on the Island, as plain Mr Douglas. This suits him just fine, he says. It means he and Vivien can enjoy their favourite walks on the south side of the Island, or a quiet drink at their local, the Crab in Shanklin, in relative anonymity. “It’s the best of both worlds really,” he says.

Back at home, Jack indulges a wide range of interests outside the world of comedy. He has a passion for jazz, and has amassed a huge collection of records, some of them quite rare. He also paints, designs his own clothes and is an expert cook and wine lover. In fact he has had a number of cookery books published – with the ever-present Alf Ippititimus being credited for some of the recipes.

He says there’s hardly anything he misses from the mainland – with the possible exception of theatre-land. But as he says, it’s easy enough for him and Vivien to get to London if they fancy seeing a show. On the Island theatre front, Jack finds it sad to see Shanklin Theatre looking so run-down and neglected. He was involved there for a while in 1996, but says that unless it’s restored, he won’t be appearing in any shows there. “It’s such a shame,” he says. “It wouldn’t cost much to bring Shanklin Theatre into line, just a bit of love and attention. I am too old nowadays to get up on the roof and pull the weeds… but a few years ago I most certainly would have done!”