Tim Blackman: It’s now time to draw a line and get on with my life

Home|Interviews|Tim Blackman: It’s now time to draw a line and get on with my life
Previous Next

Tim Blackman: It’s now time to draw a line and get on with my life 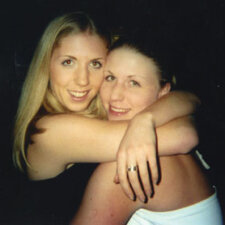 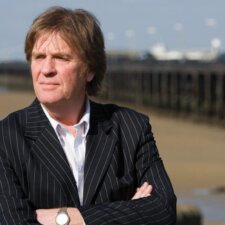 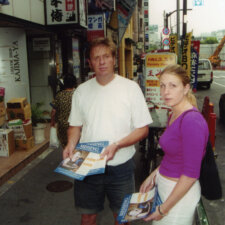 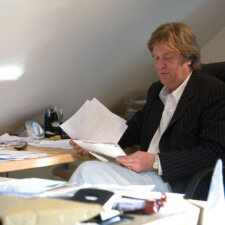 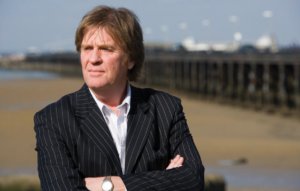 Tim Blackman has been to hell and back over the last 16 years, firstly losing his  property business in the early 90s then he had to contend with the disappearance and death of his daughter, not to mention a divorce and the recent pounding from the press. Tim says “It’s now time to draw a line and get on with my life.”

Tim Blackman has been pilloried in the press for taking ‘blood money’ from the man on trial for killing his daughter Lucie. Just weeks before he flies out to Tokyo for the sentencing decision on Joji Obara, the Ryde businessman spoke to Island Life about why he accepted the cash, his plans for the money and how, after April 24th, he hopes to put the whole terrible ordeal of the last seven years behind him.

Tim was just getting back on his feet when he received the call that is every parent’s nightmare: your daughter is missing. He had lost everything in the property crash of 1990 and five years later had been through a bitter marriage break-up. But just at the time that his fledgling new businesses were starting to make any money he dropped everything to search for Lucie.

He says: “This steam roller of shock starts to work through your body. On the outside I appeared calm and together but there was this tsunami of emotion going on inside. You could sit me down to talk with someone but when I got up I wouldn’t have any recollection of what had been said or even of the name of the person I had spoken to. I certainly couldn’t continue working. It was impossible for me to go into a bank and discuss investments for such and such a project.”

He and his daughter Sophie worked tirelessly in Japan to cajole the Japanese authorities into action. When Tim first went to the Tokyo police to report his missing daughter they turned him away but within weeks there were 150 officers on the case. In the years that followed the discovery of his daughter’s body in a cave on a beach just outside Tokyo, the tragedy continued to have a devastating effect on his family.

Sophie attempted suicide just after her sister’s body was finally laid to rest and their brother Rupert has also not been well. This is the background against which Tim finally, after eight long months of deliberation, agreed to accept the £442,000 offered to his family by a friend of Joji Obara. Tim was subjected to fierce criticism in the press from his ex-wife Jane. She described his decision as “revolting” and refused to take any money herself. She also said that both son Rupert and daughter Sophie were against their father accepting any money. 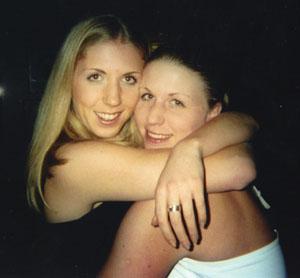 Tim admits that taking the cash was always going to be contentious but that it was a decision he made after balancing many factors. These included the personal costs to him of travelling and staying for extensive periods in Japan and the effect this had on his businesses and personal earning potential. He also had the future security of his family to consider which now includes his partner of ten years, Jo, and her four children.

“I think Lucie would say take the money. She was a progressive. She moved forward and she always had an optimistic outlook. She would not have wanted her family to be stuck in a position from which they could not move forward. That’s how she would have thought and Sophie agreed. Sophie’s only concern about this was the flak I might get. And as far as Rupert is concerned I decided some little while ago that an 18-year-old young man does not understand what a 53-year-old parent and guardian of seven young people has to do. Whilst a young person’s opinion is important it doesn’t always come from a very experienced place.”

If, on April 24th, the Japanese court finds Obara not guilty of the charge of rape leading to death, Tim is prepared for the fall-out. It is not hard to imagine headlines declaring ‘Blackman Takes Money. Man Goes Free’. 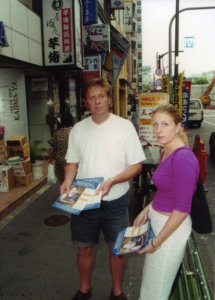 Tim agrees: “Yes it wouldn’t be very comfortable but it still doesn’t make any difference to the way I feel inside. This man is already the worst serial sex attacker in recent Japanese history. When he was arrested and his various houses were searched they found in the region of 2,000 videos of him raping girls. He was filmed sometimes wearing a mask, sometimes not. He would spike their drinks with rohypnol and if they started to come round he would chloroform them. Now if they are stupid enough to put him back on the streets then why have I got to be blamed for it?”

Obara had previously offered a similar sum to the Blackmans, which they turned down. It is common practise in Japan for defendants to offer payments to victim’s families as an expression of their remorse. These payments, however, are not seen as an admission of guilt. Tim adds: “They offered the money first of all on the condition that I would not speak in court, which I refused. It was the friend of Obara who said that whatever happens, this was a tragic thing that happened to Lucie and our family and that he was still offering the money.”

After seven years of immersion in the Japanese legal system Tim has an insight into the cultural background to these payments. “The Japanese are very honourable people. There is a very, very low crime rate there because of the shame of being a criminal. Bringing dishonour on your family is unthinkable. In Tokyo you will see rows and rows of bicycles parked in the street all unlocked. No one would ever think of taking them. They leave drinks machines out on the pavement. Now if that was England someone would come along with a flat bed truck and have them away.”

Both Tim and Sophie are disappointed in the way ex-wife and mother Jane has continued to batter them through the pages of the Daily Mail. Tim adds: “Sophie has been so appalled by her mother’s behaviour over the last few years. She was annoyed her mother couldn’t come to Tokyo and wouldn’t form a united front at least to do those big press conferences. There has been no recognition that without our efforts in those early weeks in Japan there would not have been an investigation and we would still be wondering where Lucie was.

“Jane seems to have this thing where she is the only victim. When we brought Lucie’s remains home we couldn’t decide what to do with the ashes for some time. Sophie had said for months and months that she was not ready to bury Lucie yet. She wanted some of Lucie’s ashes in her possession so that when she went to live in Australia or buy a home wherever it might be she would be able to take something of Lucie with her. This culminated in Jane writing to Sophie and saying I’m the executor of Lucie’s will and I have decided that Lucie will be buried in her entirety.

“I emailed Jane and said look Sophie feels really strongly about this but Jane turned on a legal point and insisted that Lucie must be buried in her entirety. As parents I believe you should be concerned for your child’s strength of feeling and their mental welfare. The day we buried Lucie we went to this pretty little churchyard, the five of us, and she was buried under a thorn tree. 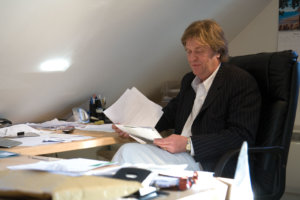 “It was surreal and deeply, deeply upsetting. Afterwards I came back to the Isle of Wight, Jane was going home with Rupert and Sophie went back to where she lived with a friend in Sevenoaks. I got home at 10.30pm and at 12.30am I get a call from Sophie’s friend saying she’s attempted suicide. Sophie was sectioned for a few days and then spent several months in a psychiatric unit before spending some time on the Island to recuperate. Sophie is now fit and well and working as a cardiac technician at St Mary’s Hospital, Paddington. Both she and her father are looking forward to being able to draw a line under what has happened to them and look to the future.

A significant amount of the money given by Obara’s friend has gone to the Lucie Blackman Trust – an organisation that promotes safety amongst young people both at home and abroad. Another chunk has been put in trust for his children. “They might not want it now but it will be there for them in the future. I have made that decision for them,” says Tim.

He adds: “Lucie has become this iconic image for safety. We are working with various partnerships and the police around the country. Our website has had almost a million hits with girls and parents from all over the world reading about safety awareness. We came up with the idea of delayed texting and on the site you can click on any country in the world and find out what the security situation is. Sophie is really excited about being an ambassador for the trust and for me it keeps Lucie alive.

“Lucie has a purpose. Lucie would like it. I believe she would think this was good. This is a seminal moment. The Trust takes us forward and without it I think the 24th would be a bit hollow. The end of this trial is in sight and we can at last see the time when we can close the last box file and just carry on.”