Shirley Robertson: Island sailor Shirley knows what it’s like to have golden touch

Home|Interviews, On the water|Shirley Robertson: Island sailor Shirley knows what it’s like to have golden touch
Previous Next

Shirley Robertson: Island sailor Shirley knows what it’s like to have golden touch 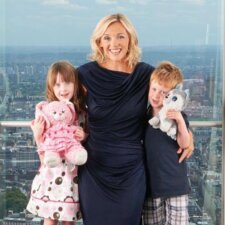 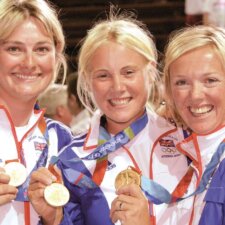 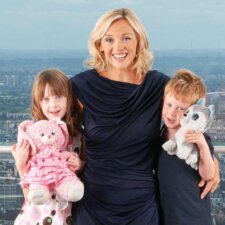 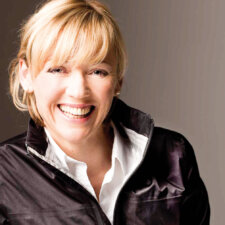 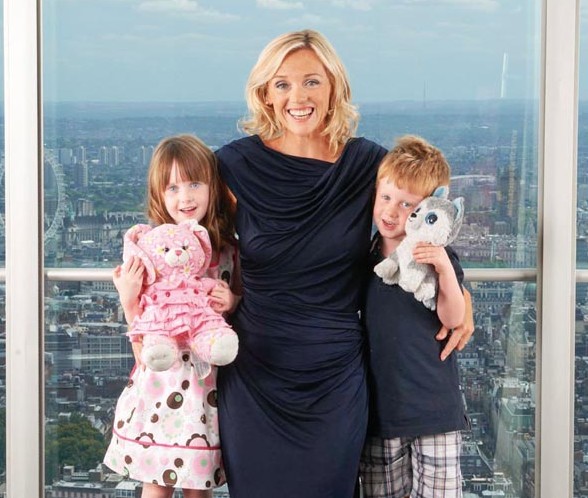 The long-awaited 2012 Olympics are fast approaching, and for hundreds of aspiring competitors the pressure is beginning to mount.

Inevitably the spotlight will fall very much on the British team, who will be competing on home territory for the first time since the last Games were held here in 1948.

One person who knows what it is like to prepare for the Olympics, and emerge victorious, is Island sailor Shirley Robertson, OBE. Shirley not only competed in four Olympics, but re-wrote the history books by becoming the first British woman to strike gold at consecutive Games – Sydney in 2000 and then Athens, 2004.

Shirley, who lives with her family in Cowes, talked exclusively to Island Life about her incredible successes on the water, and the demands medal hopefuls will be facing this summer.

There was a fairly tentative start to Shirley’s own sailing career. She was born in Dundee, and started sailing when just seven. She recalled: “My dad built a small dinghy which we sailed in a local Loch, and it was very much a family club. But I was quite competitive at an early age, and when I was 14 I was lucky to be spotted.”

It was at the Scottish Ladies’ Championships that Shirley caught the eye of the Scottish Senior Men’s coach. She was invited for winter training with the men’s squad, who were in the world’s top 10 at the time. That sparked the breakthrough to compete in British Women’s events, although at the time there was no women’s class for sailing at the Olympics. That began at Seoul in 1988.

“I had no great ambitions to go to the Olympics. But I enjoyed sailing, and practiced until I got better and better. In a way I am still a bit like that,” Shirley smiled. “I was sailing Laser class single-handed, and I knew there was a chance it would be introduced at the 1992 Games.”

Then came the defining moment in Shirley’s sailing career. She said: “I remember being in my mum’s kitchen and watching a TV clip of Mike McIntyre winning a sailing gold at Seoul. He was Scottish, and I had met him, and he was just a normal guy. It was only a very short clip, but it made me think ‘yes, I want to do that’ even though I had no idea what it entailed.”

Shirley soon became the best in Britain, but she claims that by world standards that was still some way down the ladder. She was selected for the 1992 Olympics in Barcelona and did well to finish ninth, admitting it was just nice to be there, and she had never even thought what it would be like to win a medal. 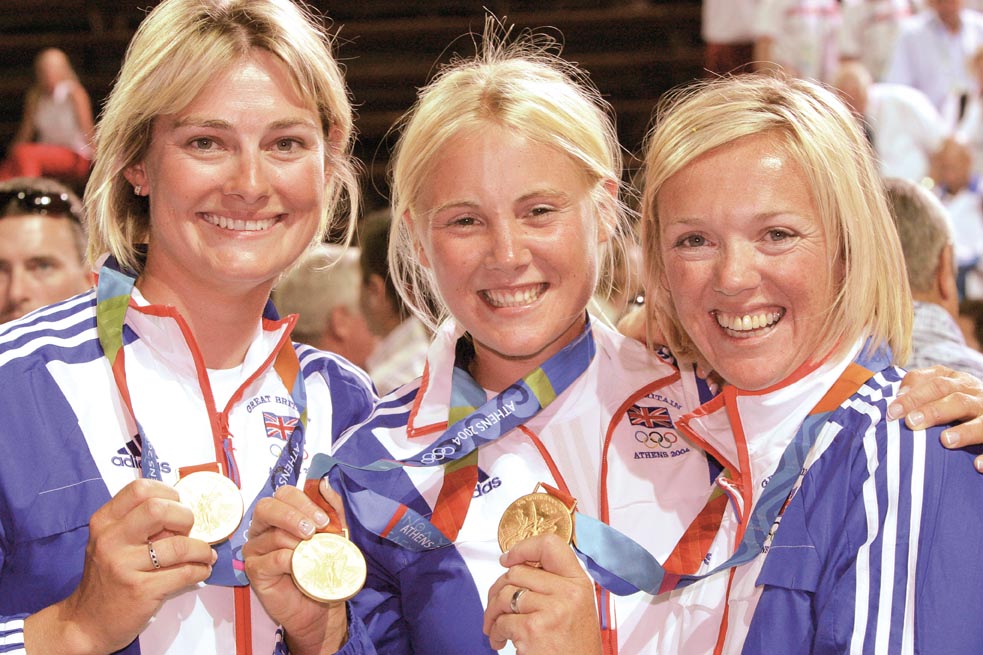 “Sport in Britain has changed a lot over the last 10 years. Before that there were very little resources, and in the run up to Barcelona my boyfriend was my coach. I worked throughout the winter, just doing the occasional week’s sailing; very different to what it is like now,” she explained.

By the time the 1996 Games came around Shirley was sailing virtually full time, but it was still proving a financial struggle. Although the Olympics were in Atlanta the sailing was ‘miles away from civilisation’ in Savannah, and she defied the odds to finish fourth in the Europe class.

She was already a regular visitor to the Isle of Wight where her boat was developed and its masts were built, but despite the best preparations she could muster, she now reflects it could have been better, and as a result her finishing position was a disappointment.

“I was just one point off third place, and to my mind I was responsible for missing the bronze medal that was rightfully mine,” she said. “I was the one who gave it away. You learn most from your biggest disappointments, and I definitely approached sailing differently after that. In a way it was a big decision just to carry on, but it’s a bit like gambling. You invest more and more and are reluctant to go on, but you are still looking to hit the jackpot.”

Her rise to world prominence continued with silver medals at the 1998, 1999 and 2000 Europe Class World Championships. Shirley moved permanently to the Island in early 2000, reflecting “It was a big move, but I had friends here and it was the one place I felt comfortable. I was looked after very well, with people cooking me dinner, and transporting me around.”

By the time the Millennium Olympic Games in Sydney rolled around Shirley had a wealth of experience to add to her grit and determination. She continued: “I had come pretty close in 1996, so by 2000 I knew I had all the right ingredients to do it. But in the build-up I never thought about what the eventual outcome could be, or standing on the podium. There was a lot to get right, and sailing in Sydney Harbour was very complicated.

“Mentally I was very relaxed because I knew life would go on, win or lose. I remember sailing out into the harbour, looking at the Opera House and Sydney Harbour Bridge which was quite something. But deep down I knew I didn’t have a weakness; I didn’t panic once, and that was a good position to be in. It was all about three years of preparation coming together, and I had a good, solid team around me. Any good athlete has a good team around them, and in a way you feel a bit of a fraud standing there on your own on the podium.”

Fraud or not, that was exactly what Shirley found herself doing at the end of an exhilarating series of races against world class opposition in her Europe class yacht. She led virtually from day one, but with two races remaining the healthy advantage began slipping away, and she now admits: “I thought I had blown my chances again, and I was even crying.

“With one race left I was one point ahead, but at least guaranteed a medal of some sort. The final race was really tough, and we actually sailed under the Harbour Bridge, with wind blowing from every direction. The lead kept changing, but I was quite relaxed, and in the end I won by a few points.”

In 2000 Shirley was voted ISAF World Female Sailor of the Year, and was awarded an MBE for her services to British Sailing. It would have been easy to quit at the top, and she had already made up her mind she didn’t want to race in the Europe class again.

Instead she turned her attentions to a new challenge. In 2001 she switched to the new three-crew Yngling class and finished 14th at the World Championships. Over the next two years the trio improved rapidly, finishing third at the 2002 Olympic Test event and winning the 2003 Pre-Olympic regatta.

Then at the 2004 Games in Athens Shirley, along with Sarah Webb and Sarah Ayton, swept to her historic second gold medal, and the triumphant trio were soon dubbed the ‘Three blondes in a Boat’! She reflected: “The Olympics are addictive, knowing you have to go out and perform at the highest level. I also had gold medal confidence, and once you have a gold you almost look on silver as a failure. It was a difficult campaign, and we didn’t really know the boat. It was also a very expensive campaign, and we didn’t have enough money for a long time.

“Only 14 months before the Games we had no boat, no money, no coach, and a change of crew due to illness. But with a year to go Ian Walker stepped in to coach us, we found a sponsor, and things finally came together. Ian was the big piece of the jigsaw because he is particularly good at those sorts of campaigns. He identified what was important, and when, and he was just as much a winner of that gold medal as we were. Actually, until the Olympics we hadn’t been sailing that well together, and definitely hadn’t nailed it. The best we ever worked together was that one week at the Olympics.”

Naturally Shirley has wonderful Olympics memories, even though she just missed out on a place in the 2008 Olympics in the Yngling class with new crew mates, Annie Lush and Lucy Macgregor. The British trio who pipped her team in qualifying went on to strike gold in Beijing. However, Shirley’s preparations had been somewhat disrupted in 2006 when she and husband Jamie Boag took on a new challenge, welcoming their twins Annabelle and Killian into the world. 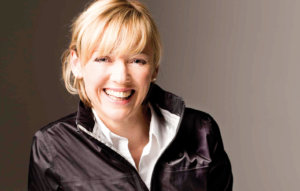 Instead of competing she went to Beijing as BBC Olympic sailing commentator, but admits: “Not sailing was disappointing, not just for myself, but for the team I had put together. It was a case of packing up the boat and going back to work.”

But with two Olympic golds in her amazing collection of sailing awards, she certainly knows what it will take to win at this summer’s Games, with the sailing being held in Weymouth and Portland, where she has trained and competed many times.

She said: “There is such a high level of expectation you see some people falling away even before the Games have started. It is not just about competing on the day, but years of preparation and all the people around you who have helped make it happen. The story is long, and there has to be huge dedication.

“There is nothing more incredible in any athlete’s life than to win a gold medal at the Olympics, and having been involved in the London Games with the Organising Committee of the Olympic Games Sport Advisory Group, these Games will be very special to me. Four years ago I did briefly think about trying to qualify, but there is no Yngling class, it is match racing. In the end I couldn’t stack the odds, and wasn’t prepared to take the risk.”

Shirley still enjoys sailing, but this summer will again be the BBC presenter at the sailing events, desperately hoping there will be lots of British medal winners to interview, just as she was when she stepped ashore victorious.