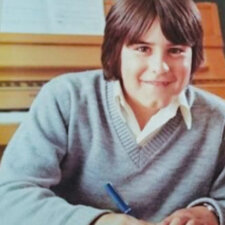 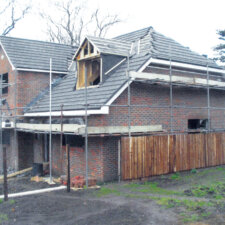 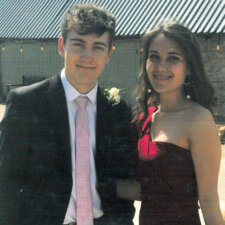 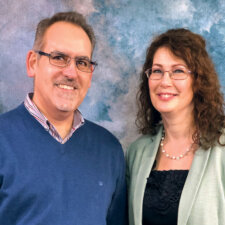 When he took a job with the old-established family firm Dabells Furnishings at the age of 25, Gordon Pressey could never have dreamed that one day he would end up owning the prestigious Island brand – but that’s exactly what happened. Jackie McCarrick tells the story of how a steady, determined and hard-working approach has shaped his life.

It was a job advert for a carpet fitting estimator with Dabells that popped up while Gordon was still working for Carpetland on the Gunville Trading estate in 1990, that was to be a major turning point in his life.  He had served his apprenticeship and worked for a couple of carpet retailers – but at that time the carpet industry was looking decidedly uncertain, after a series of high-profile company mergers and closures. 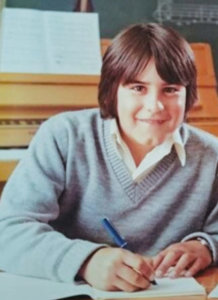 So, while the job at Dabells was offering less in his pay packet, it had other significant benefits, as Gordon recalls:  “It was a solid local company, very well respected, and I felt that a job with them was more likely to be permanent, so I was happy to take  an initial pay cut and hoped I could work my way up”.

He certainly did that during his 23 years with the company, and went on to develop such a good working relationship with the family that when in late 2012 the sad decision was made to close the old store in Town Lane, Newport, it was agreed that the floorings department was a strong enough element of the business to preserve and carry on.

Which was how Gordon and his wife Lorraine came to take on the Dabells brand, running it in a slimmed-down format as Dabells Flooring and Rugs – for  a short while in the old store whilst they sought a new location and now in Holyrood Street just a few hundred yards away.

They remain part of the same buying group that served the old Dabells – but most importantly they say they aim to continue the old traditions of customer service that the former department store was built upon.

It was typical of Gordon that when they had to move at short notice to their current premises, he stoically rolled up his sleeves and  got on with the painting and decorating himself. “I guess I’ve always been a practical person, so if a job needs doing I’ll do it myself” he says.   “We had to break out the paintbrushes working until two in the mornings to alter and then paint and decorate the new shop, whilst still working an eight-hour day to run the business in the old shop.”

This can-do attitude was never more in evidence than when he and Lorraine took the bold decision to build their own house 17 years ago.  At the time they were living in Sandown with their two young children, Gemma who was then four and Daniel who was less than a year old.

“At the time we were in the early stages of extending our house in Sandown but then we had this crazy idea to climb the housing ladder even faster by selling that house and building a new one” says Gordon.

They’d been told about a piece of land for sale in Newport’s Long Lane and fancied creating a home of their own design, so they sketched out their ideas, found an architect, and set off on their home-building dream. 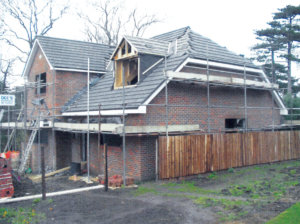 Of course, as with many of these projects, the dream at times turned into a nightmare, such as when their builder decided to emigrate just as they were about to begin.

“Our life was thrown into turmoil, as we’d committed to buy the land and there was no turning back”.

In the event Gordon persuaded the builder to do as much work as he could in the remaining three months before emigrating – which at least got them up to roof level, but it amounted to just ‘a shell’ for the family to move into, and a mountain of work for Gordon to do himself.

“When we moved in we had a kitchen with bare carcasses and bare plaster” he recalls.

“Somehow – and I’m not sure how we managed it – we went from extending and selling one house to half-building one we were living in.

“At the same time, I was working full-time, Lorraine worked part-time and then she had to entertain the children during the evenings and weekends while I was finishing the house.

“My son didn’t know me till he was six!” he jokes.  “Every Bank Holiday and weekend the kids were out with their mum”

“I couldn’t even use a computer but I had to go out and buy one and learn all about spreadsheets.  Fun times … but I’m not sure I could do it again now at 55!”

Luckily he probably won’t have to, because all the family’s hard work and sacrifices finally paid off when their four-bedroomed detached home was finished.  As it is in an area predominantly of bungalows, they designed the distinctive two-faceted red-brick house on two levels to blend in better with the neighbouring properties.

For somebody who says he never had a clear idea of what to do with his life, Gordon’s certainly come a long way.

The former Medina High School boy is proud of his working class upbringing in Ventnor.  His dad worked as a fishmonger and then a painter and decorator, and never pushed the young Gordon in any particular direction.  But dad clearly exerted a quiet influence, because Gordon vividly remembers his parents self-building their house in Upper Ventnor, through a council-run scheme of the time.

“I can recall both of them working on the roof together, and I guess that must have left an impression on me” he says.

Ironically, he also recalls being taken by mum and dad to the old Dabells department store, to buy his school uniform or visit Santa’s grotto at Christmas.

On leaving school, Gordon had tried engineering, worked in the former menswear shop Paul Wingard’s, and even ran his own beachside fashion shop on Ventnor seafront for a season when he was 20, before the world of carpets came a-calling, and his future began to take shape all on its own.

Now he and Lorraine run the business between them, with Gordon still doing estimates and site visits. They also have a team of self-employed contract fitters, many of whom have worked with Dabells from the old days.  “We hang on to our fitters as they’re a big part of the personal service that we trade on” he says.

And it’s customer service and personal relationships that Gordon sees as the possible saving grace for embattled retail High Streets.

While it’s undoubtedly tough out there, he’s optimistic for the future of local service-orientated businesses. 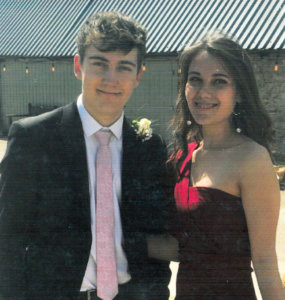 “I look at Ryde and see how Union Street has improved itself with lots of niche businesses” he says.  “That’s the way Newport needs to go too. The big national chains tend to come and go, but local businesses can be more invested and involved with their customers – it’s a different job for us”.

“I’d encourage other independents to look at having small shops: the internet is not as much of a threat to businesses like ours that offer customer service and professional advice”.

Of course to a large extent, Dabells will always trade on its history, and many of its customers come back for decades and are known by name (sometimes, even the colour of their carpet!).

When Gordon and Lorraine go on holiday, a relative covers for them at the shop, and once remarked that the people who come in are “less like customers, and more like friends”.