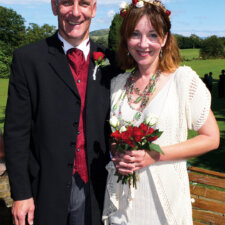 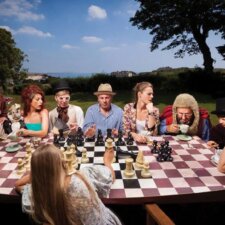 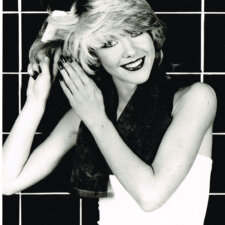 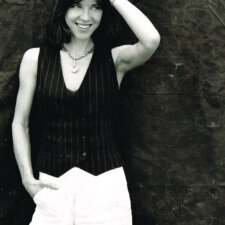 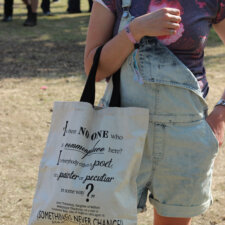 Gail Downey-Middleton’s approach to running a bookshop is distinctly different. 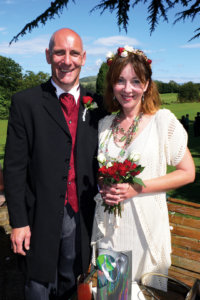 In fact, with its welcoming blend of coffee, cake and conversation stirred into an eclectic mix of old and new books, gifts and cards, her award-winning emporium is more community hub than retail outlet.

But then this former model and fashion designer has made a habit of doing life differently, as Jackie McCarrick explains.

Every year tends to have its highs and lows, but for Gail Downey-Middleton, 2016 will certainly go down as one of extremes.

For as well as being the year her fledgling shop in Freshwater won the accolade of Best New Business in the Island’s Venus Awards – it has also been the one in which she lost her beloved husband Peter to cancer, in August.

Few people would be able to carry on opening up shop and fulfilling the demands of a new business when faced with such a bereavement, but for Gail, ‘Mrs Middleton’s Shop’ along with its sister shop for children, The Rabbit Hole, an Alice in Wonderland-inspired ‘Constant Tea Party’ is a passion that continues to drive her.

Apart from anything else, the renovation of the bookshop and garden at their Freshwater home had been builder Peter’s last project before he became ill, so she takes some comfort from carrying on what they started together.

“It helps me to feel close to him” she says. 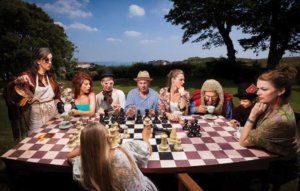 Peter’s chair still takes pride of place in the shop, reinforcing his presence there, and the local community has been ‘incredibly supportive’  through the toughest of times.

But it’s undoubtedly Gail’s own positivity and open approach that gives the business its unique character and appeal.

It wasn’t long after moving to the Island in 2012 that Gail started indulging her own love of books by taking a job at a bookshop in Yarmouth.  The longer she worked there, the more  she found herself yearning for a shop of her own.

“I always fancied the sort of place where people could drink coffee and read the books, and I quite liked the idea of selling £2.50 fiction right alongside expensive volumes” she said.

It was a vision that simply wouldn’t go away, and grew to the point where Gail reckoned she had to give it a go.

With limited resources, she started buying books and then got herself a super-duper coffee machine via Wightbay for a quarter of its original price, paying it off in instalments. 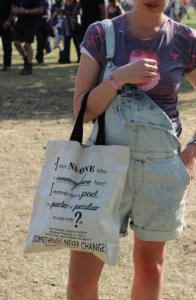 She enlisted help to bake cakes, and was delighted when local parish councillor and historian John  Medland took charge of the history books section and then started running an ad-hoc advice surgery from the shop.

“I was thrilled because the shop was becoming more and more of a resource for the whole community” says Gail, who also runs storytelling sessions, poetry readings and other live events at the venue.

“When I started out, I really didn’t know if Freshwater wanted a bookshop as much as I wanted to run one – but there came a point where I thought: ‘Yes – this is working well!’

What Gail particularly loves is the way books encourage people to talk and open up about themselves.

“All day every day, people come in and take centre stage – being around books seems to make them talk.  Everyone has a story to share and I love that openness and nostalgia.  Actually it’s a kind of magic!”

It’s for this reason that Gail has a strict rule for herself – never to read when she’s in the shop.

“If you have your nose in a book, the message you give is ‘Go away, I’m reading’, so no, I would never read in the shop.  There are too many interesting conversations I’d miss by reading, so I save it til I go home!”

Not surprisingly, Gail is a prolific reader – “everything from high brow to low-brow” and lots in between –  not to mention a researcher and author on her pet subjects of Lewis Carroll and the Bloomsbury movement.

Soon after discovering and falling under the spell of the West Wight, she visited Dimbola Lodge and became captivated by the work and life of Julia Margaret Cameron.

This led her to her making connections between the pioneering Victorian photographer and the arty Bloomsbury set that followed her – including Alice in Wonderland author Lewis Carroll.

Gail’s findings – which she outlined in her own book The Freshwater Circle Through the Looking Glass –  were so ground-breaking that academics still consult her on the subject.

They also fuelled her fertile imagination and, as a trustee of Dimbola Lodge, she masterminded a Mad Hatter-themed makeover of the Lodge’s tearoom which in 2013 won the Museum and Heritage Award for Excellence for best project on a limited budget – beating off competition from the likes of The British Library and National Galleries of Scotland. 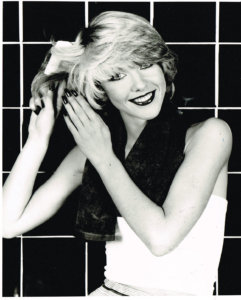 Always arty and fascinated by fashion, Gail originally began training in fashion design at Eastbourne College in the late 1970s – but her rebellious spirit was soon showing itself.

“When the lecturer asked us to draw three outfits for the spring and summer and then went off and left us to it, I threw down my pens and put on an Ian Drury track!” she laughs.

She promptly joined a model agency in London – not, she insists for the glamour, but as a way of learning more about the fashion industry – and never went back to the college.

“As a model you can be a bit of a spy” she says.  “The role itself demands nothing from you, but you absorb so much from the people you meet – and I met a lot!”

To while away the endless hours of sitting about  during photo shoots, Gail would indulge her creativity by knitting incessantly, and this continued even after she joined the London’s famous Select Model Agency when she was 19, and went on to become the top  earner on their books.

“People always refer to the modelling as glamorous, but I really never had any ambitions to be a model at all” she says.  “For me, it was all about learning the fashion industry.”

By the age of 23, having given birth to her first child, James, she reckoned it was time for a career change.

“I had tramlines under my eyes and thought my modelling days were probably over” she quips.

By this time she’d already been noticed for her knitting skills by the fashion designer John Galliano, who had seen her on fashion shoots.  He asked her to produce some of his knitted designs – which is how she came to crop off her long hair, give up on the thought of modelling and go to work in his London studio for £60 a week – a fraction of what she’d been commanding as a model.

As soon as she started producing his designs, though, she recalls:  “I realised this was something rather special, and wasn’t really surprised when John and I were literally mobbed by buyers wanting them.

Gail carried on working for Galliano for six years, and recalls it as a fantastically creative period.

“I had to climb inside his brain and pre-empt what he was doing – by the time he told me, I’d knitted half of it already.  I considered that to be a great gift, to be able to work with somebody like that.”

By 1989 Gail was mum to her second son, Eddie, and decided the time was right to launch out as a fashion designer in her own right.  That was when she set up a fashion label with her sister-in-law – although it proved a short-lived enterprise at that stage, thanks to the ensuing recession.

However, she proved her ability to bounce back by training as an actor, whilst returning to modelling in a different guise via TV commercials.

Having trained in acting for three years, Gail landed some TV roles in shows including Casualty and The Bill.

It was an accident in 2003, when she broke her foot, that led her to start chaperoning younger models for her old Select agency – and it was through this that her own fashion design aspirations were re-ignited.

“One of the models I had at my house, Amy Wear, suggested I do a fashion show, and from that, top producer John Walford offered to do it for me.

“Incredibly, we got big names like Anna Piaggi and Isabella Blow on the front row, and it all really took off from there”. 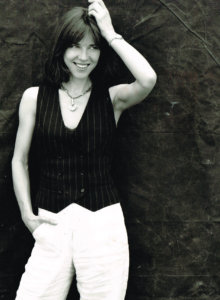 Gail teamed up with Amy Wear to create the fashion label Weardowney, and ended up with a shop in London’s prestigious Connaught Village.  By this time she had encountered two of the big loves of her life:  Peter Middleton and the Isle of Wight.

“We first came to the Island in 2004 and fell in love with it instantly” she recalls.

“In 2006 we bought a little holiday home in Yarmouth and spent every minute we could here.”

Whilst they longed to re-locate permanently to the Island, they realised it would be a big leap, especially with Gail’s youngest son Joe on the brink of secondary school.

In fact it wasn’t until 2012, when Joe was 13, that the family finally crossed the Solent for good.

At that time, Peter had been given the all-clear after his original treatment for male breast cancer, and they were looking forward to building a new life.

Sadly, he was to receive a terminal diagnosis in 2015 – although he and Gail were determined to make the most of the time he had remaining.

As an active member of Freshwater Independent Lifeboat and Coxwain of the ‘D’Class boat he continued training youngsters to become competent crew members for as long as he was able, and in May he even walked four miles of Walk the Wight event to raise funds for the Earl Mountbatten Hospice.

“He had an amazing quality of life during the time he had left” says Gail.

“Peter died early, but being with him over the last year underlined for us just how important it is to live in the present moment, and to enjoy what you have while it is here.”