Floyd Higginson: A man of conviction

Home|Interviews|Floyd Higginson: A man of conviction
Previous Next

Floyd Higginson: A man of conviction 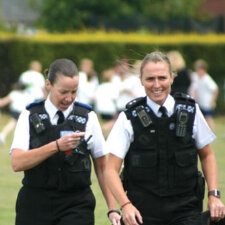 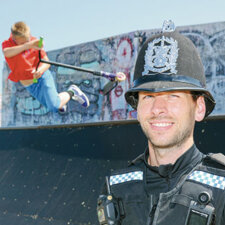 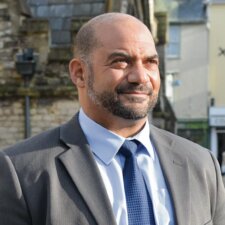 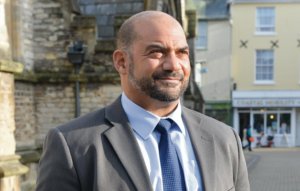 A comprehensive review of how police investigations are carried out on the Isle of Wight has recently been completed.

The pilot scheme, headed by Det. Insp. Floyd Higginson, has proved so successful during its seven-month trial that it will soon be introduced across Hampshire.

Following inevitable Government cuts, it was essential to make the Hampshire and Isle of Wight Force ‘leaner and meaner’. Det Insp Higginson was chosen to head the pilot because of his 22 years experience as a CID officer, with much of his service centred on crime investigation.

He describes the Island as a ‘testing ground’ for the way future police investigations will be structured elsewhere. He said: “Basically our unit comprises not just CID, but also uniformed officers and Police Staff Investigators. It is a One Stop Shop for all crime, which is good for the community, good for the victim and good for the development of Police Officers.”

So whether it’s car vandalism, shop lifting, assaults or even homicide, the Newport-based team will deal with any incident ‘from cradle to grave’, providing continuity across all fields of crime, with the emphasis very much on ensuring the safety and wellbeing of victims. Det. Insp. Higginson underlined: “The victim is paramount. All victims will be treated according to their needs and requirements at the time.

“My job was to come here and amalgamate the resources, to make sure we had sufficient numbers to do the job, and ensure that if a job comes in we can give a quality of service with the right officer going to the victim at the right time, focussing on the victim’s needs.

“For me at one time it was all about getting someone to a conviction; the whole mind set of the Force now is that prosecution is secondary. Of course we want to convict criminals, but some people want to know that they are safe, and our job now is to protect those who cannot protect themselves.”

Born and raised in Wolverhampton, Floyd Higginson moved south when he was 16, spending six months Royal Navy training on HMS Raleigh in Plymouth, before arriving in Portsmouth to serve on HMS Manchester as a sonar operator and physical training instructor. He recalls: “I got off the train at Portsmouth, and didn’t really know where I was, because apart from my spell in Plymouth, I had never really been outside Wolverhampton.” 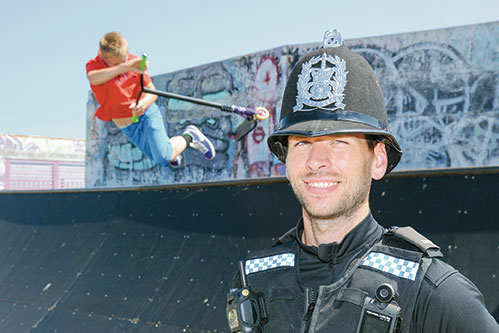 At 27 he reached a crossroads, knowing he could stay in the military, or make a life away from it. So after a variety of jobs from selling vacuum cleaners to pension schemes, he applied for the police force. He said: “I filled my application form out, and three months to the day I found myself as a beat officer in Cosham.

“The local community were very supportive in general, but there were those who weren’t too keen to see me, because I wore a uniform, and I have to be honest, because of my skin tone. One of my biggest ‘downs’ was when I was off duty playing local football in Cosham and I was assaulted because I was recognised as an off duty police officer. I was hospitalised for three days, and lost my faith in society and became very bitter. The story was picked up by the Sun newspaper who dramatised it by saying ‘Black off duty police officer assaulted’, although I maintain it wasn’t racially motivated – more that I was a copper.

“One of the highlights however was the amount of well wishes I received during my time in hospital from people I had served in the community.”

That led to him being asked to form the first money laundering unit for Hampshire and the Isle of Wight. He recalls: “We had some great successes, taking out a lot of recognised drug cartels that were using property as a front. We only had a team of four, but even managed to curtail the criminal activity of two solicitors involved in the obtaining of properties for criminals.”

Floyd then applied to become a Detective Inspector; he was again promoted, this time in the role of public protection work – protecting vulnerable children, elderly adults and the vulnerable in general. He became a member of the public protection investigations unit, leading a team of 20 dealing with vulnerable people, including child abuse, child death investigations, sexual abuse within families and people trafficking involving slavery and servitude. He said: “That threw up a lot of big challenges, because, for example, you cannot approach unexpected child deaths like you would a murder case.”

When it was decided the Hampshire and Isle of Wight Force needed to go through a complete structure change, including reducing management levels and working more effectively because of funding cuts, it was decided to pilot the new structure on the Island. Because of his experience across a whole range of criminal fields, Floyd was asked to lead the scheme and arrived at Newport in April this year. Although he still lives on the mainland, he travels here every day, saying: “When I get on the ferry to come over it still feels like I am going on holiday, the Island has a feeling of tranquillity.”

The first operation was to pull together all the CID staff, and boost the team with police constables, and police staff investigators – as Floyd describes it ‘a mixed economy police force within one building’. It provides expertise for volume crime, like vehicle theft; expertise around serious crimes such as burglary, child and adult abuse and assaults up to homicide. 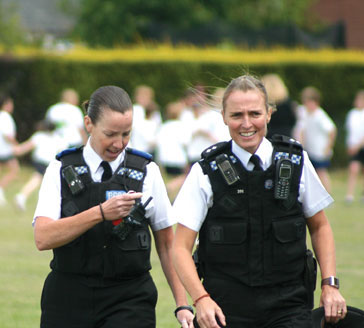 The Island’s CID boss said: “Although cuts have been made, the department is now more effective and efficient – leaner and meaner. The scheme has been successful, and as a result from January 14 Hampshire Force’s mainland operation will be similarly structured.”

He added: “A close community and with everyone knowing everyone else on the Island normally makes investigation that bit easier for us. The solved rates of burglary are very good on the Island. We probably get a couple of burglaries a week, whereas in Portsmouth the numbers are higher. The Island is clearly a nice place to live. We had a spate of car vandalism in Carisbrooke, and the offender was caught. On the mainland that would have been at the lower end of crime with all that is going on.

“Because there is not so much of the ‘serious end’ stuff here, it gives us more time to focus on the volume crime, and do something about it. What is apparently clear is that we cannot do our job without community support, so any time anyone wants to tell us something, we are here to listen and provide an appropriate response.”