Home|Interviews|David Pugh: David has genuine passion for Island
Previous Next 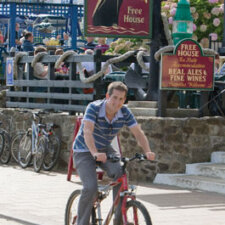 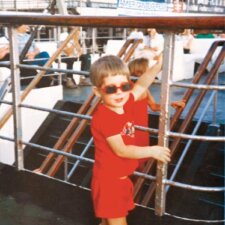 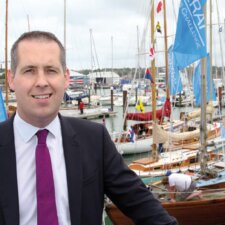 David Pugh used to play the cornet in Shanklin Town Brass Band, but these days he simply doesn’t have the time. Of course the cynics would say that as leader of the Isle of Wight Council he is now too busy blowing his own trumpet.

In fact, nothing could not be further from the truth. As a 32-year-old leader of the Conservative-controlled Council, he has already achieved much. He was elected to the Council in 2005, and just over two years later he found himself thrust into the limelight as its leader following the resignation of Cllr. Andy Sutton.

It would have been easy for him to get carried away with such a rapid rise to prominence, particularly for someone who grew up first in Newport, and then in Lake and Shanklin, and had to attend speech therapy lessons because he had great difficulty with pronunciation.

But amid all the hype and often controversy that has surrounded him these past five years, David remains a modest man, fully accepting he has made mistakes along the way, and could have dealt far better with some contentious issues. But like him or loathe him, there is no doubt he has a genuine passion for leading the Council and serving the Island to the best of his ability.

He smiled: “I think people sometimes have this caricature of me as this arrogant youngster know-it-all, but I am first to admit I don’t know all the answers. When some people meet me they do realise I am not actually a monster with two heads. 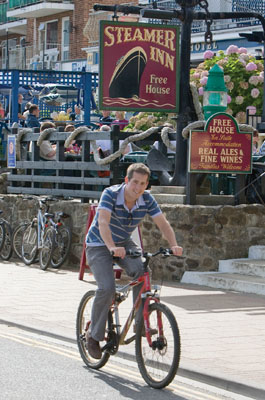 “I wouldn’t like to say I am thick skinned, because that may sound as if I don’t care about certain things. But I don’t allow emotion or personal comments to distract me from the fact we have to make decisions.

“When I am out in the street, generally people are very polite. I don’t mind discussing things when I am on my own – that comes with the territory. I find the vast majority may not agree with everything we have done since we were elected, but understand why we have done it.”

He recalls that the 1997 General Election was looming, and he began reading the Daily Telegraph which the head of Sixth Form left in the common room. He is not sure where his career would have gone if it had been the Labour-leaning Guardian newspaper instead!

After leaving Sandown High School David studied politics at the University of Aberystwyth. He was due to study there for three years, but stayed only two, explaining: “At the end of my second year I had just been elected national deputy chairman of Conservative Future. In the run-up to the 2001 General Election I was asked if I wanted to take a year out to work at Conservative HQ in London, working on the youth side of the campaign. It was a golden opportunity to get involved. Politics doesn’t generally attract everyday people; it is a fairly unusual hobby.

“People who choose to get involved aren’t those you would necessarily see on a night out. It is a certain type of animal who gets involved in politics, and of course the danger of that is that politicians can become detached from the reality of life, so we all need a grounding to bring us back down to earth.

“The Conservatives didn’t win the 2001 General Election, but being involved in that campaign was good, and after that I was asked to take on the national responsibility for the youth wing of the Party. 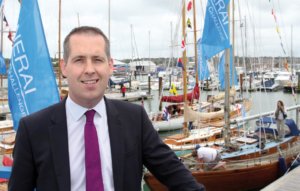 “So aged 21 I was working with a lot of MPs, helping with the development of policy and membership recruitment, and general organising skills; at the coal face of political organisation. We would get involved in many of the political stunts where I would turn up at a Labour Party press conference holding banners or placards, trying to get on the news. I went to countless press conferences; it was part of the sabotage of politics, trying to attract the media attention and distracts from that Party’s launch.

“I cringe about it now. I look back on it now with slight cynicism, because that is not really where politics should be. They were not my ideas; I was just doing what I was told.  No wonder the Conservatives were not winning the General Election if that was our campaign strategy!”

David was still only 24 when he returned to the Island, and was given the chance to stand as a Conservative candidate in Shanklin for the IW Council, and was subsequently elected in 2005, the year the Conservatives gained a landslide victory. Two years later he was the leader.

He modestly claims: “I wasn’t expecting that because I looked at some of the councillors who were elected at the same time and decided there would be no senior job for me because there were others with vast worldly experience I couldn’t begin to compete with.

“So it was all a bit unexpected. I did think it was very quick and looking back if someone had asked me in 2007 if I thought I would still be leader in five years time I would have been hesitant. Some people might have just thought I was a stop gap, and the Council would soon return to their senses and put someone else in. 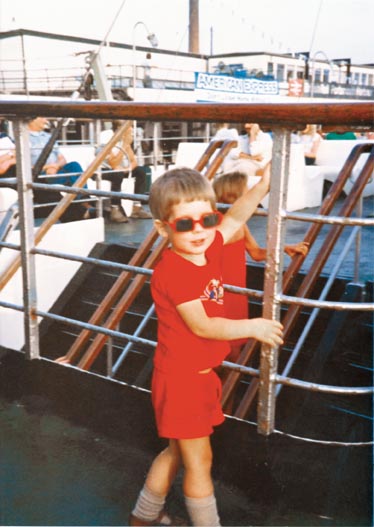 “But I have always been very clear that while I lead the Council it is not a case of single-handedly leading it. It is with a hugely experienced team, and they bring that experience to the table. I am just the front man. We went into the 2009 local elections having done some highly contentious things, not least of all the schools’ two-tier decision – the biggest landmark decision during my time – there were people writing us off from day one. There were protests, and there was no easy way to approach the issue.

“It affected virtually every parent on the Island and has impacted on a lot of people. So with any changes on that scale there are going to be casualties and fall-out. We could have done it differently but you don’t make an omelette without breaking a few eggs first.”

Budget cuts have meant sacrifices, but David thinks some have been for the good of the Island, saying: “Looking at how services are provided and taking them outside the Council and seeing them flourish has been comforting. We can’t take the credit, because that goes to those who have taken on the initiatives. Shanklin Theatre has a whole new lease of life; the new complex on Shanklin seafront that was a crazy golf and putting green, is now a vastly improved facility.

“The library situation was contentious but we had to reduce our overall level of expenditure over the last year and some of the savings had to come from the front line. We took the decision to no longer run five libraries, but we have good teams of volunteers and greater flexibility. We got the criticism, but now we can take the comfort from the fact these have come to fruition. We have had to cut our cloth and the community has risen to the challenge to help us do that.

“People have been made redundant and that is difficult. But there is no alternative apart from spending beyond our means or increasing the Council tax, and people don’t want that. No public authority will ever get everything right. But we have done things out there to put more money into the economy rather than have a bloated County Hall.”

David insists he has never really mapped out his long-term future, but accepts: “There is no disputing I enjoy politics immensely. I don’t like losing so in that sense I am quite competitive.”

Five years on from his leadership appointment he claims: “I don’t do my own ratings – I will let the public do that and we have elections next year. I have to say I am a very different man to what I was five years ago. I can meet Government ministers with far more confidence, and I probably listen more than I did, know when to stop talking, and recognise we don’t have all the answers.”

So can he eventually see himself as a Parliamentary candidate? He mused: “Never say never. I would be interested but not for a few years. I have a job and a big task here, and enjoy what I do. Often a Council leader’s role offers a greater opportunity to have an input into local decision making than Parliament does. No one would expect me to rule it out, but there is no map, so I will see where life takes me.”