Home|Interviews|Dave Wheeler: Dave takes a starring role in own front yard
Previous Next 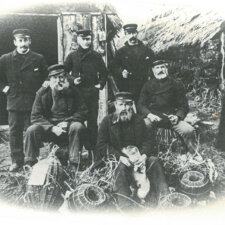 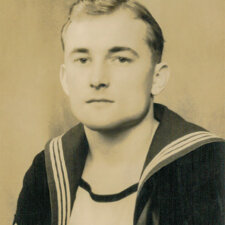 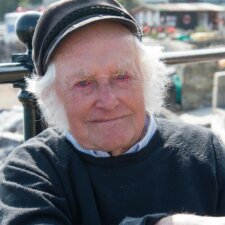 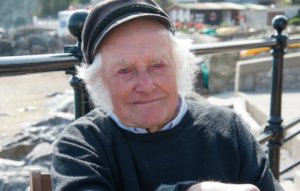 Dave Wheeler has been an Island longshoreman virtually all his life. Every day you can still see him walking along the beach in Steephill Cove, chatting to tourists, and helping to keep the area neat and tidy.

Dave is 87 years young, and has never lost his love of the area, tucked away on the south of the Island, and undoubtedly one of the most tranquil and picturesque spots.

He smiled: “It’s a bit like being a film star on a stage. People always want to stop and talk to you. Some come up to me and say ‘I’m sure you must remember me, I was here last year’. They like it if you say ‘oh, nice to see you again’ even if your don’t have a clue who they are.”

Dave was born in the front bedroom of the house at Steephill Cove where he still lives, although for spells during his 87 years he has ventured slightly further afield. He once moved to a house at Wheelers Bay, Ventnor – named after his grandfather – for about 10 years, before returning to his place of birth.

Dave’s father and grandfather were fishermen and hired out deck chairs in the Cove, and in fact the Wheeler family has been traced back to 1455, living in West Wight around Blackgang and Chale.

Dave reflected: The Cove was a nice place to be brought up. I went to three different schools in Ventnor, walking to and from school each day because there were no school buses in those days. I left school when I was 14, during the Second World War.

“I was still a schoolboy in 1940 when we saw a lot of war action around these parts. I remember watching the convoys being bombed out in the sea. On August 8, 1940 there were a whole bunch of German Stuka dive bombers out there, and suddenly one came in over the water heading our way. Then it just managed to turn away from us before crashing into bushes just about the Cove.

“I remember it as if it was yesterday; the plane came right over us. It had been hit by one of our Hurricane planes that came over Ventnor and fired a burst into it. The rear gunner was killed right over our heads, but the pilot brought the plane down safely and was captured. 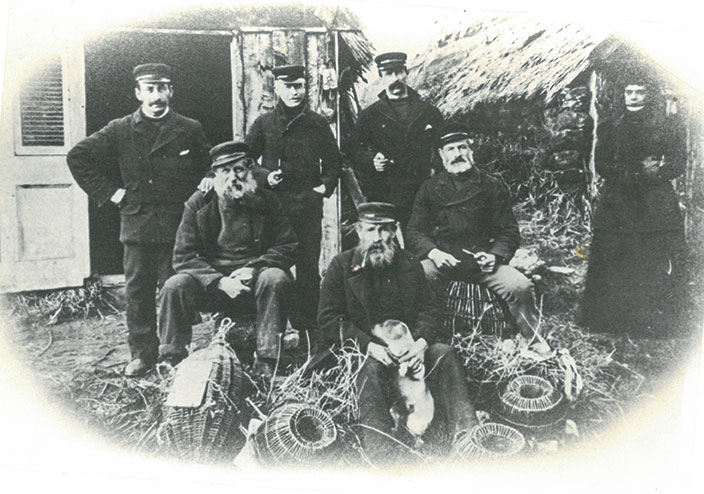 “That was the day that a lot of British and German planes were lost out at sea, south off the Island, and several ships also went down that day. As the war continued there were planes coming down all over the place. Me and my mate used to have our bikes ready and if we heard a plane had come down we would go off and try to find it, looking for souvenirs.

“We had an Oerlikon gun, manned by four artillery blokes, on the headland here, to shoot down planes that were trying to attack the radar station in Ventnor. Radar was one of the main reasons we won the war, because we could tell what planes were coming, and it gave our blokes a bit of time to get ready.”

When Dave was 17 he joined the Royal Navy and went on the ‘Cavalier’ destroyer, which was built at Cowes, and he served in the Far East and North Atlantic for the last couple of years of the war. He said: “The Cavalier has been preserved and is at Chatham Dockyard as the last World War II destroyer, kept in memory of all the destroyers and men who were lost. I have been up there since to see it.”

When Dave left the Navy there wasn’t enough work for him with his father William in the Cove, so he drove vehicles around the Island, mainly delivering bread. But when he got fed up with that, he found a job working for Jim and Fred Blake on Ventnor beach. He said: “It was a busy time just after the war, when people hadn’t had a holiday for a few years, so the beaches were packed.

“Thousands of people would arrive at Ventnor by train, and sometimes I would do a part-time taxi job, taking them from the station to their hotels, and then rushing back to pick up another lot. It was a mad world, but good fun.

“There were about 14 men working on Ventnor beach, and we doubled up as life guards, pulling a lot of people out of the sea who had got into difficulties. There was a rowing boat on the beach waiting for any emergency, and between us we saved a lot of lives.”

After marrying his first wife, Dave lived in Wheelers Bay and continued to work on Ventnor beach, driving a motor boat down the coast, and attending the deck chairs, which at the time cost three pence to hire for the day – just over 1p in today’s money. He said: “We worked very long hours in the summer, and in the winter we spent our time fishing, carrying out repairs and getting everything ready for the following summer.” 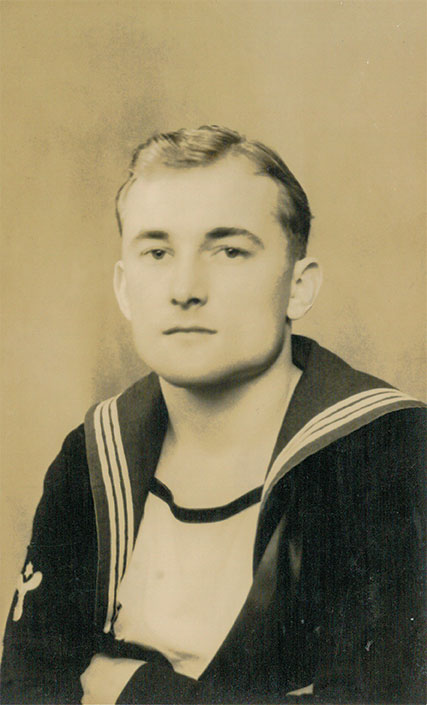 Following a divorce, Dave remarried, and when his three children came along money was tight. So he took a job driving Southern Vectis buses around the Island for seven years in the 1960s. He smiled: “Although it was hard to leave the beach, the money was good and I felt like King of the Road driving a double-decker. I used to do some fishing when I was not driving, and took the lobsters in the cab to sell to other crews at Newport bus station. When I handed the bus over to the next driver, he always complained it smelt of crab and pipe smoke.”

He continued: “After my father died, my mother suggested I went back to work in the Cove in 1970. It was a gamble because the kids were still young, but in the end it paid off. We did a lot of fishing to help pay the way, and did motor boat trips. But over the years, tourism has gone down and down, and with a lot of inland attractions on the Island now, nowhere near as many people sit on the beach these days. That’s the biggest change I have seen.”

Sons Mark and Jimmy still work alongside Dave in the Cove, and daughter Jane also lives there. Mark runs the Boathouse restaurant and Jimmy runs the Crab Shed in Dave’s front garden, and both double up as fishermen. Meanwhile, Dave, also a grandfather of five, even keeps the Cove toilets clean and tidy, taking over the duties when they were threatened with closure five years ago.

He said: “Being a longshoreman is a job where you have to be committed. You just can’t walk away and leave everything, because if the tide comes in people can get into difficulty, They need you to be around. But I have had an enjoyable life, and I’m still enjoying it. I am quite happy just being here; my travelling days are over.”

He now uses a walking stick to help get around the Cove, adding with a smile: “I started tripping up and falling over, so I thought a third leg might be handy. The trouble is I put it down and keep losing the damn thing!”