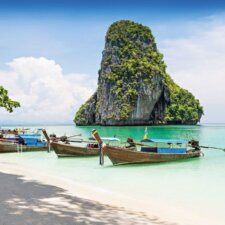 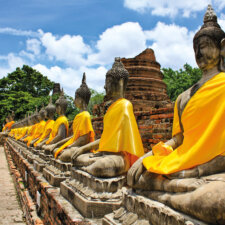 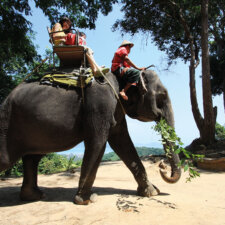 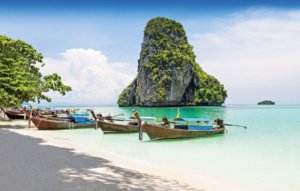 Our very first “taste” of Thailand was to visit the holiday island destination of Phuket some twenty years ago, writes Terry Willey.

At the time of booking it seemed more of an adventure to say the least and to an area of the world which was little known to me. We were advised that our flight would be direct to the island airport which lies to the south of mainland Thailand surrounded by the beautiful emerald coloured Andaman Sea. As our plane made its’ final approach to the Airport it was clear that we were to visit some of the most spectacular scenery as I looked through the plane window. I could see below several deep green Islands below and then across to the farmlands and forests and the bays and beaches of Phuket Island itself.

The beaches were sandy and clean, perhaps because they lack the ferocious power of the Atlantic breakers as gentle surf almost defines the pace of life on the Island itself. 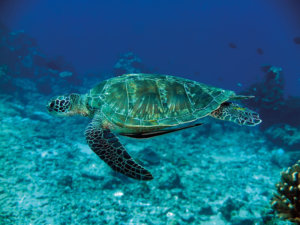 Interestingly, it would appear that no historian has ever been able to define the Island’s early inhabitants although there are many caves to visit which evidence the existence of hunters and gathers from days gone by. Quite surprisingly it is reported that over 40,000 years ago when the sea levels were low it was possible to walk across to the neighbouring Island of Phi Phi which is now an appreciable boat ride away. By the third century AD it is thought that Tamils from South East India settled nearby at Takua, Pha and Trang trading in spices and other commodities. You just have to explore this wonderful location and it was not long before we had booked several excursions to visit such caves and with the emphasis of our tours being by boat. The people are welcoming and surprisingly speak good English. Chinese Temples are in abundance both around the main capital of Phuket Town with many Buddha images can be seen and most flecked in gold leaf. The Temples are impressive and well worth a visit.

Our visit coincided with the Turtle Release Festival, which is a very auspicious day when young turtles are released into the sea at the well known Nai Yang beach. The festival begins very early in the morning with alms being offered to Monks accompanied by music, dance and food. To see the turtles make their way to the sea was both moving and dramatic. There is a clear sense of joy among the people as they celebrate the start of a new life for these lovely creatures. 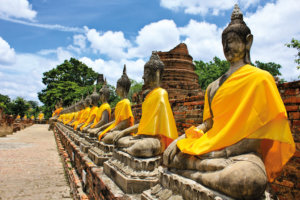 Our first excursion took us to the Island situated in Phang – Nga Bay which is situated some forty-seven miles north of Phuket. We were fortunate the weather was clear and bright blue sky was the backdrop for what can only be described as a monolith of limestone structures in the water.  As you travel by longboat past these Islands shaped like beasts I almost had to pinch myself to believe these absolutely stunning spectacles in the sea. We arrived into the bay itself and headed for Co Ping Kan which is known as James Bond Island as it was featured in the ‘Bond’ film ‘The Man with the Golden Gun’ and the tour guides were clearly most enthused to tell us all about the making of the film and the precise areas of filming. The view from the beach whilst having lunch was simply stunning and easy to re-cap the particular scene from the ‘Bond’ movie with the fast moving boats weaving in and out of the limestone structures in the water.

Our tour moved on to perhaps one of the most intriguing locations I have ever witnessed, at Koh Pannyi, a Muslim Village of some five hundred families built entirely on stilts in the water next to a limestone mountain. We were given a tour of the village and all the families seemed happy with their way of life but clearly quite poor as there was much begging. We were able to visit the individual wooden living accommodations and were offered food and gifts and it seemed only right that we reciprocated by providing some of the families with a small gift of money.   From there we moved on to the Tham Suan Ku Ha, a limestone cave with Buddha images magnificently illuminated by natural sun light pouring through the hole in the ceiling. Quite surprisingly these caves were cool and refreshing rather than hot and humid as is often the case. Our day trip to Khal Sok National Park to the west of Phuket involved a three hour journey through a mountainous park where elephants and tigers can still be seen roaming naturally and arriving at the Lampi Waterfall for a refreshing swim. 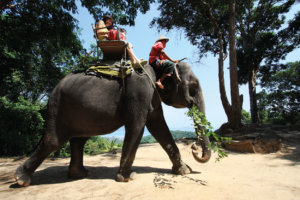 Interestingly although Buddhism is the principal influence which really shapes Thai morality there appears to be other several values of significance; one being Sanuk which simply translates to “fun”.  The Thai people judge the values of life as an endeavour by the amount of Sanuk in their lives and believe that if Sanuk is not evident then it is not worth pursuing!

Whilst today tourism in Phuket has developed ten fold since my visit over two decades ago it remains perhaps one of the most fascinating and stunning locations to visit and explore.